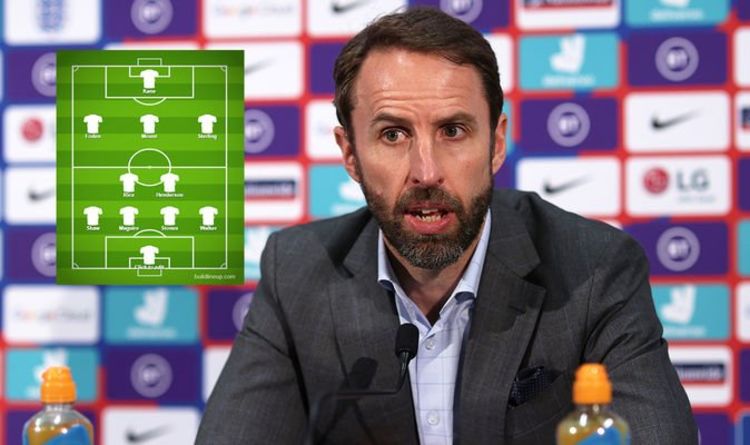 England boss Gareth Southgate has whittled his Euro 2020 squad down to a final list of 26 players. Southgate had to remove seven of the 33 he named in his provisional squad for this summer’s tournament and did so on Tuesday. Express Sport looks at the best XI Southgate could pick ahead of the opening match of the tournament against Croatia on June 13.

Jordan Pickford has rarely let Southgate down during his time as England No 1.

Dean Henderson has impressed at times at Manchester United this season but has not done enough to remove Pickford.

West Brom’s Sam Johnstone has had a fine campaign and deserves his spot as the third-choice stopper.

However, Pickford will get the nod to start this summer’s tournament at least. 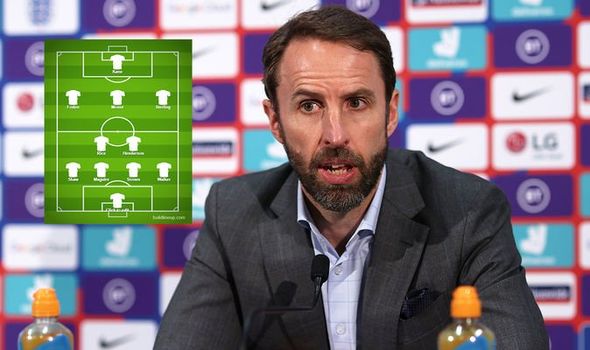 Southgate has a host of right-backs to choose from but Kyle Walker just gets into this XI.

He will likely line up alongside his Manchester City team-mate John Stones.

Southgate is likely to stick with a back four if both Stones and Harry Maguire are fit to start the tournament.

Maguire’s fitness will be a concern after not playing a single minute of action since May 9.

Luke Shaw gets the nod over Ben Chilwell at left-back after a superb season for Manchester United. 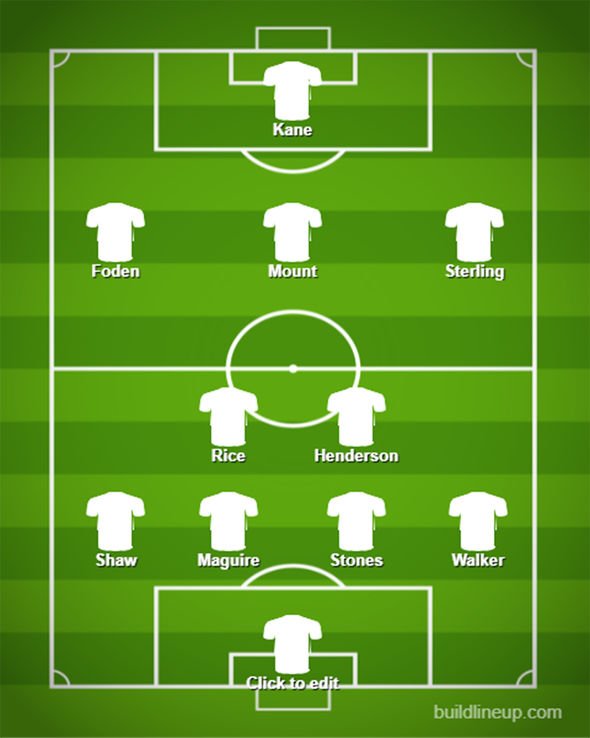 If Maguire’s fitness is a worry then Jordan Henderson’s definitely will be.

The Liverpool captain has not kicked a ball in anger since February but Southgate will be hoping the 30-year-old gets some valuable minutes in the upcoming friendlies.

Declan Rice is likely to be Henderson’s partner in midfield after proving his fitness in the latter stages of the Premier League season with West Ham.

Mason Mount is an almost guaranteed starter for both club and country and will float around as the creative midfielder.

Captain Harry Kane will spearhead the attack for Southgate, three years after winning the Golden Boot at the World Cup.

England will be pinning their hopes on the Tottenham man and hoping speculation over his future does not affect his performances.

Raheem Sterling has struggled for City of late but has often saved his best for England and could do so again this summer.

Phil Foden makes up the XI after proving his quality in a superb individual campaign domestically and in Europe.

‘It was inappropriate’: Serie A chief sorry after outrage over monkey painting