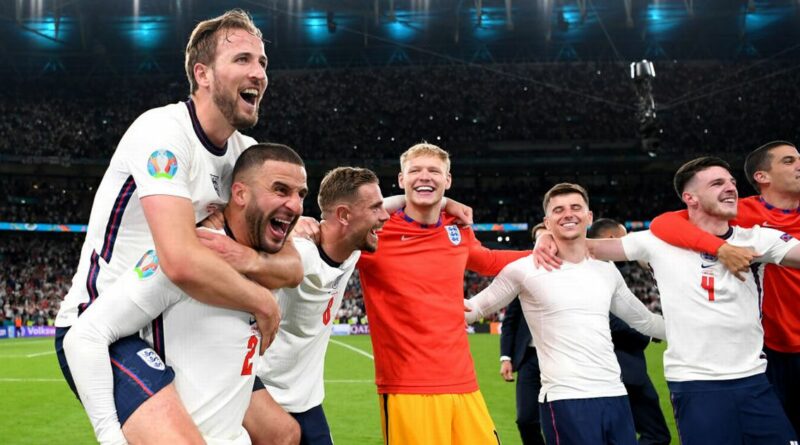 England players are set to party all summer if they beat Italy and lift the Euro 2020 crown at Wembley on Sunday night.

The Three Lions are in their first major final since 1966 with Gareth Southgate's side looking to 'bring football home'.

There has been suggestion that the players will copy Phil Foden's blond hairstyle should England be victorious.

While a trip to Las Vegas also seems to be on the cards were the Three Lions to end 55 years of hurt.

Foden told talkSPORT: "If we win it, I told the team they'd have to get the same hair as me and they agreed, so hopefully if we win, you'll see everyone with the same haircut."

Jack Grealish was also questioned on the potential celebrations with the Aston Villa star seemingly the one instigating a trip to Sin City.

He said: "Go to Vegas for ten days. I've never been. Straight on a plane to Vegas and I won't be coming back."

With goalkeeper Jordan Pickford set to join him and live the life: "Three weeks in Vegas with Jack, it'd just be a great experience. I'll definitely be getting the rave on for a good spell."

Will England beat Italy in the final of Euro 2020? Let us know your score predictions in the comments section

Declan Rice has started every game for England with the West Ham star previously saying he would have his first beer were the Three Lions to win the tournament.

And Jadon Sancho, who is set to join Manchester United after the tournament, is tempted to follow suit.

Sancho added to talkSPORT: "I'll join him. I've never had a beer before. I'm not a big drinker, I'll have to ask my mum if I'm allowed."

And Sancho is also open to going through with Foden's dare: "I'm used to dying my hair so it's not a problem if that's what we have to do, but I'm not going to be alone!"

Kieran Trippier will be following the crowd, with the Atletico Madrid star saying: "I've never been Vegas, it's never called out to me to go there. But I'll just follow where everyone else goes.

And the same goes for fellow full-back Luke Shaw: "I don't care, if we won the Euros I'd do whatever."

With a similar answer coming from captain Harry Kane: "All of the above, all of it, why not. If we win the Euros, everyone will be on cloud nine for sure. Whatever the lads want to do, we'll do."

Who has been Euro 2020's best pundit? Tell us in our survey

Though Leeds star Kalvin Phillips isn't quite so sure: "Everyone's saying they're going to dye their hair but I'm not sure if I want to do that. I don't want to have a full blond wig."

However the players choose to celebrate, should England win, the party is sure to last a while. 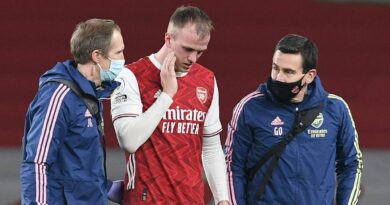