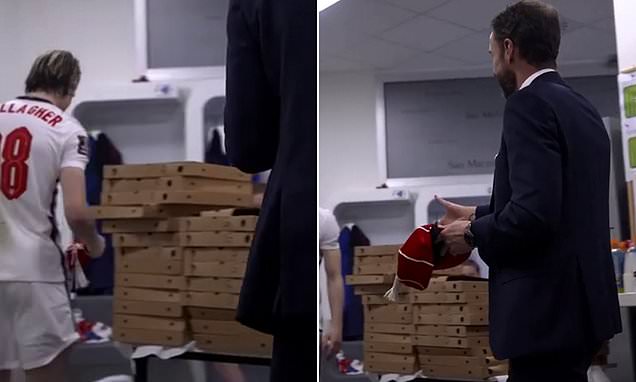 In Southgate we crust! England fans spot a mountain of PIZZA boxes while Three Lions boss hands out caps to debutants Conor Gallagher and Aaron Ramsdale as the squad are treated to a takeaway after thumping win over San Marino sealed World Cup spot

England players got more than just a slice of victory after their 10-0 romp against San Marino as Gareth Southgate rewarded his squad with a mountain of pizza boxes after sealing their place at the 2022 World Cup.

The Three Lions demolished the minnows – ranked the bottom side in the world – and it seems they also demolished a cheesy treat after fans spotted the cardboard containers while Southgate was dishing out caps to his two new debutants.

Conor Gallagher and Aaron Ramsdale both made their full England debuts against San Marino and were honoured with the traditional red caps – as has become custom during the coach’s tenure – but it looks like the rest of the squad were also handed a prize for topping their qualification group ahead of the tournament in Qatar. 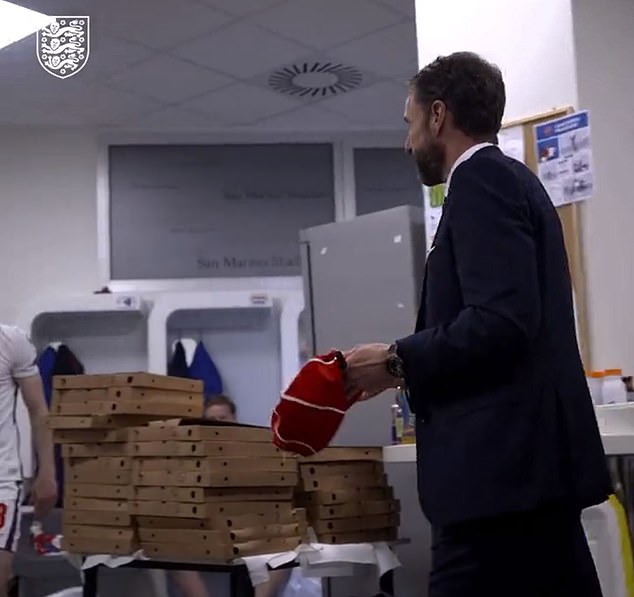 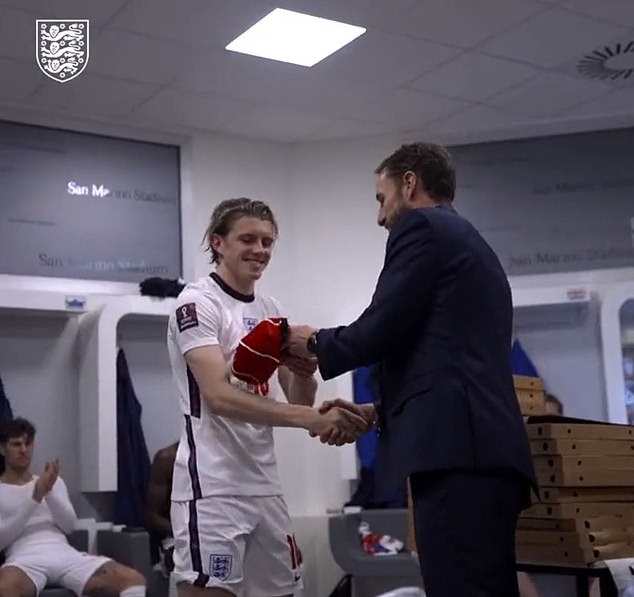 It seems like the squad were rewarded with the treat after sealing World Cup qualification. Pictured: Conor Gallagher receiving his red cap 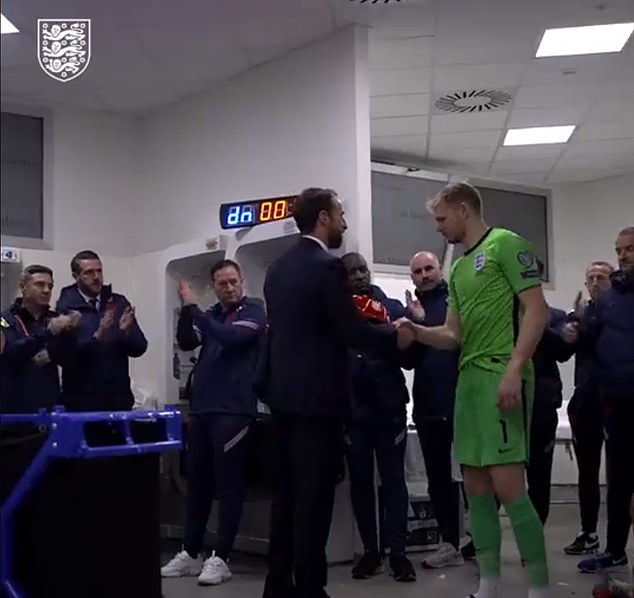 Southgate has often made an effort to bring the squad closer together with team bonding exercises, and while footballers might usually steer clear of pizza – with Cristiano Ronaldo glamorising healthy eating – the boss decided to let his players enjoy the night after a victory that may never be topped.

Fans were quick to point out the huge amount of boxes in the dressing room – with some joking they were empty boxes and the team had still managed to win 10-0 despite eating the pizza.

It represents a signicant relaxing of attitudes in the England camp, who once had the fierce Italian Fabio Capello banning ketchup in the canteen.

England ran riot in their final qualifier thanks to four first half goals from Harry Kane, with Harry Maguire, Emile Smith Rowe, Bukayo Saka, Tyrone Mings and Tammy Abraham also getting in on the act in the 10-0 hammering.

Southgate was left in awe of his stars after their big win and said their mentality was key to see off a handful of qualifying opponents no matter their reputation.

‘I’ve got to credit all our players and staff on a really good year. Their mentality tonight — because we can’t do anything about the level of opposition — the way they applied themselves was terrific.’ 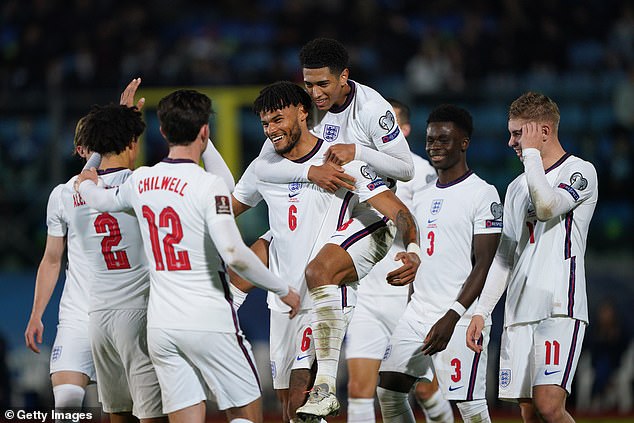 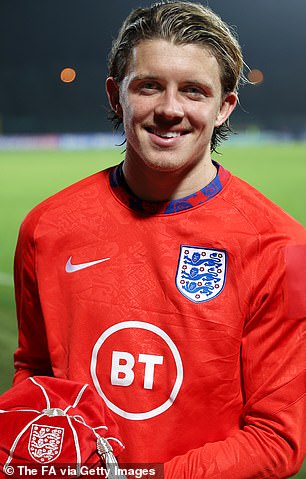 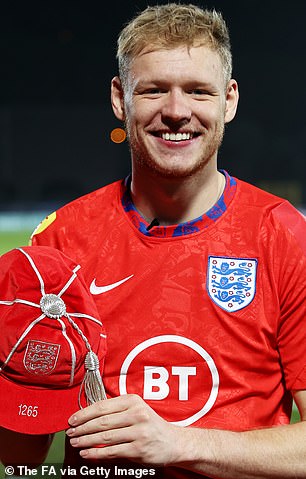 Smith Rowe scored and assisted on his first England start and Southgate indicated that the Arsenal midfielder is now a genuine contender to make his World Cup squad.

‘I thought Emile all week with us has given a really good account of himself, his quality and tight control is excellent and he is inventive in his play.

When asked how many places in his final World Cup party might be up for grabs, Southgate added: ‘I’ve not really thought that far ahead, now is a good period to reflect on that.

‘We’ve had 19 matches this year which is a lot in international terms and there’s a lot to take in.

‘But this is a good opportunity to take in what has happened.’ 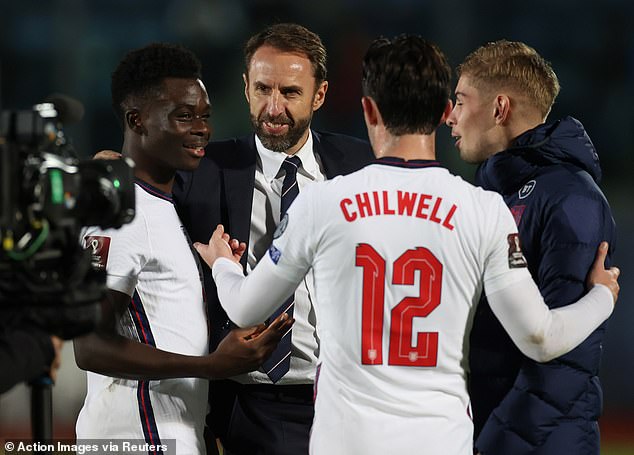 On The Debate Live: Dion Dublin & Gus Poyet on this week 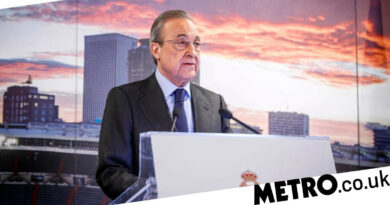