Home » Soccer » England vs Austria result: Five things we learned as Three Lions warm up for Euro 2020 with a win 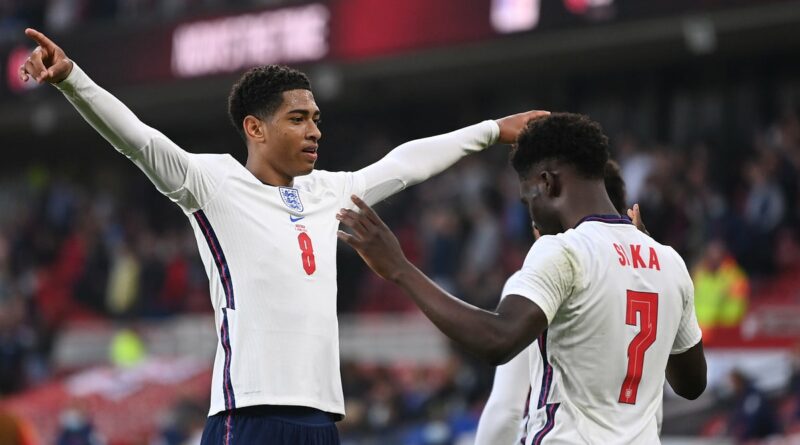 The build-up to Euro 2020 got off to a positive start for England, as they beat Austria 1-0 at the Riverside Stadium on Wednesday night.

England had the ball in the net 10 minutes in following a corner, but a foul had already been blown as Tyrone Mings committed a foul. Jude Bellingham headed straight at the goalkeeper when well-placed in the box and Harry Kane might have done better in a one-on-one, as the Three Lions dominated the first half amid some aggressive challenges from the visitors.

After a goalless first half, Gareth Southgate’s side had to pick up the pace to find the breakthrough and did exactly that with a sweeping move which ended in a tackle breaking the way of Bukayo Saka who side-footed home.

Marcel Sabitzer hit the bar with a clipped effort as Austria mounted a response, before a late effort had to be cleared off the line as England held on for the win.

Here are five things we learned from the warm-up friendly.

Trent impresses but at what cost?

Having named four right-backs in the squad, Gareth Southgate picked Liverpool’s Trent Alexander-Arnold to start, with Kieran Tierney on the left and the Champions League final duo rested.

Alexander-Arnold quickly got himself forward into dangerous areas to cross and almost opened the scoring early on after breaking into the area and firing in a high shot.

The switches of play and comfortable use of the ball infield that we’ve seen on a regular basis for Liverpool were there, but so too was the defensive diligence in stopping crosses and runners that some have erroneously criticised him as lacking.

In and of itself, it wasn’t an 88-minute showing which demanded he must start at the Euros, but it certainly showed there shouldn’t be any concerns over him doing so – in either half of the pitch.

However, he may not even get the chance.

A launched clearance right near the end of the game saw Trent give an audible shout and immediately clutch his hamstring – an assessment in the coming hours and days will determine just how bad the damage is.

A player described as “phenomenal” by his manager certainly put in a performance to back up that claim.

Powerful in the challenge, with good anticipation on how play would develop and the technical ability to break through the midfield, Bellingham was one of the most impressive performers in the first hour.

He should have scored an early header perhaps, but equally he made a big block on the edge of his own box on a shot which carried danger.

With lingering fitness doubts over Jordan Henderson, Bellingham perhaps pressed his case most for inclusion in the Euro 2020 opening line-up.

No holding back for Austria

Friendly? Not particularly. Austria took a decidedly ‘chop down first, ask questions later’ approach to their midfield work in particular, Xaver Schlager and the gang taking every opportunity to jump into tackles with a greater focus on aggression than accuracy.

Bukayo Saka took an early knock, but Jack Grealish was the predictable target on a more regular basis, several times taking heavy hits after attempted dribbles and turns away from tackles.

The yellow card came out more than once and the frustration it caused more than once to England’s players was understandable at times, but it isn’t anything they won’t expect to face at times at the finals.

There was a lot to unpack without too much being overly notable when it came to the triangle at the back.

Jordan Pickford’s distribution was noteworthy in a positive sense in the first half, one excellent through pass from deep and an accurate lofted pass or two setting away a counter-attack, while he also made a fingertip save onto the bar from Sabitzer. On the flip side, he fumbled another shot right back out into the six-yard box and a poor punch almost led to an equaliser, though also cleared a wayward backpass off the line.

Conor Coady didn’t have too much to do and was fairly routine in his work – Tyrone Mings impressed more in terms of defensive work. It could yet be between those two for one starting spot.

Tactically, England have largely gone 4-3-3 or a variation of a three-man back line for some time now.

Here, partly out of necessity and player availability, it was 4-2-3-1 with Jack Grealish the man through the middle – and he certainly played a central role in all meanings of the word.

However, there remains a question of whether England can use him there, particularly once Mason Mount is involved. The suspicion will be that Grealish is fighting for the left-sided role of attack in the more normal set-ups, with the likes of Phil Foden, Jadon Sancho, Raheem Sterling and Marcus Rashford all looking for action there, too.

Bukayo Saka perhaps made a case with his goal, though utility attacking sub option still fits him best at this point.

One more friendly for Southgate to consider his options – hopefully not to simply revert to type with the familiar-faced starters regardless of form or impact.

Lionel Messi may still be the master, but there is so much more to this brilliant Barcelona team

Christian Eriksen on brink of transfer ‘agreement’ with Inter Milan