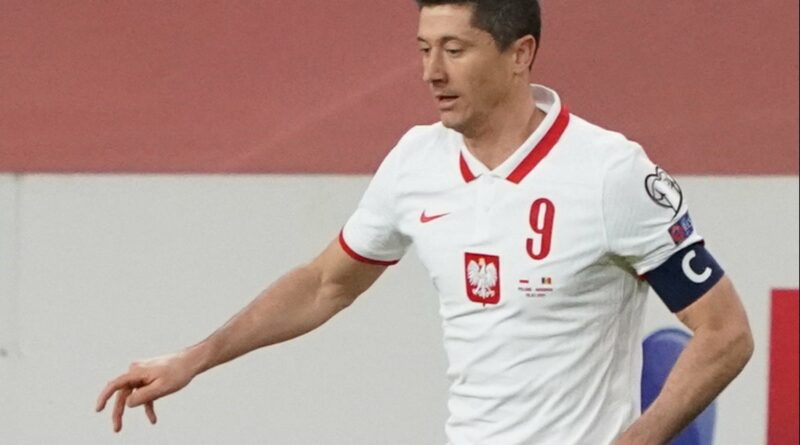 Robert Lewandowski will miss out for Poland in Wednesday’s World Cup qualifying match against England, with the striker having sustained a knee injury in his nation’s last game.

Captain Lewandowski scored twice as Poland beat Andorra 3-0 at home on Sunday, but the Bayern Munich man went off injured shortly after the hour mark.

The 32-year-old will be out for up to 10 days, the Polish Football Association confirmed on Monday, ruling him out of Wednesday’s clash with Gareth Southgate’s side at Wembley Stadium.

Lewandowski, who has returned to Germany for treatment, could also miss Bayern’s Champions League quarter-final first leg against Paris Saint-Germain next Wednesday.

Poland opened their qualifying campaign for the 2022 Qatar World Cup by drawing 3-3 with Hungary last Thursday, with Lewandowski’s late goal ensuring the points were shared in Budapest.

Dominic Calvert-Lewin netted a brace in the home victory over San Marino as James Ward-Prowse scored his first England goal and Ollie Watkins found the net on his Three Lions debut, with first-half captain Raheem Sterling rounding out the scoring.

The win against Albania came courtesy of goals from Mason Mount and Harry Kane, the latter opening the scoring with his first international goal since 2019.