Follow all the action as England host Romania in their final Euro 2020 warm-up friendly at the Riverside Stadium.

Gareth Southgate’s side defeated Austria 1-0 in their first warm-up game earlier this week, with Bukayo Saka scoring his maiden England goal. However, the victory was overshadowed by the late injury suffered by Trent Alexander-Arnold which will rule him out of the tournament, while Saka is also set to miss out tonight having picked up a less serious knock. Southgate will need to decide who to call up in Alexander-Arnold’s place, with the six remaining players trimmed from the provisional squad now having a last chance to stake their claim.

In more positive news, Jordan Henderson is set to make his first appearance since February after returning to full training. “The last two, three days training have been a lot more positive for him [Henderson],” Southgate said. “He’s been visibly happier within himself and that’s a positive sign.” Furthermore, Chelsea, Manchester City and Manchester United’s players will be available to feature, having missed out against Austria due to their participation in European finals at club level. Follow all the action live below:

Checking out the pitch

Romania face England this evening on the back of three consecutive defeats having missed out on a place at Euro 2020.

They are 43rd in Fifa’s world rankings which is 39 places lower than England but in 11 meetings the Three Lions have won just twice with their last victory coming in the 1970 World Cup in Mexico.

They are currently on a seven game winless run against Romania who have a couple of familiar names in their squad.

Captain and defender Vlad Chiriches made 27 Premier League appearances for Tottenham between 2013-2015, while Rangers forward Ianis Hagi is on the substitutes bench.

Jordan Henderson is one of the most experienced members of Gareth Southgate’s squad for the Euros. He hasn’t featured in any capacity since undergoing groin surgery in February.

As a Champions League and Premier League winner as well as being a part of England’s successful 2018 World Cup campaign Henderson’s experience could be crucial in guiding Southgate’s young squad through the tournament.

Yet there are still doubts over his match fitness and how many games he will actually play for England. The Liverpool midfielder is expected to play a part in today’s fixture with Romania and Southgate himself says things are looking positive.

“The last two, three days training have been a lot more positive for him [Henderson]. He’s been visibly happier within himself and that’s a positive sign,” said the England manager.

Questions over Gareth Southgate’s tactical ability still need to be answered but no-one can question the job he has done to create a unified and welcome atmosphere for his players.

In the match against Austria last week England’s players took the knee before kick off, as they have done all season for their respective clubs, and they were met with a chorus of boos from fans in attendance. The boos were eventually drowned out with cheers but they still happened.

Southgate told the media that his players were determined to continue taking the knee throughout this summer’s European Championship: 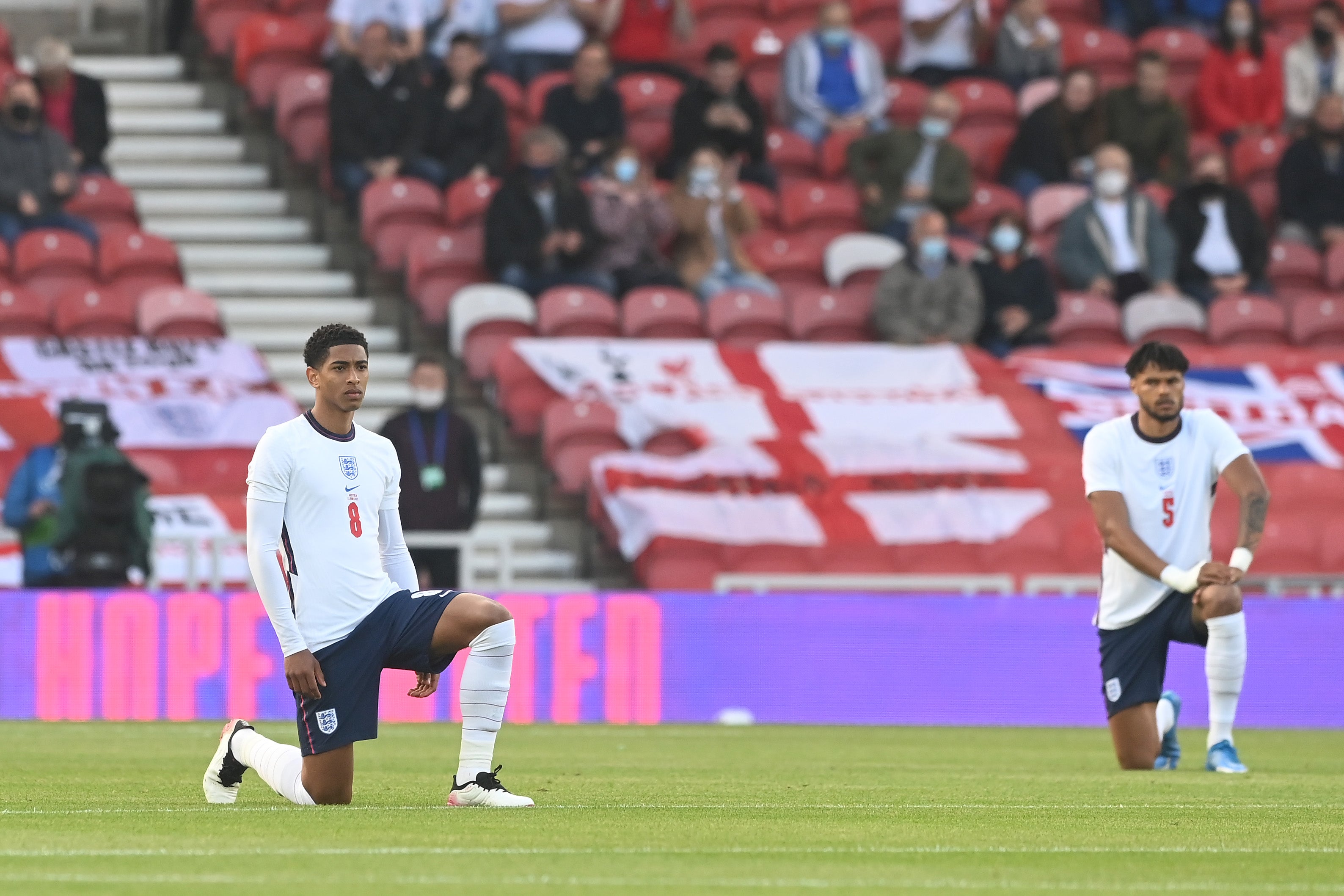 Gareth Southgate says England’s future is “really exciting” as he prepares to lead the Three Lions into Euro 2020.

Southgate has injury concerns for several of his experienced players such as Jordan Henderson and Harry Maguire but believes his young players can impress at the tournament.

17-year-old Jude Bellingham has impressed for Borussia Dortmund this season and more than held his own against Austria last Wednesday. 19-year-old Bukayo Saka has been one of Arsenal’s success stories and 19-year-old Mason Greenwood was hitting decent form before he had to pull out of the squad due to injury.

“Some of them have 10 caps or more at a young age,” said Southgate, “In the long term that will be really beneficial.”

Marcus Rashford captains the Three Lions against Romania tonight. With the plethora of attacking options for Gareth Southgate to choose from Rashford’s position in the starting XI against Croatia isn’t guaranteed.

He looked tired and underpar in the Europa League final for Manchester United but has the chance to play himself into the team with a good performance tonight. Can he lead from the front this evening?

Manchester United captain Harry Maguire is thought to be a pivotal member of England’s squad as the centre-back positions have been identified as a weak part in Gareth Southgate’s side.

Maguire hasn’t trained since suffering an ankle ligament injury last month playing for United but he remains in the squad and Southgate is optimistic that he will feature at some point.

“With any injury, it’s impossible to predict 100%. Our medical team are pleased with his progress, and particularly over the last couple of days,” said the England boss.

“We know there is always that risk, but all of the guidance is that he should be available, and it’s a case of when he can slot back into training with the group and how quickly we can progress him.”

There is still one place up for grabs in England’s 26-man squad after Trent Alexander-Arnold was ruled out of the tourament after picking up a thigh injury in England’s game against Austria.

Gareth Southgate says he wants to maintain “positional balance” in the squad and will choose Alexander-Arnold’s replacement after today’s match versus Romania.

Will he go for defensive cover in Ben White or Ben Godfrey or will Southgate look at Alexander-Arnold’s attacking threat and bring back Jesse Lingard or James Ward-Prowse? 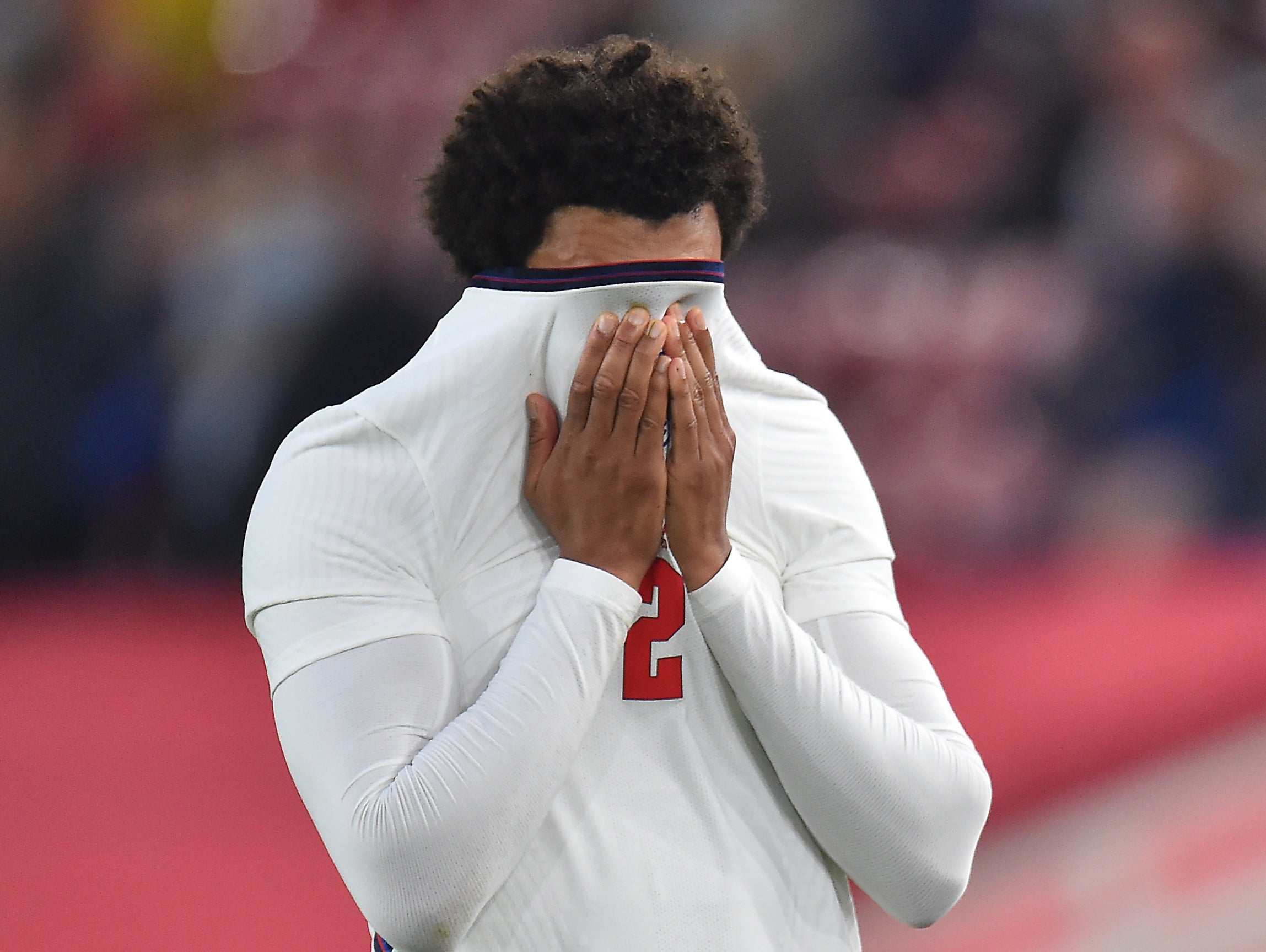 Alexander-Arnold ruled out of tournament with thigh injury

A week to go

England get there Euro 2020 campaign started in just one weeks time with their opening game against Croatia. With his line up for this evening’s match against Romania Gareth Southgate is giving some of his players one last chance to impress before the tournament starts next week.

Defenders Ben Godfrey and Ben White and midfielder James Ward-Prowse were not selected in the initial 26-man squad for the Euros but will remain on standby in case Southgate makes any further changes before the start of the competition. 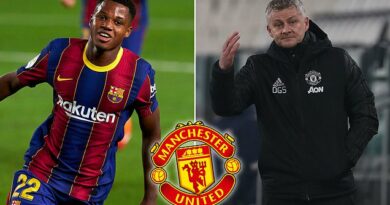