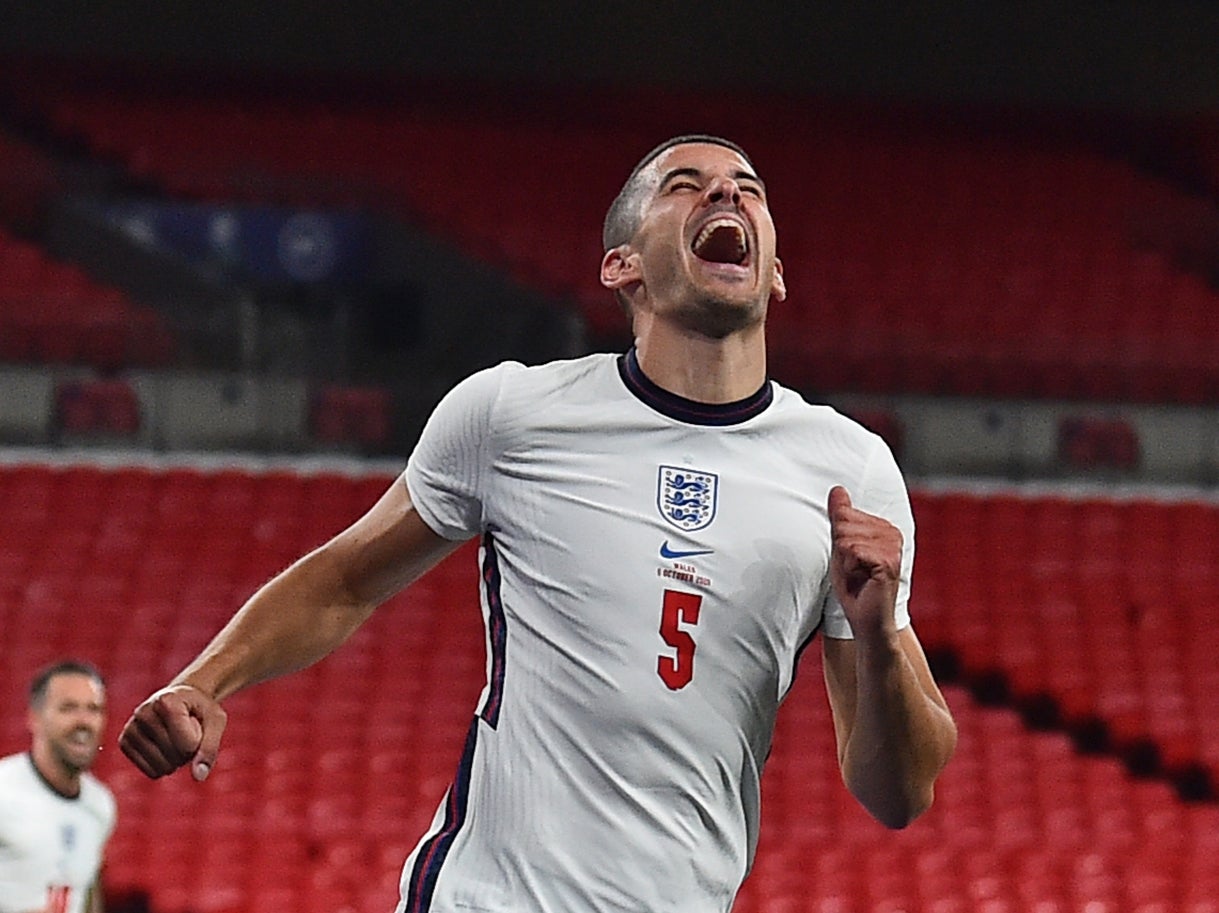 Conor Coady – 8: Still early into his England career, the Wolves captain looked at home at Wembley and was ecstatic after scoring with a strong half-volley from a Trippier free-kick.

Bukayo Saka – 6: Making his senior debut, the 19-year-old looked a little nervous and his poor headed clearance in the first half nearly set up Moore to score. The Arsenal youngster grew into the game somewhat, though.

Kalvin Phillips – 7: Leeds midfielder established himself as a presence in the middle of the pitch early on.

Jack Grealish – 7: Handed his first start for the senior side, the midfielder was unable to display his much-touted playmaking skills until his sharp cross assisted Calvert-Lewin’s header and kicked the Aston Villa captain into gear.

Dominic Calvert-Lewin – 8: In-form Everton striker’s confidence was clear just seconds into his senior debut, and he won almost every long ball sent his way. Couldn’t miss a header from a couple of yards out, giving England the lead. 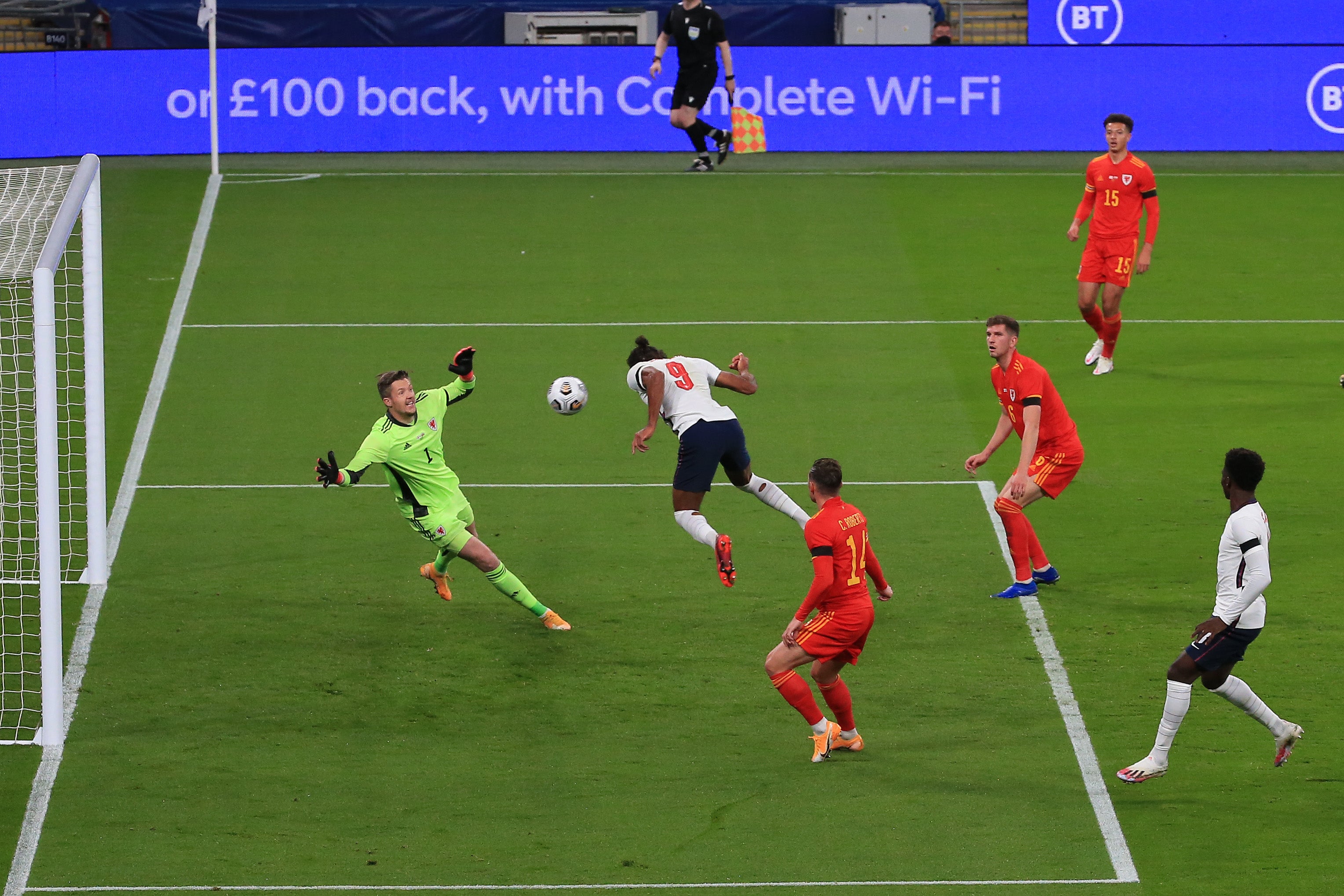 Danny Ings – 8: Making his first start for the Three Lions, the Southampton striker was as energetic as ever and exuded a lot of confidence in his decision-making. Netted with a cool overhead kick to make it 3-0.

Tyrone Mings – 7: Substitute headed the ball down to Ings for England’s third and pulled off a cheeky nutmeg moments later.

Wayne Hennessey – 7: Could do little to keep out any of England’s goals and saved very well from two deflected efforts in the latter stages of the game.

Connor Roberts – 6: At first looked hesitant to push up the right wing with Saka ahead of him, but started to provide some accurate curled crosses as the game wore on.

Joe Rodon – 5: Spurs target was tidy in his passing out from the back but was found wanting in terms of his marking during set-pieces.

Chris Mepham – 5: Like Rodon, was composed on the ball but sub-par with his marking in the box.

Ben Davies – 6: Spurs defender wore the captain’s armband but – like Trippier – had precious few opportunities to assert himself. 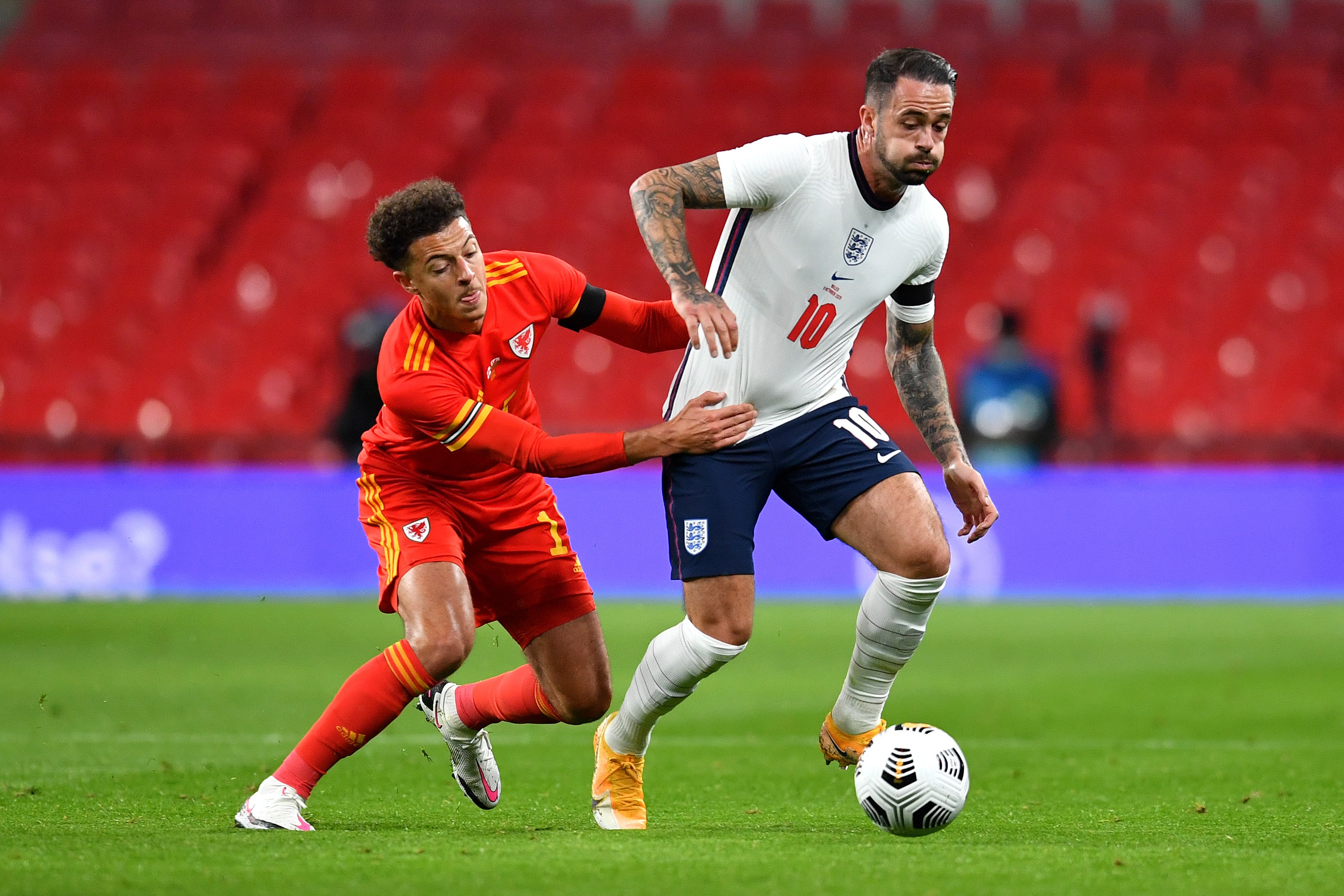 Ethan Ampadu – 4: Passing was way off and the midfielder failed to stop Grealish’s cross for Calvert-Lewin’s headed goal. Was booked in the second half.

Joe Morrell – 5: Had little impact on the game in the centre for Wales.

Jonny Williams – 5: Saw a decent amount of the ball but failed to do much with it.

Tyler Roberts – 6: Movement in the final third was lively and forced England’s defenders to be alert throughout.

Rabbi Matondo – 6: Found himself in promising spots at times but was somewhat let down by the positioning of his team-mates.

Kieffer Moore – 6: Wasted a decent first-half chance after a weak headed clearance by Saka, but his injury before half-time was a blow for the visitors.

Neco Williams – 5: Replaced the injured Moore shortly before half-time and endured a difficult second half.