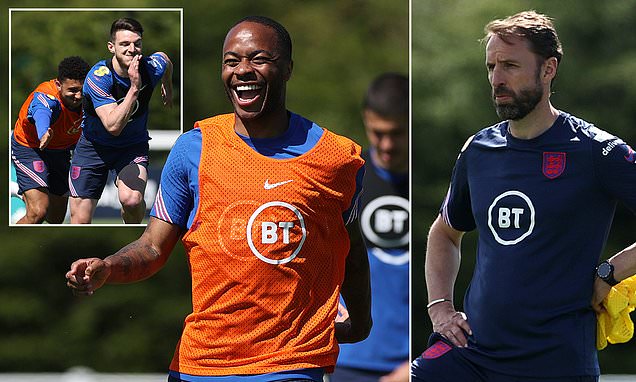 When the England players arrive at St George’s Park in Burton on Monday for the four weeks that could define their professional life, the spa hotel won’t be quite what they remember from previous visits.

It is a sumptuous venue with spa, pool and jogging trails set in the Derbyshire countryside. The only downside is avoiding the herd of inquisitive Jersey cows as you negotiate the outer edges of those jogging trails.

But luxurious though it is, it isn’t home. And that is the transformation Gareth Southgate and his team will have attempted to undertake so that when the squad of 26 walk into the lobby area and their rooms, it won’t feel like a hotel. It will feel like home. 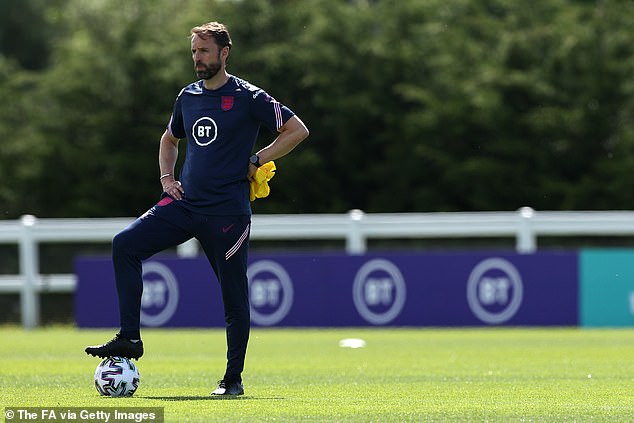 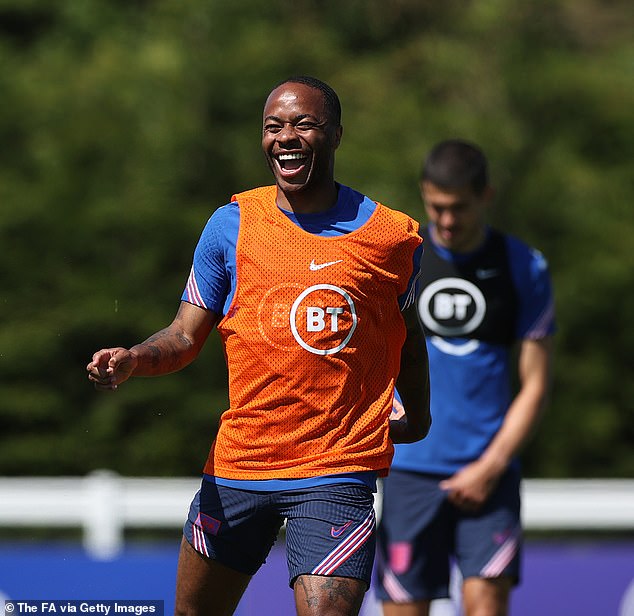 ‘It’s nice that we can prepare in familiar surroundings and that is always beneficial,’ said Southgate.

‘We can control more of the environment. We have had a fantastic week up here in Middlesbrough, a great balance of being able to relax and connect as a group but get good quality work on the training pitch. But home advantage is not as important as playing well and we have got to play well.

‘St George’s is an environment we are familiar with and we are hoping to change that environment a little bit so when the players walk through the door it is not quite as they have seen it before, so I am looking forward to that.

‘We have had a calm lead-in, although every day there are always issues to deal with, but that is the nature of any football club or international team.’ 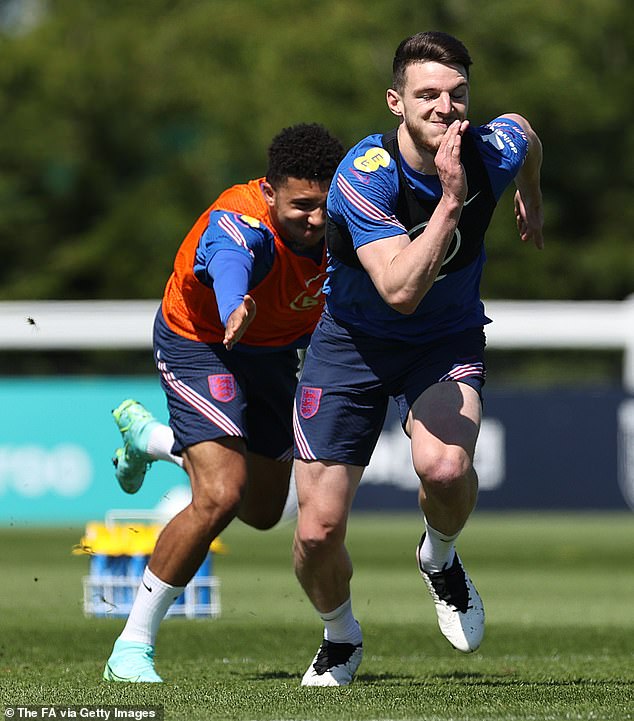 Southgate and his team won’t have left anything to chance. At the training camp based on the Baltic Coast in Repino, just south of Finland and surrounded by forests, for Russia 2018, there was a handwritten note from Southgate awaiting not just the players on arrival but every member of the back-room staff. Photos of family members had been placed in bedrooms and items of sentimental value transported to Russia.

It may seem unnecessary to outsiders. Some might gripe that they shouldn’t need home comforts when they’re here to work and win. But Southgate would take issue with that.

They will work, better in his opinion, and such touches can help them win. And whatever happens at this European Championship — and bear in mind that if England win their group, they’re heading for a potential last-16 showdown with Portugal or France, the two best teams in the tournament — one thing will remain as Southgate’s legacy when he leaves this job: he has changed the culture of the England team.

Southgate’s England when he was a player wasn’t like this. They too had the expensively assembled games room which suggested fun and team bonding and yet they never seemed to get beyond the team disunity that saw a Manchester United table, a Liverpool table and an Arsenal table at meal times. 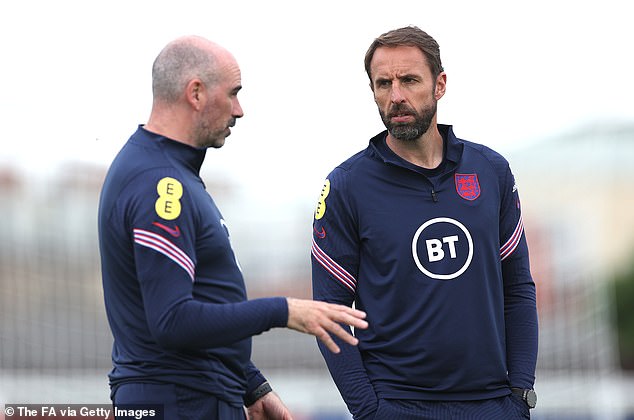 Not many truly enjoyed playing for England. Gary Neville would say that whereas Argentinians or French players at Manchester United would eagerly embrace international week as a chance to appreciate home comforts, playing for England was all duty and rarely pleasure.

The recent biographical film reflecting on Jack Charlton’s life as Republic of Ireland manager provided a fascinating insight into the great man’s thinking, by showcasing the scribbled notes he had made throughout his life to prompt him and which he never threw away. They were all there in his office when he died last July.

‘Make them want to come,’ Charlton wrote of his core philosophy for the Irish national team when he took over in 1986. ‘Winning helps!’ he added, in the Charlton scrawl. That could be Southgate’s mantra for the past five years. And the players now want to come.

In Charlton’s day that might mean allowing the players a session in the pub on arrival. Even if it wasn’t for the strict Covid bubble England will be subjected to in the next four weeks, that would be impossible for Southgate. Times have changed. There will be no night out in Hong Kong and the dentist’s chair.

But Southgate has found ways to make an England camp desirable again, after Peter Crouch once described Fabio Capello’s training camps as a ‘luxurious prison.’ He will have worked closely with Ian Mitchell, the Head of Performance Psychology.

Mitchell was a schoolboy Chelsea player and a qualified football coach as well as having a PhD in sports psychology from Cardiff Metropolitan University. He was also part of the Wales team that took Euro 2016 by storm, as was England’s goalkeeping coach Martyn Margetson. England resembled grumpy tourists at that tournament, with Joe Hart annoyed that media asked about the internal darts competition the players were having, deeming it a privacy issue. 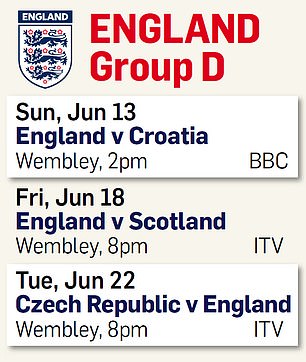 Meanwhile, Chris Coleman’s Wales seemed to be having a daily party, media invited, at their training base in Dinan, Brittany with Gareth Bale, an introvert at home, seemingly everyone’s best friend as he joked with journalists at his frequent press briefings over the four weeks. It was almost as if he was enjoying them.

This is what inspired Southgate to change. He is close to his former Crystal Palace team-mate Coleman. It was Coleman’s ‘seize the day’ attitude that had also persuaded Southgate he’d be letting himself down if he didn’t push for the England job when Sam Allardyce was ejected.

In a nod to Hart, Southgate installed a darts board at their media camp in Repino so players and journalists could compete against each other. The day Jamie Vardy was disinclined to leave after his media duties because he was involved in a pool match with a newspaper writer was the moment Southgate knew he had got it right and the mood had changed.

Southgate wants something similar, but with Covid restrictions everything has changed. Once they get to St George’s Park, they will be in the UEFA bubble and unable to leave. The countryside will be classically English but the restrictions might make the base seem alien. Southgate will work hard to overcome this.

Outside areas — of increased importance during Covid times — have been set up to encourage socialising, so they will be hoping for sunshine. Meal times, prepared by chef Omar Meziane, who was in Russia with the team and who worked for the Spice Girls, are always varied, fresh and, of course, healthy. Barbeques are on the agenda as, again, outdoor dining is prioritised and Southgate attempts to make dining a social experience rather than a function of the day.

Mitchell, the psychologist, won’t be holed up in an office. You’re more likely to see him in a tracksuit on the pitch. His football background allows that.

‘Because of my playing background and coach education, it allows me to work with a higher level of contextual knowledge because I understand the game,’ he told the BelievePerform podcast prior to joining the FA in 2018. ‘We always talk about the four pillars of the game, the technical, the tactical, the physical and the mental, and the mental has been largely neglected.

‘I can’t understand why you wouldn’t try to train someone to cope with those demands mentally? The difficulty comes when we do that in classroom and transition that on to the grass, which is difficult. So hopefully we start to educate through coach education and it’s also about fully integrating the psychological work with the technical and tactical work.’ 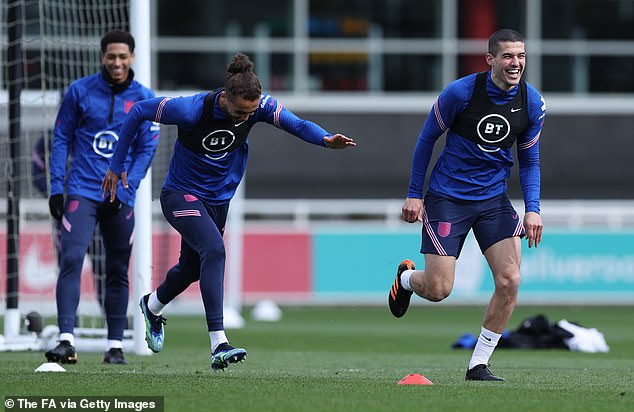 That work will be geared towards removing the burdens that once seemed to weigh heavily. Southgate has worked hard to lift the sights of this group, to embrace pressure.

One example was when Harry Kane did his first press conference of the 2018 World Cup. Cristiano Ronaldo had just scored a hat-trick when Kane announced he wanted to win the Golden Boot. Some sniggered but Kane delivered.

It helps that many of his players have winning experiences with England. Jordan Pickford, Ben Chilwell, Jack Grealish and James Ward-Prowse were part of Southgate’s Under-21 squad that won the Toulon tournament in 2016. 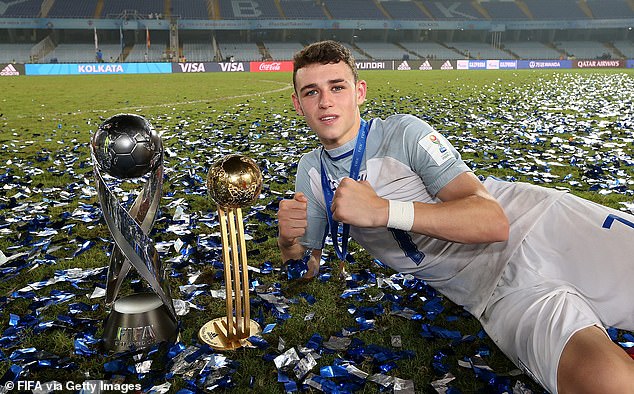 ‘When you overcome adversity in certain games, then you can kind of think, “This might be our time”, said Solanke this week. ‘It doesn’t have to be late on in a tournament or early, it could be anywhere that gives you that confidence boost to think, “We can do this”.’ 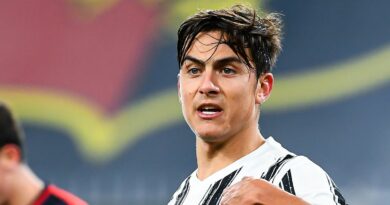 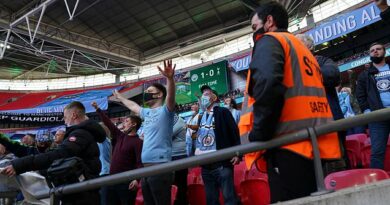 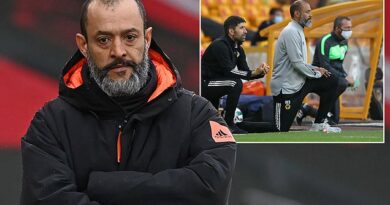