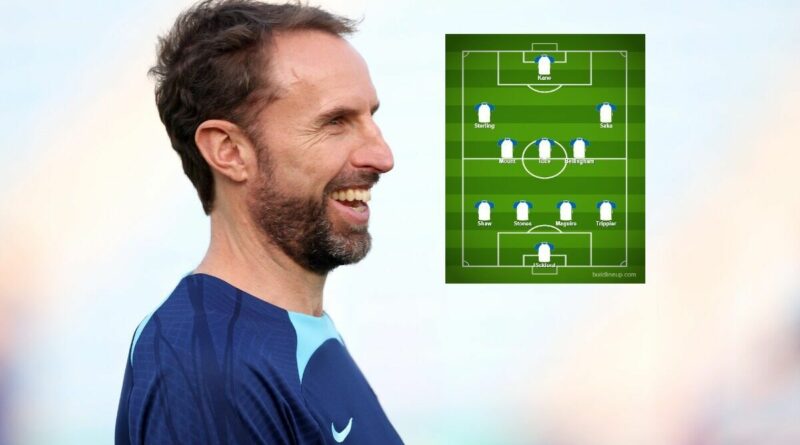 England will begin their World Cup campaign against Iran later today. The Three Lions will be hoping to win the competition for the first time since 1966, especially after reaching the semi-finals in Russia four years ago. Express Sport now takes a look at their expected XI for the match on Monday afternoon.

For years, England struggled with their goalkeepers.

After David Seaman stopped playing for the Three Lions after his clanger against Brazil at the 2002 World Cup, the likes of David James, Paul Robinson and Joe Hart then blew hot and cold between the sticks.

But, in Jordan Pickford, England have finally found a steady pair of hands they can rely on.

The Everton star is admittedly inconsistent for his club but, so far, he’s yet to let his country down since making his debut in 2017.

Therefore, we’re expecting Pickford to get the nod in goal – especially given how impressive he was at the European Championships last summer.

While Trent Alexander-Arnold is in the squad, it’s feasible Kieran Trippier will get the nod at right-back for the showdown on Monday afternoon.

The Newcastle star has been outstanding this season, helping his side up to third in the Premier League table, and warrants a starting berth.

At the back, Harry Maguire and John Stones should then partner up.

Maguire has struggled for consistency over the past year but often performs better when on international duty and has Southgate’s backing as a result.

Luke Shaw is then primed to start at left-back, with the Manchester United star a key player for the Three Lions as they look to win football’s ultimate prize.

Jude Bellingham is the talk of the town at present, with just about every top club on the planet keen to sign the 19-year-old from Borussia Dortmund.

And with Kalvin Phillips still battling his way back from injury, it’s feasible Bellingham will start against Iran.

Declan Rice should go alongside him, with the West Ham star having Southgate’s backing despite struggling for form this term.

While England have been too conservative in the past, the Three Lions are expected to be more attacking than usual in the Middle East.

Therefore, we’re expecting Mason Mount to operate in midfield as well – with Jack Grealish then on the bench, despite a clamouring for him to get the nod instead.

While Phil Foden has been in devastating form for Manchester City this term, he’s yet to really produce the goods at international level.

So we’re expecting Southgate to reward Bukayo Saka for his sensational form with a starting berth on Monday night.

The Arsenal star has been electric this term, with his goals and assists propelling the Gunners to the top of the Premier League table.

Harry Kane is primed to start up top with the England internaitonal set to be Southgate’s undisputed talisman this winter.

And though Raheem Sterling has been out of sorts for Chelsea since his summer arrival, his previous exploits for his country mean he should be unleashed in attack alongside Kane and Saka.

2002 – Quarter-finals. Lost 2-1 to Brazil, with goals from Rivaldo and Ronaldinho seeing the Samba side through.

2010 – Round of 16. Lost 4-1 to Germany, with Thomas Muller bagging a brace and Miroslav Klose and Lukas Podolski also on target with Frank Lampard scoring a consolation in return.

2014 – Group stages. Lost to both Italy and Uruguay before then drawing with Costa Rica in a dead rubber.

2018 – Semi-finals. Made the nation dare to dream but fell to Croatia in the semis, with Mario Mandzukic scoring the winner in a 2-1 victory for his side. 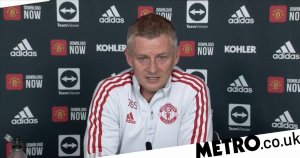