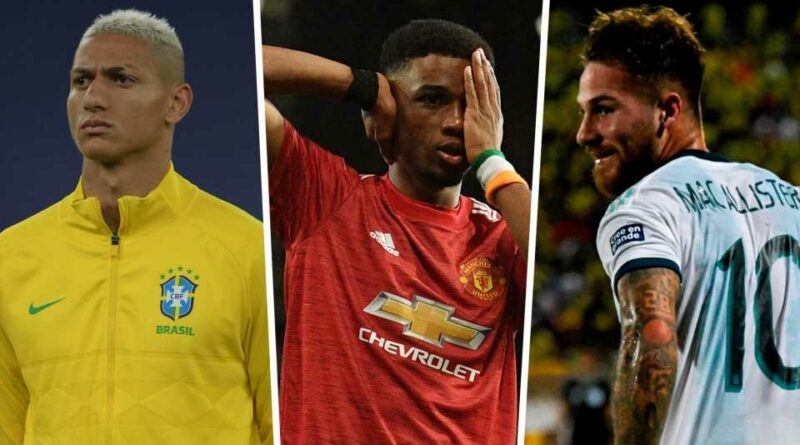 The 2021 Tokyo Olympic Games were delayed by a year thanks to the global COVID-19 pandemic, but the men’s football tournament is finally set to kick off on July 22.

Plenty of big-hitters are competing in the tournament, including Brazil, Mexico, Germany and Spain, with a number of well-known stars representing their countries.

It will run until August 7, meaning it concludes just a week before the Premier League season begins. Understandably, some coaches are not keen on their players being involved and some have vetoed call-ups, which happened with Liverpool’s Mohamed Salah and Egypt.

However, others have acquiesced to their players’ desire to play at the tournament. Here’s the full list of Premier League players taking part.

One Arsenal player will compete at the Olympics this summer and he happens to be someone who is expected very much to be part of Mikel Arteta’s plans.

Gabriel Martinelli (below) has been included in the Brazil squad for the tournament and the striker will be eager to play his part in a difficult group containing Germany, Ivory Coast and Saudi Arabia.

A highly-rated prospect, the 20-year-old’s last few seasons have been disrupted by injuries, but Gunners fans will have high hopes that he can hit the ground running in 2021-22.

Gunners defender Gabriel Magalhaes was also due to represent Brazil at the tournament, but injury forced him out of the squad.

Aston Villa fans will be watching on anxiously as midfielder Douglas Luiz represents Brazil at the Olympics.

Luiz has been a key player for the Villans in the Premier League in recent seasons and made 33 league appearances in 2020-21, chipping in with two assists.

Interestingly, he was also part of Brazil’s Copa America squad this summer and played in two games at the tournament, so he will have a lot of air miles clocked up by the time he returns to Villa Park.

Chris Wood has been Burnley’s star striker for a number of seasons and Sean Dyche will hope that the burly target man comes back from Tokyo unscathed.

Wood is one of New Zealand’s three over-age players and they will feel they have a decent chance of getting out of their group, which also contains Romania, South Korea and Honduras.

The 29-year-old has been ever-present for the Clarets over the past four campaigns, averaging 11.5 Premier League goals a season in that period.

Argentina have included Brighton midfielder Alexis MacAllister (below) in their Olympics squad and he is expected to be a prominent figure as they look for their third set of gold medals.

He scored a fantastic goal for the Albiceleste in their warm-up fixture against South Korea and is primed to shine. While not a regular starter for the Seagulls just yet, MacAllister made 27 appearances in all competitions last season, scoring three goals, and will be looking to cement his place in the team in 2021-22.

Joining MacAllister as one of Brighton’s representatives in Japan is Tudor Baluta after he was named in the Romania squad.

Baluta has spent time on loan at Dynamo Kiev and ADO Den Haag, but his playing time with Brighton has been limited, so he will be desperate to use the Olympics as an audition.

Australia center back Jay Rich-Baghuelou may not be a key first-team player for Crystal Palace yet, but there are high hopes for him at Selhurst Park.

Aged 21, Baghuelo told ESPN that he is a “modern-day center back” who is “an exciting player”, an assessment shared by Socceroos Under-23 coach Gary van Egmond.

Back in February, Richarlison worried that Everton might not allow him to fulfil his dream, but the forward looks set to play a part at the Olympics, just a few weeks after helping Brazil to the Copa America final.

He featured seven times for Brazil at the Copa, including the final loss against Argentina, and is expected to add more minutes to his legs in Tokyo as a key player for his country.

Richarlison has been a stalwart for the Toffees since joining from Watford in 2018-19 and it will be interesting to see what happens for him under new boss Rafa Benitez, particularly if he requires rest at the start of the season.

Manchester United players Eric Bailly (below) and Amad Diallo will feature for Ivory Coast at the Olympics, but on the proviso that they return with medals. United boss Ole Gunnar Solskjaer took a positive view of the scenario, despite the risk of allowing the players to compete.

“When your country calls you up, I think I can’t stand in the way of that boyhood dream being fulfilled,” he told the official Manchester United website.”Of course, Eric is over-age, but I think they can see the value of him and that’s why they brought him in.

“Amad is a young, exciting prospect. It’ll be good to see them. It’ll be their pre-season but they’ve got to come back with a medal. We need a nice feel about the place when they come back.”

Southampton’s England-born midfielder Caleb Watts will be a part of the Australia squad for the 2021 Olympics.

Still just a teenager, Watts made his Premier League bow in 2020-21, coming on as a substitute in the 3-1 defeat to Arsenal at St Mary’s. Towards the end of the season he was also thrown on in games against Everton and Manchester City, so he will be eager to build on that this term.

Veteran defender Winston Reid helped Brentford in their promotion to the Premier League last season and will be the rock upon which New Zealand build their Olympics campaign.

Still contracted to West Ham, Reid’s playing time with the Hammers has decreased significantly due to a combination of injury and competition. However, West Ham manager David Moyes will be an interested observer as he plays in Japan this summer. 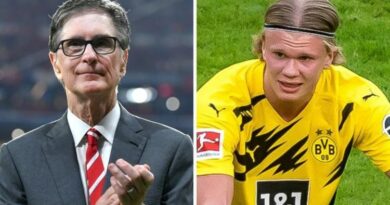