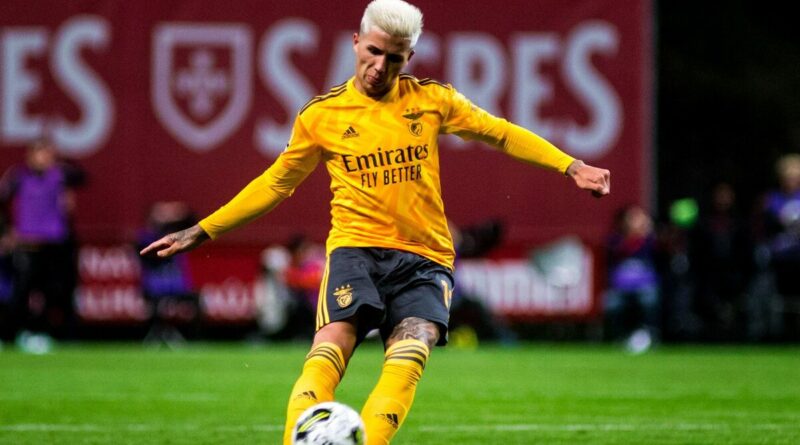 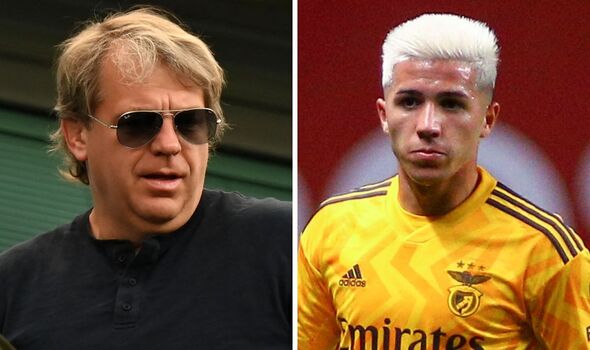 Enzo Fernandez is reportedly ‘getting further away’ from a mega-money move to Chelsea with Benfica far from impressed with the way the Blues have conducted their business so far. Fernandez has emerged as one of the top midfield talents following his exploits at the World Cup for Argentina.

He only joined Benfica last summer, but the Portuguese side are already being approached for Fernandez’s signature. Chelsea appear to be pushing the hardest to try and sign Fernandez now before other teams try and make their move in the summer.

Todd Boehly already spent big during his first transfer window in charge of the club and he appears willing to continue that trend this month with Fernandez his top priority. Chelsea and Benfica have been locked in negotiations for the past few weeks now and it’s been suggested that Chelsea are willing to pay above the £105million release clause in Fernandez’s contract to get the deal done.

The Blues’ current offer is reportedly centred around the huge fee being paid in instalments. But Portuguese outlet Record claim Benfica were originally told by Chelsea that they would be willing to make the full payment up front.

It’s now being said that Chelsea will not sign Fernandez unless they pay the release clause in full this month. Benfica are said to be ‘disappointed’ with Chelsea for supposedly ‘failing to keep their word’.

The report adds that Chelsea are ‘unwilling’ to meet Benfica’s demands and the deal could ultimately break down. Graham Potter was asked in his press conference ahead of Chelsea’s match against Manchester City what areas of the squad he would like to strengthen this month.

But the Blues boss stated felt compelled to “dodge” the question to avoid fueling any speculation. “It’s a good question but the problem is if I answer it and I’m specific in that answer, every single player in that area will be linked with Chelsea,” he said.

“So I have to dodge it – and I hope you can understand why I’m dodging it. I always answer that part of the question by saying that I’m the head coach and my responsibility is to the players that are here.

“We will try in every window to improve, but January is a complicated one because it’s the middle of the season.

“And in the meantime, we have to deal with all the noise of Chelsea getting linked with everybody and I don’t comment on any player that isn’t a Chelsea player. As always, and it’s a boring answer, but my job is to help the players that are here and support the club in terms of decisions they make in terms of how to improve.”