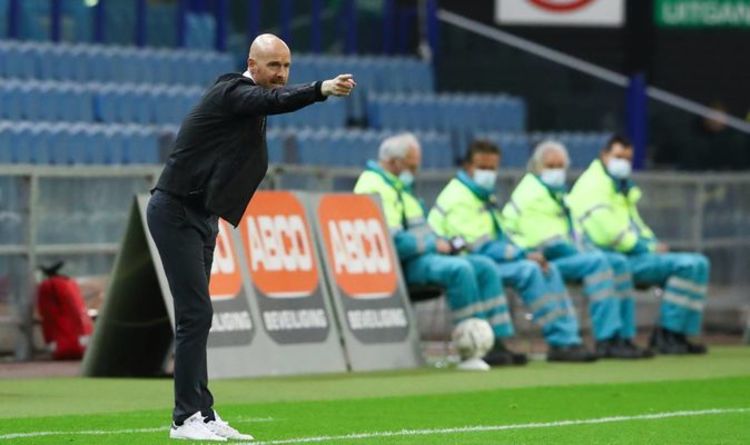 Erik ten Hag has already given an inclination over how he would respond if Tottenham offered him the manager’s job. It comes as Spurs frantically continue their efforts to hire a successor to Jose Mourinho.

Ajax boss Ten Hag has already given a hint over what his answer would be should Tottenham offer him the manager’s job.

Club chief Daniel Levy sacked Mourinho two months ago but is no closer to finding a successor.

It comes after a number of failed attempts, starting with Julian Nagelsmann who joined Bayern Munich instead and Antonio Conte this week who could not agree to Tottenham’s terms.

A number of managers have been tipped to take the reins including Brighton boss Graham Potter and Fulham’s Scott Parker. 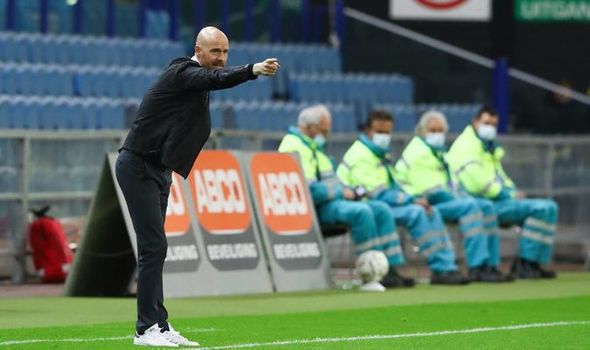 But one man Levy may return to is Ten Hag of Ajax, who earlier this year signed a new contract with Ajax as interest in his services ramped up.

However, the Dutchman might have already given Spurs his answer.

After signing his contract extension, Ten Hag insisted he is happy where he is and that is where “his heart is”.

“I know who I am working with, I know what the ideas are, I know what goals we have,” he told the Ajax club website. “I’m happy here.

“I’m busy with where I am at, that’s at Ajax, that’s where my head and heart are at. You know what it is like with outside of football rumour… it tells you that we’re doing good work at Ajax.

“I don’t want to rule out that that could have happened, but I know what I have here.”

That will come as a further blow to Tottenham, who are fast running out of options to take the hotseat.

Mauricio Pochettino remains the top target after reports emerged that he is unhappy at Paris Saint-Germain.

Ljungberg’s work means Arsenal starlets have spring in their step: