‘We were sleeping’: Erik ten Hag not happy with Manchester United’s ‘unacceptable’ display after they were beaten 4-2 by LaLiga strugglers Cadiz in a mid-World Cup friendly – but boss insists it was a ‘good lesson’

Manchester United boss Erik ten Hag was left bemused with his side’s ‘unacceptable’ performance as they suffered a 4-2 defeat to Cadiz in a friendly.

The Dutchman opted to take a whole host of first-team players that didn’t head off to Qatar for the 2022 World Cup to Spain in order to keep them sharp before the Premier League returns. 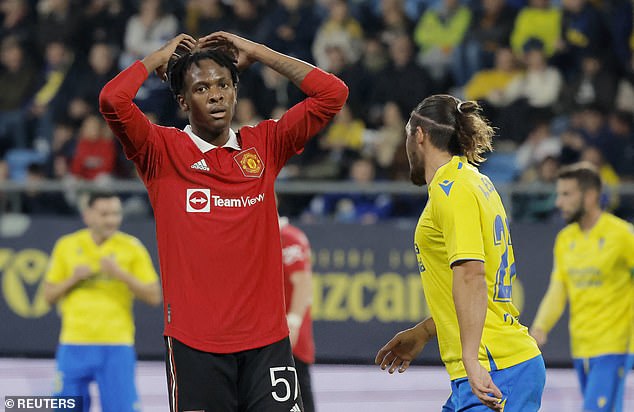 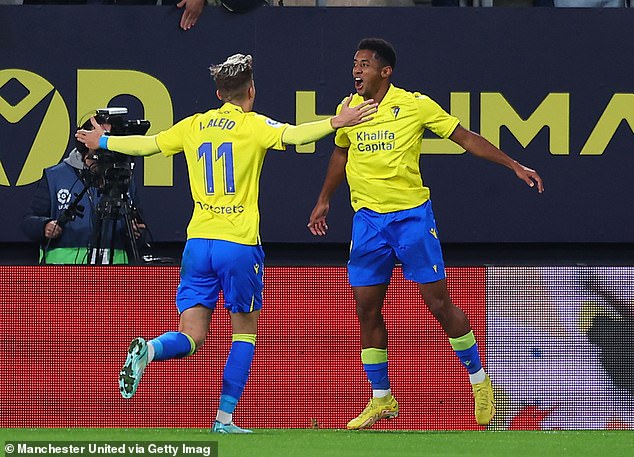 Anthony Lozano (pictured, right) made it 2-0 early on for Cadiz in the mid-World Cup friendly

United, however, found them 2-0 down in the early stages of the contest as Carlos Garcia-Die Sanchez and Anthony Lozano both found the back of the net.

Frenchman Martial pulled one back from the penalty spot before Kobbie Mainoo levelled the score just after half-time, although it was short lived as Cadiz struck twice more to seal a comfortable victory.

Boss ten Hag was not happy with his side’s display, albeit a friendly to gain valuable minutes during the winter break, and knows they must pick out the few positives. 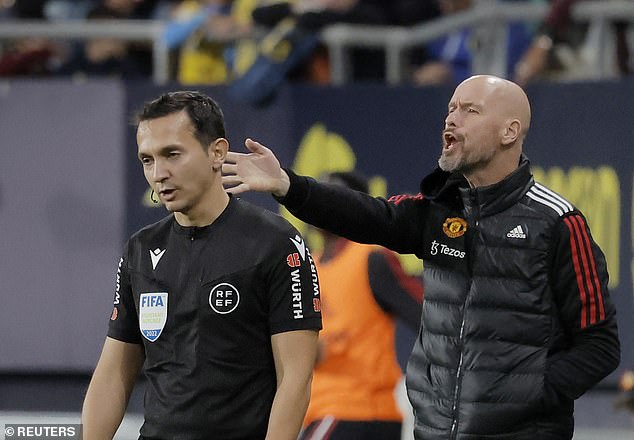 ‘It is quite clear, we were not awake and still sleeping in the first 15 minutes,’ ten Hag told Manchester United TV after the friendly.

‘We prepared them. [We knew] They are a threat in transition and we have seen the second goal. It can’t happen.

‘You are not awake. Especially in the midfield, we got run off, this is not possible. Unacceptable.

‘The first goal was as well. A set-play, bad organisation and bad discipline in the organisation, and you concede a goal. 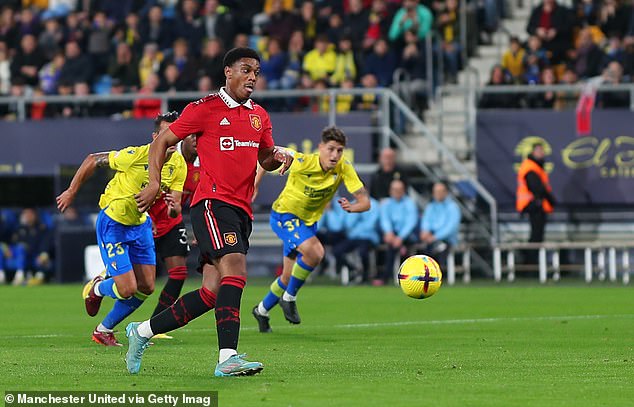 ‘After that, we came into the game. We get a penalty, a clear one, and we deserve another one in the second half.

‘We came into the game but we couldn’t score an equaliser before half-time.

‘They gave energy. They ran, they fight, maybe not always in the right organisation and they made mistakes – they are not used to playing this level.’ 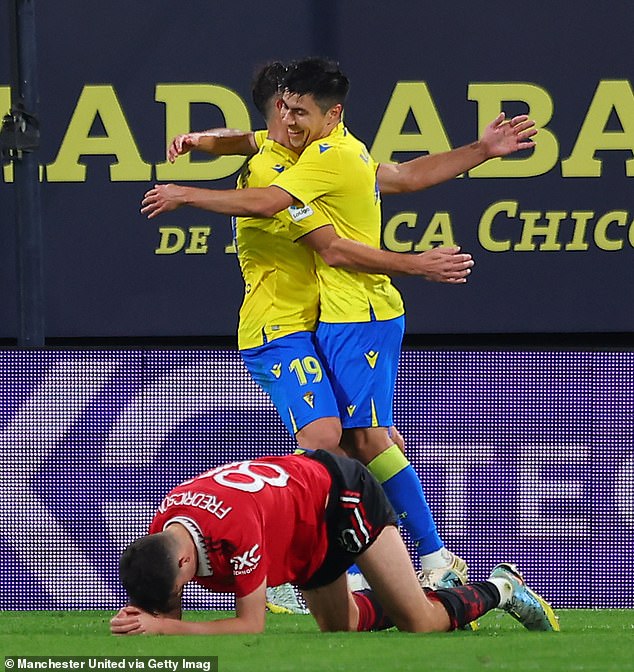 The former Ajax manager insists it was a ‘good lesson’ for his squad as they can learn from the mistakes that they made during the friendly.

‘But it was a good lesson. You see when you make small mistakes, there are big consequences and you can lose the game. That’s what happened.

‘That has to be the standard always. The first 15 minutes cannot happen, it is not our standard. It should not happen. 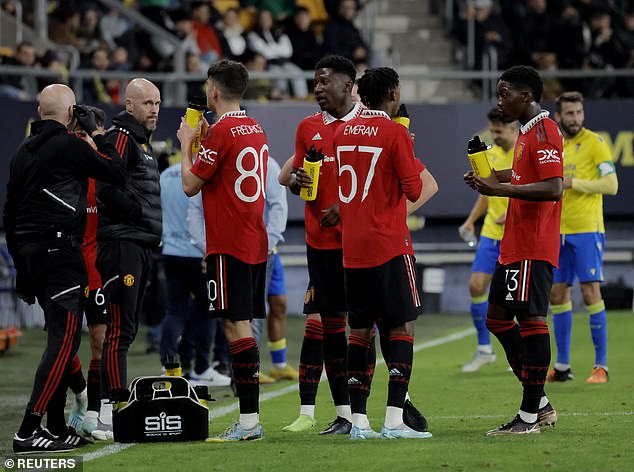 ‘We have to strike it, draw a line under it and move on. But it can’t happen in the future.

‘We are unhappy with this game. Of course, you have some positives when you lose but today you have more negatives.’

United will also face Real Betis in another friendly before then return to competitive action in the Carabao Cup against Championship side Burnley on Wednesday, December 21, just three days after the World Cup final.

The Red Devils then return to Premier League action against Nottingham Forest on December, 27. 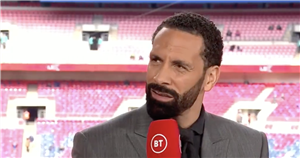