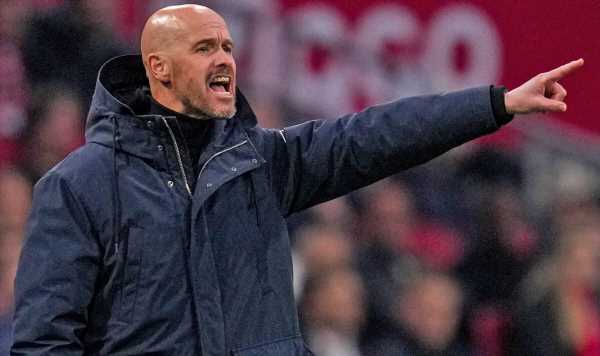 Dutch football coach Fred Rutten has claimed he’s rejected the chance to be Erik ten Hag’s assistant at Manchester United. The Red Devils have already confirmed the Ajax boss will be their new manager next season, with Ralf Rangnick primed to become a consultant. But, when it comes to hiring a No 2, Ten Hag already seems to have hit an obstacle.

Manchester United hired Chris Armas to be Rangnick’s No 2 earlier in the season after the German saw Michael Carrick quit the club.

But the American will leave alongside the 63-year-old the minute the current season ends later in the month.

Now, Rutten has claimed he’s turned down the chance to move to United as Ten Hag’s assistant.

“Erik ten Hag has asked me to be his assistant at Manchester United, I said no,” he’s quoted as saying by @TheEuropeanLad.

“Everyone makes his own choices in life. I have a family, I have grandchildren that I want to see.

“This type of project.. I felt uncomfortable with it.”

Rutten spent the entirety of his playing days in the Netherlands, where he performed for FC Twente.

And he’s been a manager ever since taking the job at his former side back in 1999.

Rotten has actually had two stints at both Twente and PSV Eindhoven, working with the latter as an assistant before becoming manager in 2009.

And he’s also coached Schalke, Vitesse, Feyenoord, Al Shabab, Maccabi Haifa and Anderlecht over the course of his career.

Ten Hag is now primed to look elsewhere, however, with Rutten not interested in moving to United this summer.

Mitchell van der Gaag has been tipped to move alongside his Ajax colleague but he could yet stay in Amsterdam and be offered the manager’s job.

And while United have been eyeing a return for Steve McClaren, it’s unclear whether their former coach will come back for another stint.

The Red Devils have gone through numerous assistants since the departure of Sir Alex Ferguson in 2013.

Chris Wood moved alongside David Moyes from Everton after the Scot was hand-picked to be Ferguson’s successor.

However, he left alongside Moyes when they were cut loose after just 10 months in the job.

Louis van Gaal named Ryan Giggs as his assistant when he left the Netherlands national team to manage United in the aftermath of Moyes’ sacking.

Yet Giggs chose to turn his back on Old Trafford when he missed out on the top job.

Jose Mourinho was hired as Van Gaal’s successor in 2016.

And Rui Faria then worked under him for two years before Carrick became a part of the United coaching set-up.

Who Ten Hag ultimately hires to be his No 2 is something only time will tell.

But Rangnick is planning to talk with his successor about what’s needed at United after another underwhelming campaign.

“We haven’t spoken as yet but I can fully understand that both himself and myself that we should keep our focus on our current teams,” he said.

“Erik is leading the Dutch league and that’s what he will try to win, want to win the league with Ajax.

“We have agreed that we will speak at the end of the season and have a chat about all the things he wants to speak about.” 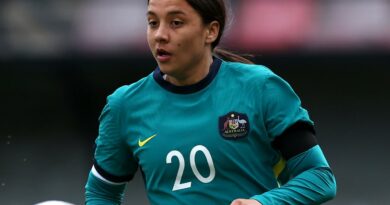 Matildas to get more out of Kerr