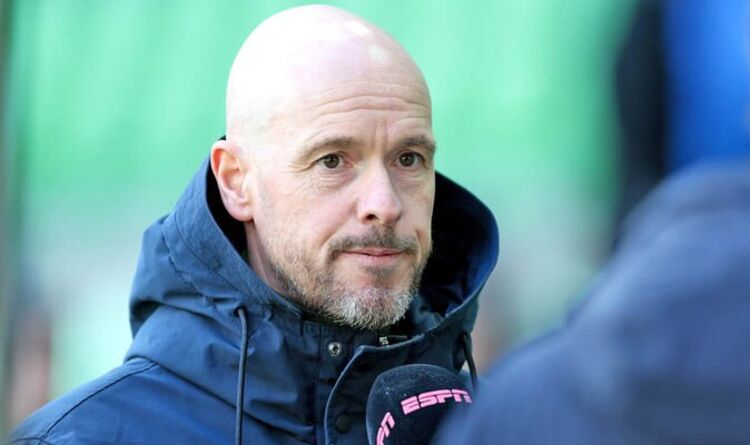 Manchester United’s managerial search appears to be nearly over with Erik ten Hag verbally agreeing to take charge. The 52-year-old is poised to take over from Ralf Rangnick, who will move upstairs to become a consultant. And three midfielders may come with the Ajax manager, too.

It’s going to be a big summer of change for Manchester United.

After enduring a tough season under both Ole Gunnar Solskjaer and Rangnick, an exodus of talent is expected as they plan for brighter and better days ahead.

Paul Pogba is likely to leave on a free transfer, even if United are supposedly ready to pay him £500,000-a-week to keep him.

Paris Saint-Germain, Juventus, Real Madrid and Barcelona are just a few of the teams eyeing the 2018 World Cup winner, who has been inconsistent throughout his time in the Premier League.

United are expected to cut Nemanja Matic loose, with the Serbia international’s best days behind him.

And it’s possible Donny van de Beek will still leave regardless of Ten Hag’s imminent appointment, having struggled during his two years in the Premier League.

With that being the case, United may sign as many as three midfielders this summer.

One of them, although ambitious, could be West Ham’s Declan Rice.

A year ago, David Moyes raised eyebrows when he said he’d want a minimum of £100million to let the England international go.

But Rice would now be a bargain for that price with the Hammers star improving by the week.

He’s now a regular for country, as well as club, having dazzled for England at the European Championships back in the summer.

And though his price tag would now be even higher, at roughly £150m, United chiefs behind the scenes are hoping a deal can be struck.

Another player who may touch down at Old Trafford this summer is Monaco star Aurelien Tchouameni.

Despite being just 22, he’s already become a household name in France for his storming performances in Ligue 1.

Tchouameni also helped France win the Nations League earlier in the campaign, shining alongside Pogba in the middle of the park.

Ten Hag is supposedly a big admirer of the midfielder, who he plans to present to the club’s hierarchy.

Monaco, for their part, are open to letting him go should they receive an offer in the region of £50m to £60m.

And while PSG and Chelsea are interested, United have a potential upper hand due to the uncertainty over their Premier League rivals.

Ten Hag likes Tchouameni for his versatility and this key trait would serve him well if he ends up moving to Old Trafford.

A third player United may try and target, even if it’s unlikely, is Leeds’ Kalvin Phillips.

Last week, it was claimed the Red Devils were pressing ahead with plans to sign the England star – even if he’s reluctant to cross such a hostile divide.

Phillips would bring bite and energy to this lethargic United midfield.

And though Leeds would hate to sell their prized asset to their fierce rivals, a deal is very much a possibility.

With these three midfielders on board, United would be able to compete for the big prizes again.

But whether the Glazers decide to sanction transfers for all of the trio remains to be seen.