Erik ten Hag is interested in signing Sergino Dest after Manchester United were apparently offered the Barcelona star. The Red Devils are open to signing a new right-back in this summer’s transfer window amid the inconsistency of Aaron Wan-Bissaka and Diogo Dalot. And, now, a possible deal that would see the defender move to Old Trafford may be struck.

Manchester United have seen Wan-Bissaka regress alarmingly this term, with the former Crystal Palace star struggling for consistency under both Ole Gunnar Solskjaer and Ralf Rangnick.

And while Dalot has been a regular since Rangnick’s appointment, the jury remains out on the Portugal international.

Now, according to 90min, United have been offered Dest by Barcelona.

The Netherlands international has endured a troublesome season, starting just six matches since the turn of the year.

It’s claimed Barcelona don’t see Dest as part of their long-term plans under Xavi, which is why they’re willing to cut him loose.

And while the right-back position isn’t a priority for Ten Hag, he ‘does have an interest in a possible deal’.

Dest previously played under the 52-year-old at Ajax and was a regular prior to joining Barcelona back in the summer transfer window of 2020.

United are said to be open to sending Wan-Bissaka out on loan, with Crystal Palace and Atletico Madrid linked.

If United don’t want to sign Dest permanently, Barcelona would then consider a temporary move to Old Trafford.

What’s more, the 21-year-old would apparently jump at the chance to play under Ten Hag again.

United are, however, not the only Premier League team who have been approached as Barcelona look to balance their finances.

Chelsea are primed to lose Cesar Azpilicueta and could bring Dest in to provide competition for Reece James, who has enjoyed another positive campaign at Stamford Bridge.

And Tottenham have also been approached, with Spurs likely to be playing in the Champions League next season.

If United do take Dest, he’ll become their sixth signing from La Liga since Sir Alex Ferguson’s retirement in 2013.

Victor Valdes then followed in 2015, joining on a free transfer from Barcelona.

And, since then, United have also raided Real Madrid and Villarreal for Raphael Varane and Eric Bailly respectively.

A right-back isn’t the only area of their squad the Red Devils are looking to bolster as the summer transfer window creeps closer.

They could land a new goalkeeper, particularly if Dean Henderson chooses to leave Old Trafford behind.

At centre-back, Pau Torres, Jurrien Timber and Manuel Akanji have all emerged as potential targets.

And, up top, Benfica’s Darwin Nunez is under consideration to replace Edinson Cavani – who is set to leave for free.

“You could probably pull in another £20 million with Wan-Bissaka,” he told Football Insider.

“If you add that to the transfer kitty that’s up to £70 million which could probably be stretched to £120million realistically.

“You look at it, people thought he was going to be England’s next right-back for some considerable time and going to be a great defender.

“But I think we’ve seen he’s not at that level where he’s going to go on and win a Premier League and make a difference in the Champions League, maybe Man United was just a little bit too much for him.” 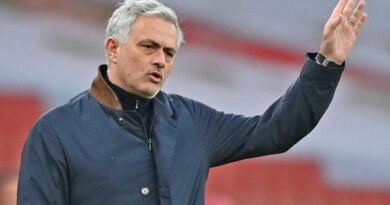 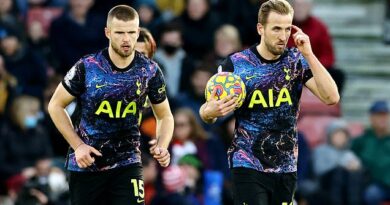