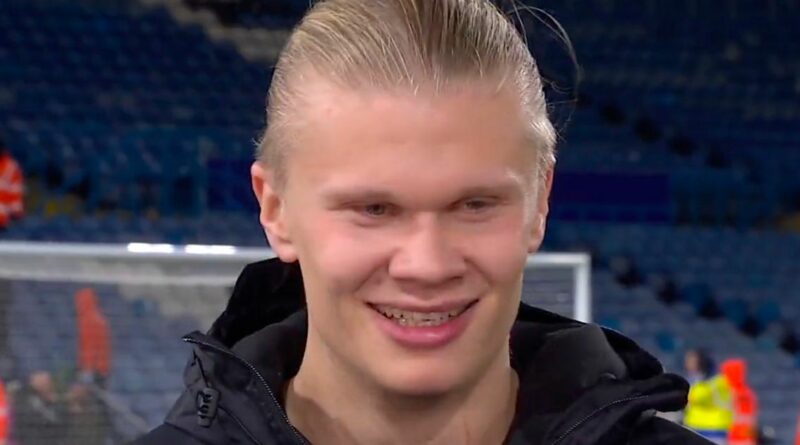 Erling Haaland has revealed he has a goal tally in mind for the season after bagging his 20th of the campaign against Leeds.

Haaland picked up from where he left at Elland Road, scoring twice as Manchester City cruised to a comfortable 3-1 win over Jesse Marsch's side. The Norwegian's quickfire brace ensured he became the fastest player to reach 20 Premier League goals, doing so in only 14 matches.

The 22-year-old star needs to find the net only 15 more times to break Alan Shearer and Andy Cole's record of 34 goals in a Premier League season, and he has 23 games to do it in.

Speaking after the game on Wednesday evening, Haaland revealed he had set himself a goal target for the season, although he wouldn't reveal exactly what it was.

"I have a target but I cannot say it," he told Amazon Prime. "I just said inside the dressing room that I could have scored five but the most important thing is that we won".

How many goals will Erling Haaland score this season? Let us know what you think in the comments section below.

Haaland could have added one or two more to his tally, had it not been for the efforts of Leeds stopper Illan Meslier. And the former Borussia Dortmund man recognised that as he continued his interview.

"We see Arsenal at the top now and we have to hunt them. For me, as a striker, I have to score more. I could have scored a couple more but that's life and I have to train more", he said.

The 'Nordic meat shield' also revealed watching his contemporaries play at the World Cup has provided extra motivation for him for the rest of the season.

"I've been at home, a bit mad that I've not been at the World Cup. I recharged my batteries", he added. "Watching other people score to win games at the World Cup triggered, motivated and irritated me. I'm more hungry and more ready than ever". 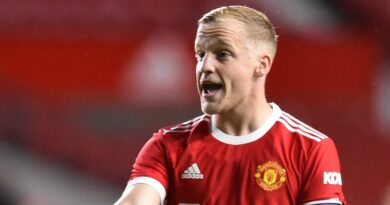 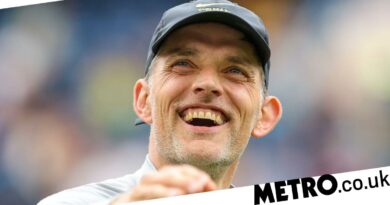