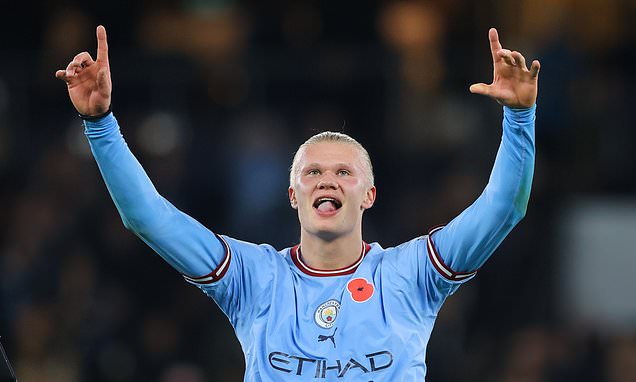 ‘I didn’t expect it this good!’: Erling Haaland admits he’s surprised by his own form after netting his 23rd goal in just 17 games for Man City – but reveals he was ‘really nervous’ as he stepped up to take penalty in Fulham win

Erling Haaland admits his sensational start at Manchester City has exceeded his expectations.

The prolific Norwegian struck yet again – this time a dramatic injury-time penalty winner – as the champions, with 10 men, snatched a hard-fought 2-1 victory over Fulham in the Premier League on Saturday.

Haaland, who was back among the substitutes after a foot injury and a bout of illness, was summoned in the 64th minute as the hosts struggled to break down the battling Cottagers at the Etihad Stadium. 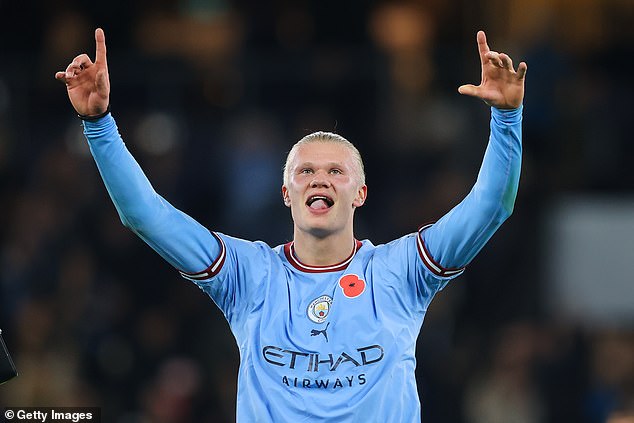 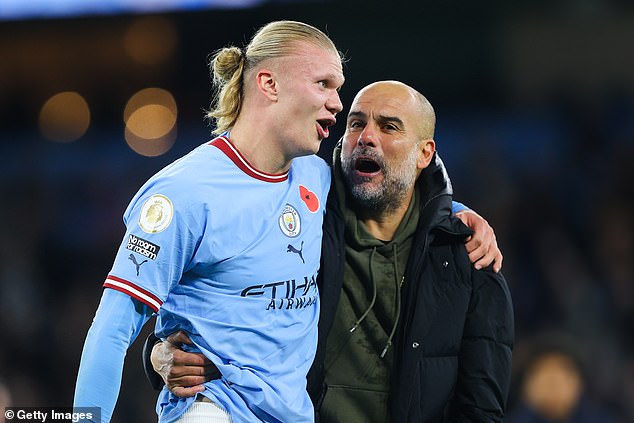 He responded in familiar style, netting what was a remarkable 23rd goal in just 17 City appearances after Kevin De Bruyne was adjudged to have been fouled.

‘Of course, I didn’t expect it this good,’ said the 22-year-old, who thought he had put City ahead within minutes of coming on only to have his header ruled out in a marginal VAR call for offside.

‘Without these good team-mates it would not have been possible. With them I expected to do certain things, but not this of course.’ 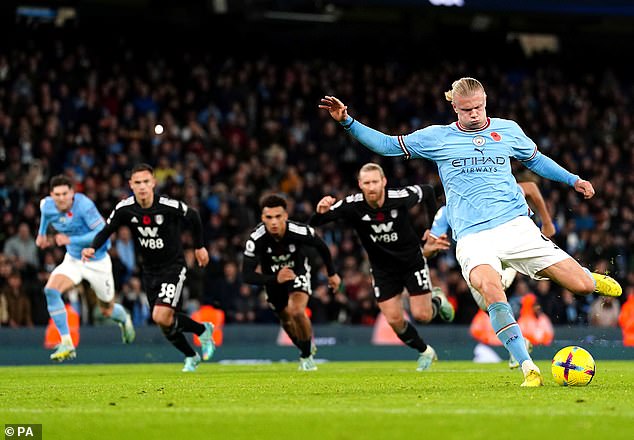 Despite his formidable stature and sky-high confidence, Haaland conceded he had been anxious as he lined up to take his spot-kick in the fifth minute of time added on.

Bernd Leno almost stopped his shot too but the power ultimately proved too much for the Fulham keeper.

Haaland said: ‘I was really nervous, I have to say, but it’s about getting the ball in the back of the net and that’s what I did. It was an amazing feeling in the end.

‘I’m really proud of every single guy out there. They made it possible to get these three points and these points will be really important, so amazing.’ 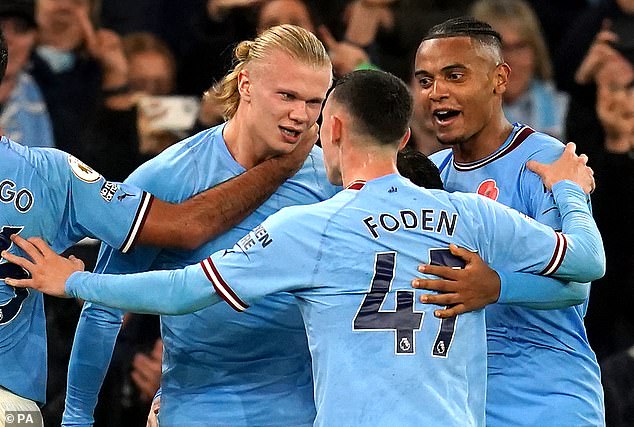 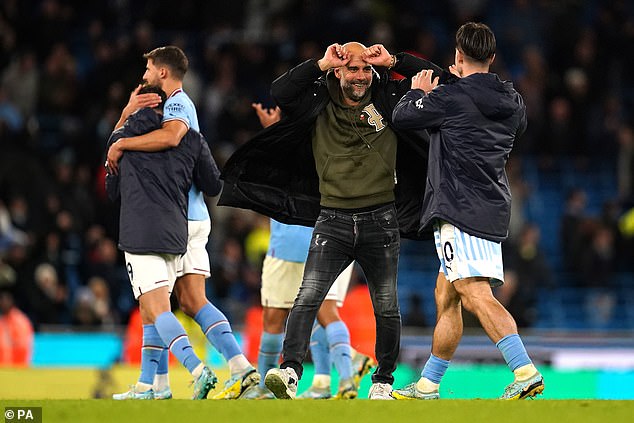 It was a mixture of joy and relief with City having surrendered early control and played for more than an hour with a numerical disadvantage after Joao Cancelo was sent off.

City looked comfortable as Julian Alvarez put them ahead early but all changed after Cancelo bundled Harry Wilson off the ball when through on goal. The Portuguese saw red and Andreas Pereira tucked home the resulting penalty.

With Fulham proving a handful, City had to dig deep. 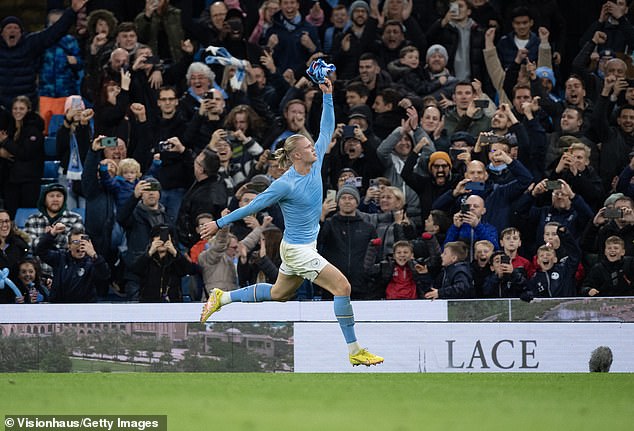 Defender Nathan Ake said: ‘It was an intense game. There were so many decisions and emotions – good and then negative again, and then good again.

Fulham’s determined showing came without the threat of key forward Aleksandar Mitrovic, who was ruled out with an ankle problem.

‘I hope it is not serious,’ said manager Marco Silva. ‘We have to create a scenario for him to be in the best condition we can. Of course he’s a big miss.

‘He felt a bit more pain after the last match and was not in condition to train during the week. The doctor will assess every single day to see how long it will be.’ 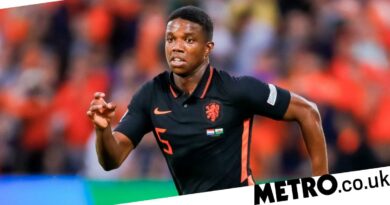