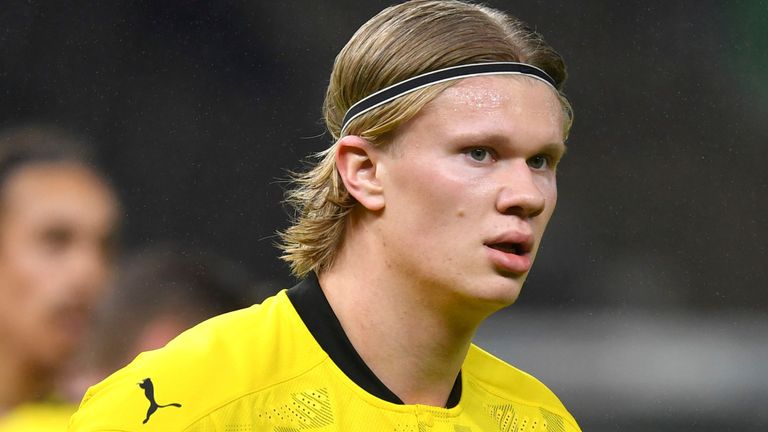 Borussia Dortmund have turned down Chelsea’s opening offer for striker Erling Haaland, according to Sky in Germany.

Chelsea offered Dortmund either Tammy Abraham or Callum Hudson-Odoi in part exchange for Haaland, but the Bundesliga side are determined to hold onto the 20-year-old.

The Blues are keen to sign a new striker this summer after struggling in front of goal at times last season.

Despite winning the Champions League, Thomas Tuchel’s side lacked a reliable presence in the penalty area, with Timo Werner and Abraham’s 12 goals each making them the club’s joint-top scorers.

Haaland is their primary target, but a source close to the discussions told Sky Sports News this week that they face “mission impossible” in their bid to sign him.

Dortmund are not keen to lose another key player so soon after allowing Jadon Sancho to join Manchester United, whose £73m move to Old Trafford is expected to be confirmed within days. 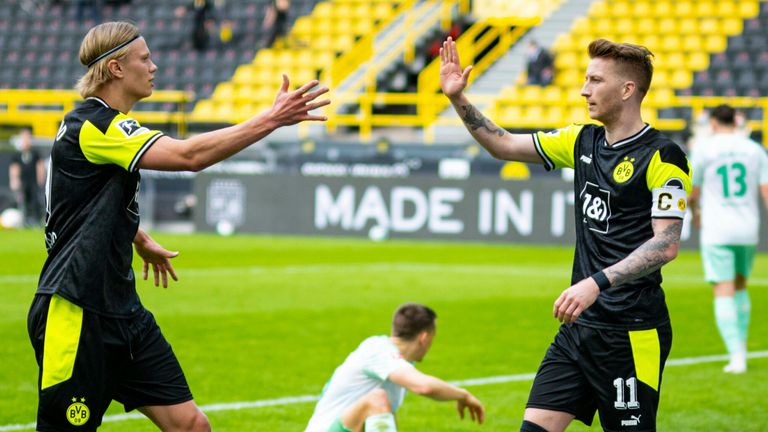 The source said: “Chelsea are trying but it is going to be very difficult. At the moment it looks like mission impossible.

“It is unlikely but that doesn’t mean it can’t happen.”

Haaland will be available for around £70m next summer due to a release clause in his contract.

However, Manchester United and Real Madrid are other sides that have considered offering a premium price for the Norway international before the transfer window closes at the end of August.

According to Sky in Germany, Haaland’s agent Mino Raiola is asking for a commission of €40m (£34.2m) as part of any deal for the Dortmund striker.

Along with Haaland, Chelsea are also interested in Romelu Lukaku and Harry Kane.

However, Lukaku has stated his intention to remain at Inter Milan for the upcoming season, while Tottenham do not want to sell Kane, particularly to a rival.

“Erling Haaland arrived back at the Borussia Dortmund training ground on Wednesday, and we know that he and his agent Mino Raiola have been thinking about a move.

“So many offers have come in but Dortmund won’t let him go this season. It’s similar to the Jadon Sancho scenario last summer.

“Dortmund will allow Haaland the chance to move next year with his [£68m] release clause. But we know about Chelsea’s interest and they did make an offer and our information is that a swap deal could be possible with Tammy Abraham and Callum Hudson-Odoi named in these talks with Dortmund. 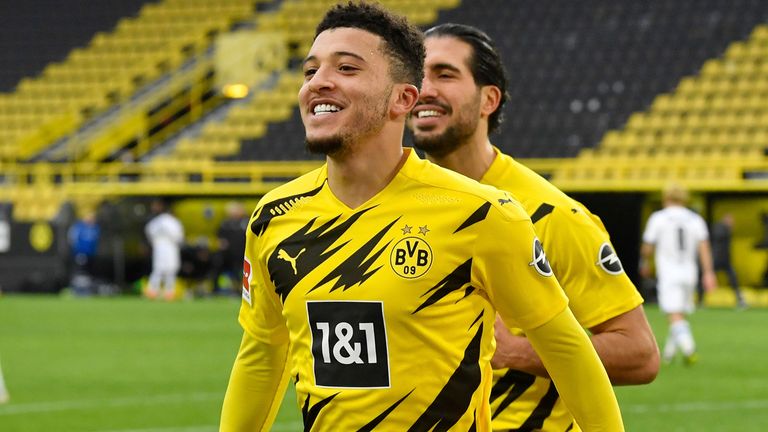 “The talks are ongoing but at the moment I don’t believe a deal to Chelsea or Manchester City will happen this season.

“As far as we know, when Chelsea named Abraham and Hudson-Odoi, Dortmund have said that Abraham isn’t as good as Haaland and that they need him so he wouldn’t be part of a direct swap deal. Chelsea are not willing to pay the €175m asking price at the moment.”

How Dortmund forward could transform Chelsea Chelsea’s finishing problem predates Tuchel’s appointment. It was apparent throughout Frank Lampard’s tenure and it was issue for Maurizio Sarri and even Antonio Conte before him.

Eden Hazard was prolific and Tammy Abraham has impressed in patches but the club have not had a truly elite presence in the central striking role since Diego Costa’s departure in 2017. 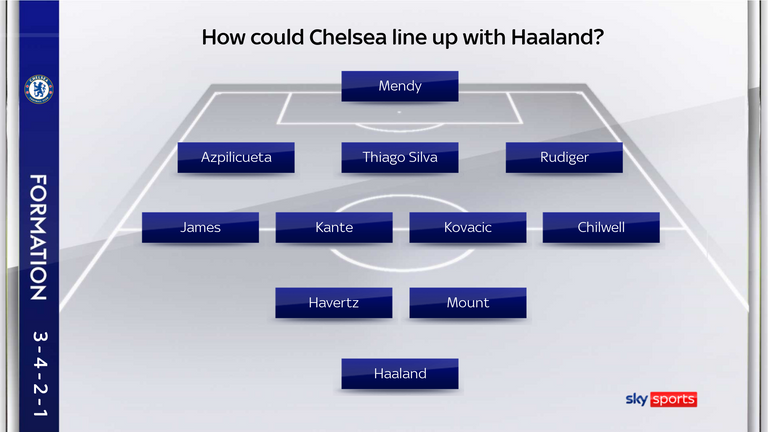 Timo Werner may yet prove himself in that regard. He certainly has the pedigree having scored 95 times in 159 appearances for his previous club RB Leipzig.

But if Tuchel is to build on Chelsea’s Champions League success, he knows it would be a huge risk to pin his hopes on a player who only scored six Premier League goals in his first season in England.

Werner’s struggles in front of goal became a running theme of Chelsea’s campaign. Even in their Champions League final triumph over Manchester City, he spurned several golden opportunities.

The German is more culpable than most when it comes to dissecting Chelsea’s profligacy last season – his big-chance conversion rate was the third-lowest among players who scored six or more Premier League goals – but the issue is a collective one.

JAMIE REDKNAPP: Leicester will make a real go of it against Liverpool