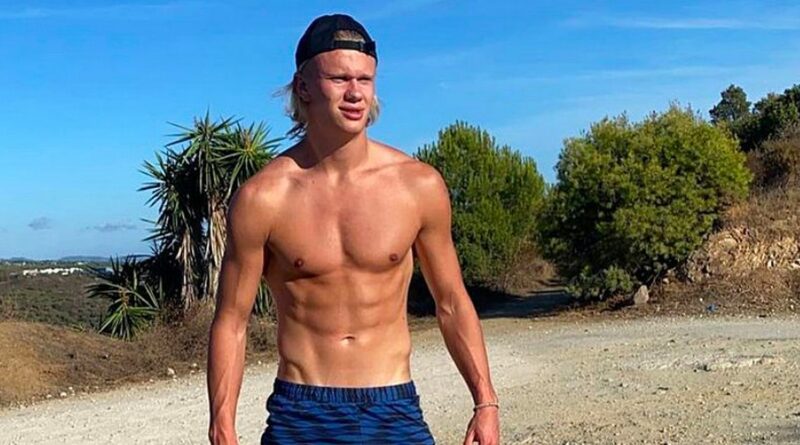 The 6ft4in Norwegian hotshot eats “like a bear” and wolfs down swordfish, sea bass and sea bream all cooked with veg. He also scoffs plates of chicken and pasta cooked without salt or oil, teammates revealed.

And he also mainly drinks water and avoids sugary snacks and frozen food, opting to eat fresh produce only. His dad Alf-Inge Haaland – who played for City from 2000 to 2003 – says the diet started after Patrice Evra told him about Man United superstar Cristiano Ronaldo’s diet.

The ex midfielder said: “I had to be determined to make it in the game. But Erling made all the sacrifices, leaving home at 16 to move to Molde, and he is a lot more professional than I was.

“He was told a story by Patrice Evra about a lunch he had with Ronaldo and Cristiano had fish, nothing else. Erling now tries to do the same things because Ronaldo is still at the top of the game, so it shows the value of doing the right things.”

Who will score more goals next season – Haaland or Ronaldo? Let us know in the comments section.

Norway team-mate Josh King, who plays for Watford, says he has never seen anybody eat as much as the 21-year-old, who City signed from Borussia Dortmund for £64m.

He said: “He’s just a freak. I’ve never ever seen anyone eat as much as he does.” Striker King added that Haaland “eats like a bear”, which helps to maintain his imposing physique and gives a physical the edge over opposition defenders.

According to The Athletic, Haaland employs a personal chef who serves him up 4,000 calories every day. Cheat days are a rarity for him, but he is said to love Indian food, duck and sweet and sour chicken from the Chinese, and above all else – kebabs.

“I really like kebab (meat), I love it,” Haaland said recently. “That doesn’t mean I eat it all the time. I eat it a couple of times a year when I’m in my hometown. I almost never eat it, but it’s still my favourite food.” 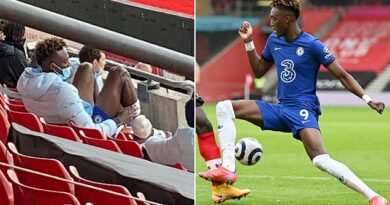 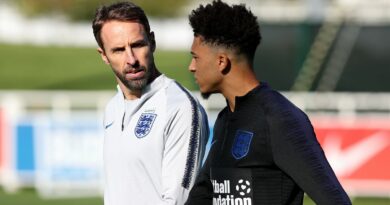