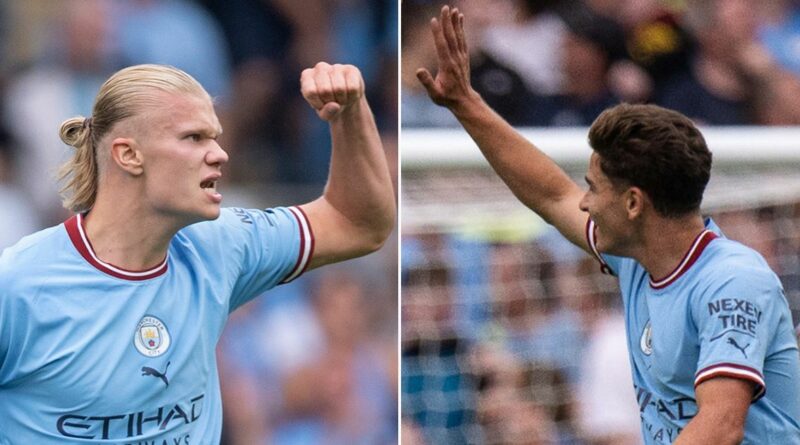 Manchester City might have signed two of the world's most exciting young strikers in Erling Haaland and Julian Alvarez, but be under no illusions, Haaland is the main man.

Both players played starring roles in City's thumping win over Nottingham Forest on Wednesday night, with Haaland bagging his second hat-trick in as many games, and Alvarez netting a brace as the defending champions ran out 6-0 winners at the Etihad.

It was the first time both forwards had started a match together, with Haaland in the centre and Alvarez on the right, and it only took a few seconds for the former Dortmund man to begin asserting his dominance over his Argentine team-mate.

As soon as the game kicked off Alvarez, who spent the last couple of seasons playing in the centre for River Plate, began drifting infield, prompting a bullish response from Haaland.

The Norwegian barked at Alvarez, ordering him back towards the touchline like a silverback gorilla stomping his fists and roaring a smaller male.

How many goals will Julian Alvarez score this season? Let us know what you think in the comments section below.

Alvarez meanwhile has netted three goals in all competitions this campaign, though four of his five City appearances have come from the substitutes bench.

City's win keeps them two points behind league leaders Arsenal, who maintained their 100% record with victory over Aston Villa tonight, and two points ahead of third-placed Tottenham, who drew with West Ham. 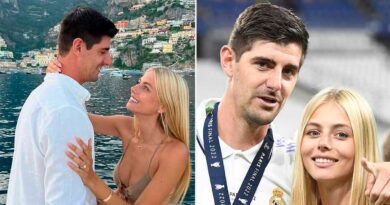 Barcelona's Ousmane Dembele OUT for the rest of the season

Guardiola: Man City do not get same respect as United or Liverpool