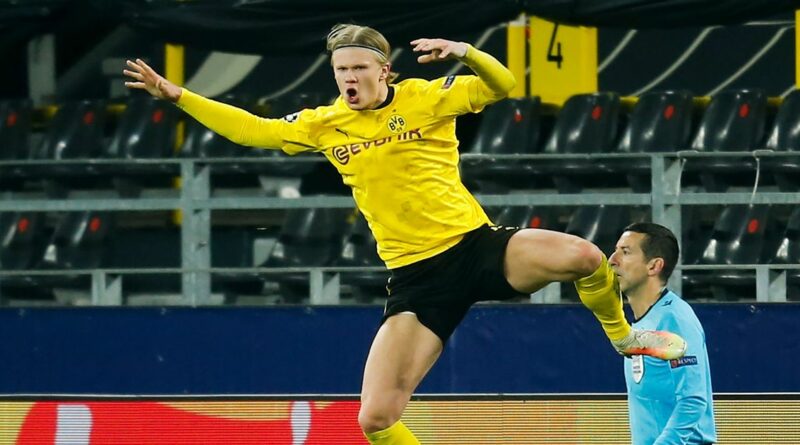 Erling Haaland has emerged as one of the most talented young players in world football since moving to Borussia Dortmund last year.

The Norwegian sensation, who has bagged a stunning 33 goals in as many appearances for Dortmund this season, is now attracting interest from the likes of Manchester United, Chelsea, Barcelona and Real Madrid ahead of what promises to be a fascinating summer transfer window.

Yet scoring goal after goal on the football pitch is not his only sporting talent.

Because incredibly, Haaland also still holds a world record for the longest standing jump ever recorded by a five-year-old.

International Age Records show that the striker set the record on 22 January 2006, producing a remarkable leap of 1.63m to become the highest-jumping five-year-old on the planet.

As a youngster, Haaland's father Alf-Inge used to "test" his son by introducing him to a number of sports; including cross-country skiing, handball and athletics.

In an interview with Dagbladet the former Man City and Leeds defender said: "It was before [Erling] started playing football.

"We used to take him to athletics so he could test himself. Erling played handball, athletics and cross-country skiing til he turned 14. Norway's handball manager wanted him to play handball."

He added: "I thought it was nice to play tennis and handball next door.

"Versatility is important. You get to develop completely different sides of the body, and that can be positive no matter what you do."

In the end Haaland chose football and joined Norwegian club Bryne FK at the age of five.

After eventually breaking into their senior side, he signed for top-flight club Molde at the age of 16, where he scored 20 goals in 50 games.

Red Bull Salzburg then came calling a year later, and after bagging 29 goals in 27 games he earned his big move to Dortmund in January 2020.

READ MORE: Referee branded "childish" after getting Erling Haaland to sign red and yellow card after Man City vs Dortmund

Bissouma is being 'followed by Liverpool ahead of January window'