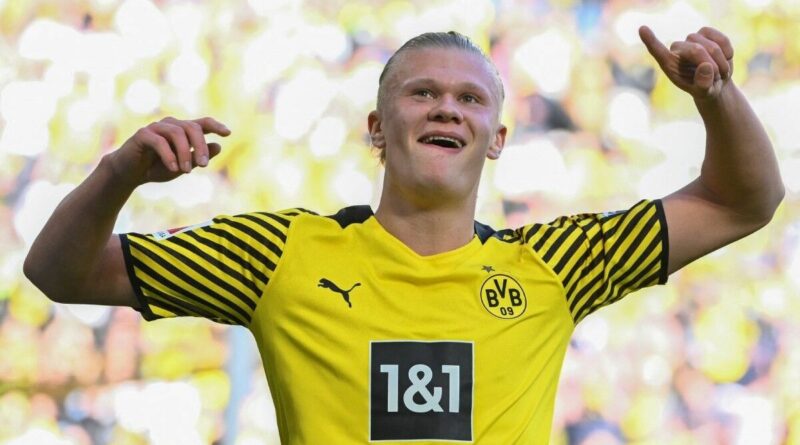 Erling Haaland’s speculated summer transfer to Manchester City could spark a significant domino effect throughout the Premier League. The 2022 summer window could be the most monumental in recent history, with Haaland’s English top-flight arrival the headline move.

According to MailSport, Man City have agreed terms with the 21-year-old striker’s representatives over a summer deal. The Premier League champions will make him the highest-paid player in the division with a £500,000-a-week salary across five years.

City are now set to trigger the £63million release clause in his Borussia Dortmund contract and secure the services of one of Europe’s top goalscorers. It will end Pep Guardiola’s long-winded search for Sergio Aguero’s replacement at the Etihad Stadium following his 2021 departure.

Haaland’s arrival in England could catalyst a series of transfers throughout the summer transfer window. And such a sequence would likely start with Guardiola sanctioning an exit for one or two of his current attacking crop to make space for the Norway international.

A likely candidate to be directly impacted by Haaland joining City is Raheem Sterling, who, earlier this season, admitted he was open to a new challenge. Guardiola responded to the England winger’s comments by admitting he was free to leave east Manchester if he desired.

During City’s pursuit of Harry Kane last summer, reports suggested they offered Sterling to sweeten the deal. Tottenham Hotspur could be a realistic destination if he wants to stay in England while AC Milan, who are set to be taken over by a mega rich Bahrain-based asset manager Investcorp, are said to have him on their shortlist. If Antonio Conte’s side miss out on Champions League football, meanwhile, Kane could successfully push for an exit this time around.

Sterling’s arrival could allow the England captain to depart, and he’s known to be one of Manchester United’s prime targets in their search for a new striker. Should the Red Devils secure a top-four spot, it could be an attractive prospect for Kane.

The 28-year-old’s Old Trafford switch could spell the end of Cristiano Ronaldo, whose future is also unclear. One of the touted possible destinations for the Portuguese icon has been Paris Saint-Germain to materialise a fantasy attacking link-up with Lionel Messi.

It’s extremely improbable, of course, but if all of that happens, the final piece of the puzzle would see Mauro Icardi depart the French capital. He’s been linked with Arsenal and Newcastle, and both clubs are looking for a new striker this summer.

The sequence would conclude with another striker arriving in the Premier League, but one of the competition’s most prominent setting sail. 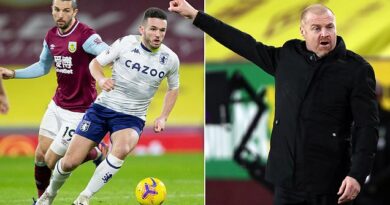 Hilarious spat between Dyche and McGinn in recent match revealed