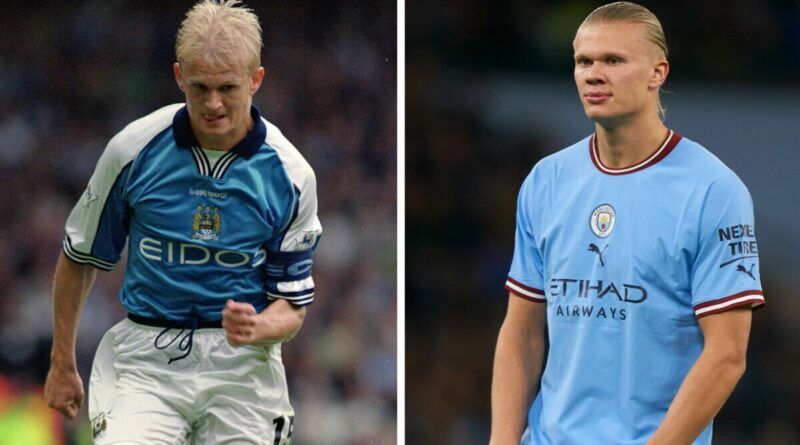 Erling Haaland’s dad Alf-Inge is having a big influence on his career, according to former England goalkeeper Nigel Martyn, who played alongside the ex-midfielder during his time at Leeds. Haaland junior joined Manchester City in the summer and has ripped up the Premier League ever since.

“Alfie was hard-working – a good midfielder,” Martyn exclusively told Express Sport. “His son is probably in a different league. I’m not trying to be mean and I’m sure Alf would be the first to admit it that Erling is in the top five players in the world, definitely. He’s come in and hit the ground running here, scoring goals here.

“I’m sure Alf has had a big influence on him and will have great advice for him but it’s up to Erling when he’s out on the pitch and he’s certainly doing it at the moment. I think he’s hard-working. I don’t think he’s a goal hanger, he doesn’t just stand in the middle of the six-yard box waiting for tap ins. He does work hard for the team, he holds the ball up and links well with other players.

“Alfie will have helped in his development, but you know he’s been at Borussia Dortmund and everything and developed along the way. Different coaches will all be giving him different things and I think Alfie’s role now is mentoring him, giving him advice and making sure he makes good decisions in a footballing sense. He seems to have been managed perfectly so far.” 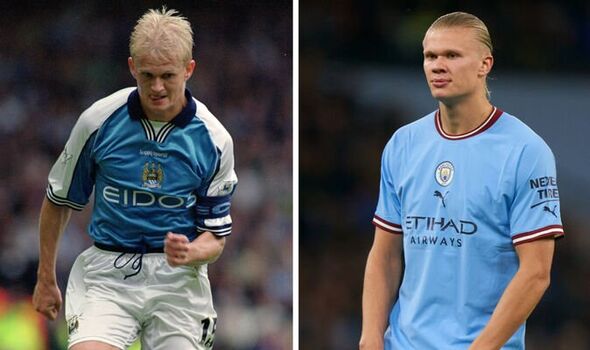 Striker Haaland has scored an incredible 19 goals in his first 12 games for City and found the back of the net twice in the Champions League on Wednesday night against Copenhagen. The 22-year-old has already scored 14 times in the Premier League and appears to be on course to surpass the joint-record 34 goals Andy Cole hit during the 1993/94 campaign, which Alan Shearer repeated for Blackburn a season later.

Haaland has scored Premier League hat-tricks against Crystal Palace, Nottingham Forest and Manchester United in the first two months of the season. And Martyn thinks that nothing is beyond the youngster. 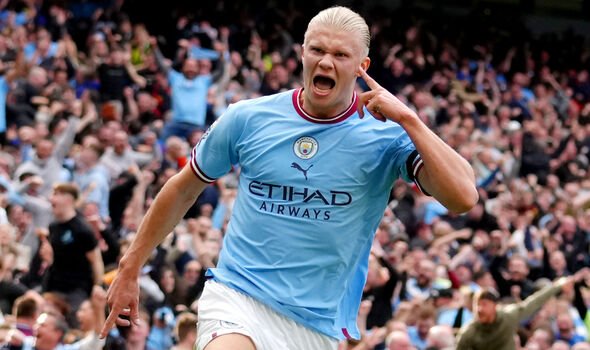 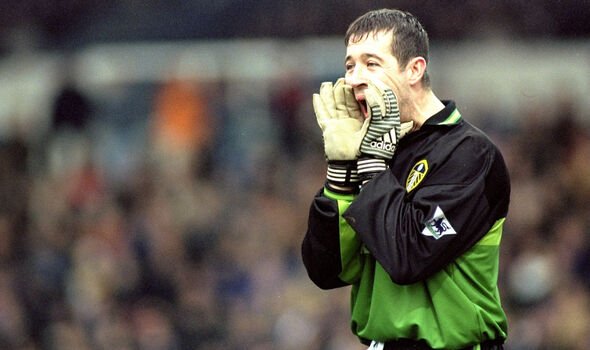 “He’s a handful – physically, heading, the power of his shots,” the 56-year-old added. “He’s a threat in all departments. There’s nothing you’d say is an obvious flaw in his game – it’s all there.

“I mean the sky is the limit. At Dortmund he was so young but he was scoring so many goals and when you’re doing that you’re bound to turn heads. He’s now got his big move to Man City and this is his first real test at a big club and already the goals are flying in for him in the Premier League and the Champions League as well.”

WIN A FREE ENGLAND SHIRT FOR THE WORLD CUP 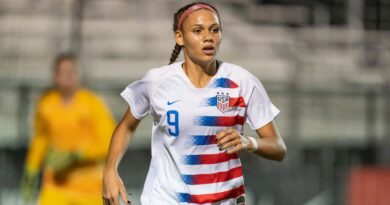 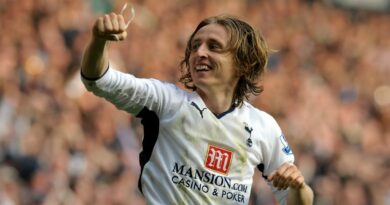 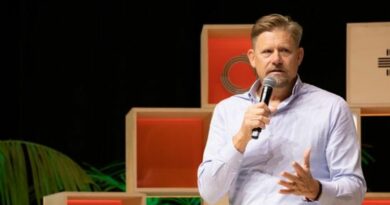