‘I went with my boots, shin pads, one pair of jeans, one shirt… and my Chelsea tracksuit!’: Michael Essien recalls rushed deadline day loan move from Chelsea to Real Madrid to reunite with Jose Mourinho in 2012

Michael Essien has recalled the frantic stages of his deadline day loan move from Chelsea to Real Madrid in 2012.

The midfielder was made aware of the LaLiga side’s interest in taking him on loan as the Blues were preparing for the UEFA Super Cup final against Atletico Madrid.

Essien had to tell the team bus to stop en route to the stadium and ended up missing the final as negotiations between Real and his agent developed. 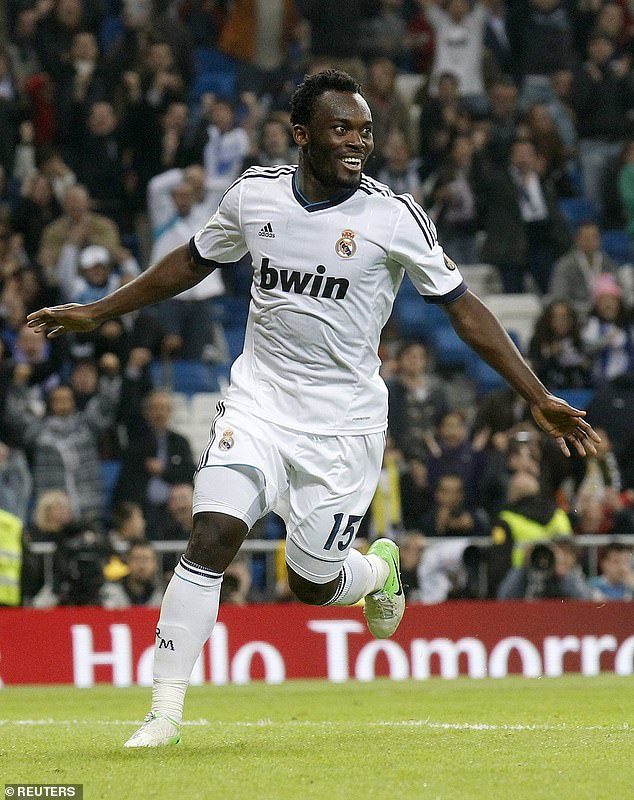 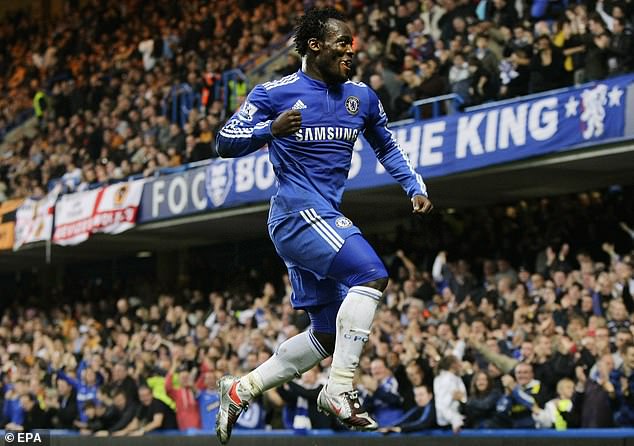 The 37-year-old remembers the whirlwind 24 hours which saw him say his goodbyes to his team-mates and board a flight to Spain to join his former manager Jose Mourinho.

‘A strange number called me but I didn’t want to answer it, but my cousin, who was in the room with me that day, told me to pick it up,’ Essien told GhanaWeb.

‘The number kept calling so I picked and, as soon as I said hello and another hello came from the other end, I realised who was on the phone. I told my cousin it’s Jose Mourinho. 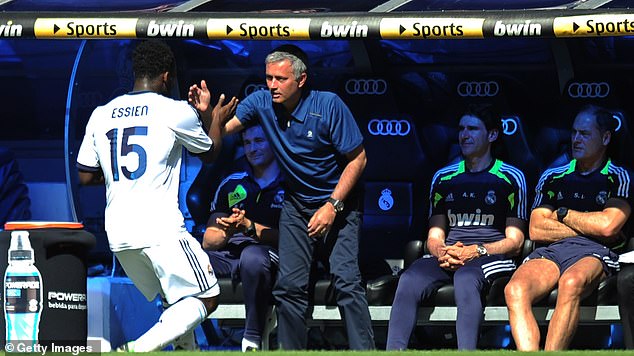 ‘Real Madrid were doing their [negotiating] with my agent and I was in the bus as we were about to leave to the stadium.

‘[My agent] said he had to send some fax to some people so I had to shout at the bus driver to stop like some mad man.

‘All my teammates were looking at me like: “Michael what’s going on?” 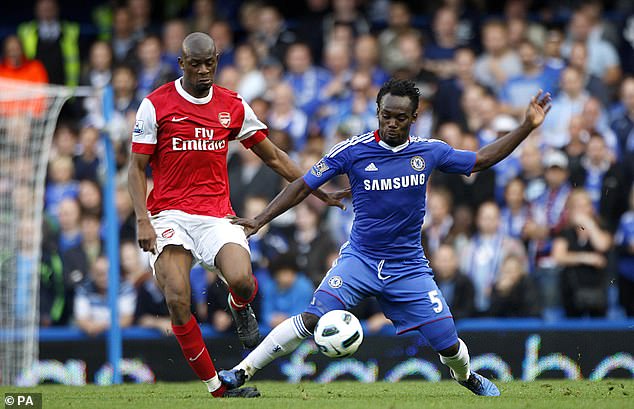 The 37-year-old said he took just his boots, shin pads, some clothes and his Chelsea tracksuit

‘The bus stopped and I went back to the hotel to wait for my agent. My agent came and sent the fax and thankfully everything got finalised on time.’

‘After the [medals] ceremony, we went back to the dressing room where I properly wished them goodbye.’

Essien told his agent he had to go to the stadium so he could collect his boots but took only a few items with him when he made the journey over to Madrid.

‘I just took my shin pads and boots and that’s it. I said bye to everyone including [Roman] Abramovich, [who] wished me good luck. The next day I was on a plane to Madrid.

‘I went to Madrid with just my boots, shin pads, one [pair of] jeans, one shirt and my Chelsea tracksuit.

‘I got to the airport [and] Jose was there waiting for me. He greeted me and I went to the hospital to undergo my medical. The next day, I started training.’