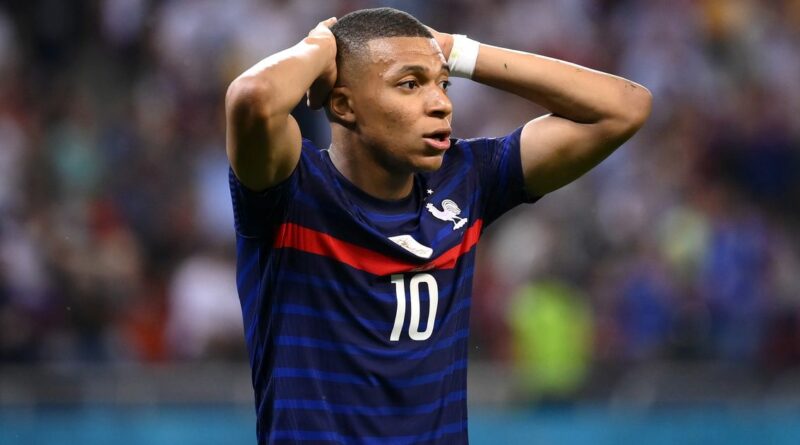 England take on Italy in Sunday's final of Euro 2020 as a brilliant summer of football draws to a close.

There have been plenty of exceptional performances along the way from the likes of Cristiano Ronaldo, Raheem Sterling and Patrik Schick.

But some of those we were expecting to soar have crashed and burned during the Euros, with the tournament throwing up some huge upsets.

France, Germany, Portugal and Holland all crashed out in the last-16, and they all have plenty of mentions in the biggest flops XI.

Sides like Turkey and Russia will have been hoping for better results in the group stages, but their key men failed to deliver when they needed them most.

The World Cup winner failed to keep a single clean sheet, conceding twice against Hungary, and had a tournament to forget all in all.

The 35-year-old will most likely still be in the sticks for next year's World Cup, but the likes of Marc-Andre ter Stegen and Bernd Leno will surely be making a case for their inclusion.

Who was the biggest flop of Euro 2020? Have your say in the comments below

Brazil-born full-back Fernandes was expected to be a leading light for Russia at this summer's Euros.

But the CSKA Moscow right-back, who ended up playing right-midfield at times, ended up drawing blank as the Russians crashed out in the group stage.

In fact, in the only game his nation won, a 1-0 win over Finland, Fernandes was taken off midway through the first half after a dangerous-looking fall which fortunately left no lasting damage to his spine.

Supposedly one of the best young defenders in the world, Juventus' centre-back De Ligt failed to live up to his massive reputation this summer as Holland crashed out embarrassingly to Czech Republic.

Courtesy of VAR, De Ligt was sent off in that Round of 16 clash for handling the ball as Patrick Schick ran through on goal, as the £67m man tried to push the ball out of the way after he slipped under pressure.

Of course, Czech Republic went on to win 2-0, no doubt thanks to their one-man advantage.

It was a valiant show from Hungary 'Group of Death', so to include one of their star men seems a little harsh.

But as the key man at the back, Orban was one of the worst players in a side that conceded six goals in three matches, and he was at heart of all three of the Portugal goals that condemned them to defeat in their opening game after such a good showing for most of the match.

The RB Leipzig stalwart can be proud of the Hungary's team performance at Euro 2020, but he'll know he could have done better on a personal level.

Borussia Dortmund wide man Guerreiro scored the first of those Portugal goals against Hungary, though it could quite easily have been an own goal after his effort took a huge deflection off of Orban himself.

That would turn out to be Portugal's only win at the Euros, and they were rather unluckily knocked out by Belgium in the Round of 16.

Guerreiro did actually hit the post against Belgium, but his arguably avoidable own goal and defensive fragility were not up to the standard of a player who has built a reputation as one of the best left-backs in the world over the last couple of seasons.

A hamstring problem ruled him out of the 2-1 defeat to Italy in the last-16, and who knows how things would have turned out if they'd had Hazard and Kevin de Bruyne fit and firing.

But the 30-year-old looks a shadow of the player he was at Chelsea, and as one of the key men, Hazard had very little bearing on his nation's tournament.

Unfortunately for Wales, Ramsey didn't deliver the big performances they needed him to to repeat their heroics at Euro 2016.

It was easy to tell the 30-year-old was out of form given the last two seasons he's spent at Juventus, and the ever-reliant former Gunner was anything but that this summer as Wales crashed out to Denmark in the last-16.

Ramsey should have had a hatful against Turkey, but only managed to find the back of the net once, and the beating heart of the Wales team was unusually flat.

After such a successful 18 months at Manchester United, many of us were expecting Fernandes to be one of the stars of the show at Euro 2020.

But the playmaker was a bitter disappointment for Portugal, and ended up being dropped to the bench after the opening two group games.

Fernandes and United fans will be hoping that this isn't a sign of things to come – it's no secret how important he is to the Red Devils.

Tipped to be the next biggest thing, Under added to his underwhelming loan spell at Leicester with an even worse showing at the Euros.

It was a disappointing tournament for Turkey, and the Roma winger failed to create any moments of note to lift the spirits of the fans, like they will have been looking to him to do.

Under has joined Marseille on loan this week, and the Ligue 1 side will be looking for him to have more of an impact than he did this summer.

The stage was set for Mbappe to be the star of the show at Euro 2020 with the memories of the 2018 World Cup still fairly fresh.

But he quickly turned from hero to zero as his missed penalty cost France their place in the tournament after an absolutely thrilling 3-3 draw with Switzerland in the last-16 ended up going to a shootout.

The PSG superstar didn't even manage to get on the scoresheet in four games for Les Bleus, though he did manage two assists; a measly effort by his standards.

Yilmaz's record of a goal every 28 minutes in Ligue 1 last season was a record only bettered by Mbappe as he helped Lille secure the French league title.

However, the Turkey striker looked like he'd spent the season warming the bench, and failed to register a single strike in his nation's disappointing campaign.

Yilmaz turns 36 later this month, and it's unlikely we'll see him at the Euros again, but if Turkey qualify for the World Cup next year, he'll be hoping to have a much better swan song.