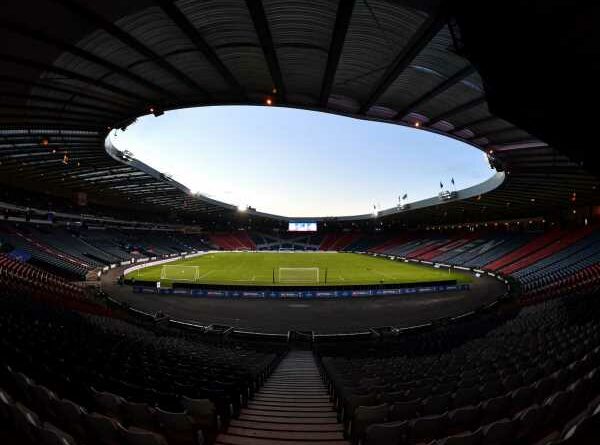 Scotland fans have been given Euro 2020 encouragement after Nicola Sturgeon declared optimism that there would be a “reasonably good number” of supporters at Hampden.

Uefa has asked for the 12 host cities – including Glasgow, Dublin and London – for their proposals on how many fans they expect to be able to accommodate by Wednesday.

While the UK government has announced plans for a number of test events – including a 21,000 crowd for the FA Cup final on 15 May – with a view to having Wembley full for at least some European Championship games, the Scottish government has been more circumspect.

There is no date set for fans to return in Scotland but provisional proposals will be handed to Uefa this week.

Sturgeon would not go into details but she gave fans hope they could be in Hampden for games against Czech Republic on 14 June and Croatia eight days later.

The First Minister said in her daily briefing: “We have to put our proposals into Uefa, they have to then assess those and it will be for them to set out the proposals in due course.

“But obviously these are discussions and deliberations and decisions that have to be made by the appropriate authorities.”

The SNP leader added: “I have said this before and I am not alone here, there are many people who will feel it even more strongly than I do, I desperately want to have these matches played here in Scotland at Hampden, not least because we will have the ability to cheer on Scotland in a couple of those matches.

“So it is really important for sports fans but also, just the idea that that will be possible come June, I think gives us all a lift and a belief that things might be getting back to normal.

“In terms of the European Championship, there are other countries involved in this, and some of those countries have real challenges on their hands with Covid right now. So there are some tough issues for all of us to continue to grapple with.

“But we’re still in a global pandemic. I can’t stand here in early April and give absolute 100 per cent guarantees for June on anything. That’s not the nature of what we are dealing with.

“But I’m very, very hopeful I might be at Hampden to watch Scotland in the European Championship and we’ll continue to work as hard as we can to make that happen.”

Meanwhile, Scotland have arranged two warm-up games ahead of their opener against the Czechs. Steve Clarke’s side will face Holland in the Estadio Algarve, near Faro, Portugal, on 2 June and Luxembourg away on 6 June.

A Scottish Football Association statement added: “Further details of Scotland’s preparations will be communicated in due course and in consultation with the Scottish government with regard to elite athletes’ training camp guidelines.”

From West Brom to Bayern: Serge Gnabry’s journey to the top