Home » Euro 2020: ‘Impossible’ for games in Bilbao to have crowds, says Spanish FA 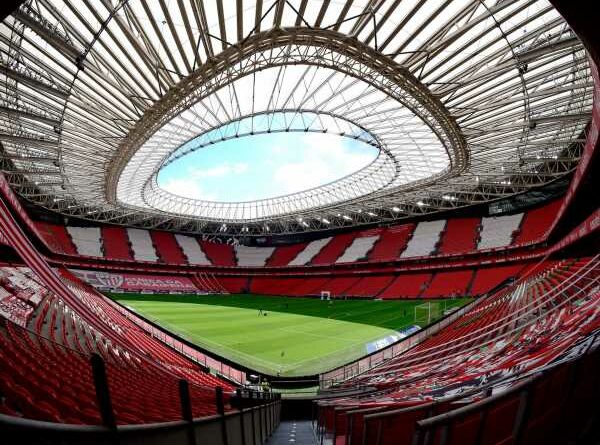 Bilbao will be unable to have crowds at the Euro 2020 games it is due to hold, the Spanish soccer federation has said, throwing into doubt the city’s chances of remaining as a host for the rescheduled competition.

Bilbao’s city hall said earlier on Wednesday it had submitted a plan to organisers Uefa to have the San Mames stadium at 25 per cent capacity for its four games at the tournament, as long as Covid-19 rates dropped to levels accepted by the regional health authorities.

Uefa, whose president Aleksander Ceferin has stated host cities must allow fans at stadiums in order to hold matches, will analyse Bilbao’s proposal along with the other 11 cities before making a final decision at a congress on 20 April.

But the federation said the Basque government’s conditions were “impossible to meet” in time for the start of tournament on 11 June, also denying it had come to an agreement with the regional government.

“It’s false that the federation has agreed these conditions with the Basque government, which are impossible to meet,” said the federation’s statement.

“Yesterday we received the requirements the Basque government imposed in order to have crowds at the European Championship and from the first instance one could see they would be impossible for the federation to accept.”

The Basque government’s conditions for opening the stadium at 25 per cent capacity depended on transmission rates falling to below 40 cases per 100,000 regionally and nationally.

Regional hospital occupancy must be at below 8 per cent, while national population immunity must be at least 60 per cent.

“These objectives are impossible to meet and therefore will result in the absence of crowds,” added the federation’s statement, also saying it would not take any responsibility if Uefa decides to strip Bilbao of hosting rights.

The Basque government did not immediately respond to a request for comment on the federation’s statement.

Dublin’s status as a Euro 2020 host city is also under threat after the Irish government said said it was unable to update Uefa on whether it would be able to stage matches with fans due to the effects of the pandemic.