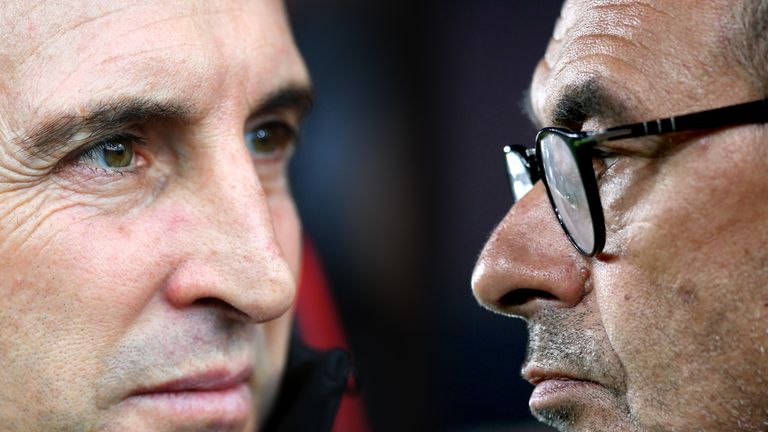 Arsenal and Chelsea meet in the Europa League final on Wednesday in a match that could define their seasons, shape their summers, and determine their futures.

Victory for Arsenal in Unai Emery’s debut campaign would secure a place in next season’s Champions League, with the Gunners having missed out through their final Premier League position.

Chelsea are already assured of a place in the Champions League but might be saying farewell to Eden Hazard this summer if he departs for Real Madrid, while the future of head coach Maurizio Sarri is also under the spotlight.

But who does it mean more to? And what are the main talking points? We take an in-depth look at the Europa League final…

Emery has stressed in his first season that the “objective” for Arsenal was to finish in the top four in the Premier League. They didn’t achieve that – due in part to a terrible run at the end of the campaign that saw them take just one point from four matches – but they have another chance to secure the same reward of joining Europe’s elite competition with victory in Baku. Plus they can add a trophy to their cabinet.

Victory would ensure the season is remembered as a success, perhaps even more successful than expected.

You can follow all of the action of Chelsea vs Arsenal from Baku on the Sky Sports App and skysports.com with our dedicated Europa League final live blog, which will feature the best build-up, commentary and reaction.

The Europa League final will take place on Wednesday, May 29; Kick-off is at 8pm.

“Our possibility is to win a title and play in the Champions League next year,” said Emery ahead of the game. “Now I can say the same as when we started. It’s going to be difficult. We can be, first, happy for this challenge and with a very big responsibility to do all to achieve that.”

The flip side for Arsenal is that defeat would leave the season wide open to far closer scrutiny.

The Gunners could, after all, have finished in the top four with just two additional points.

A win from any of those four games towards the end of the season – Crystal Palace, Wolves, Leicester or Brighton – might have been enough.

Achieve victory in Baku, and that poor run of results will be forgotten. Lose, and the shortcomings might sting a little more, especially as it would mean a third straight season without Champions League football. That would be Arsenal’s longest sustained absence from the competition since 1997/98. 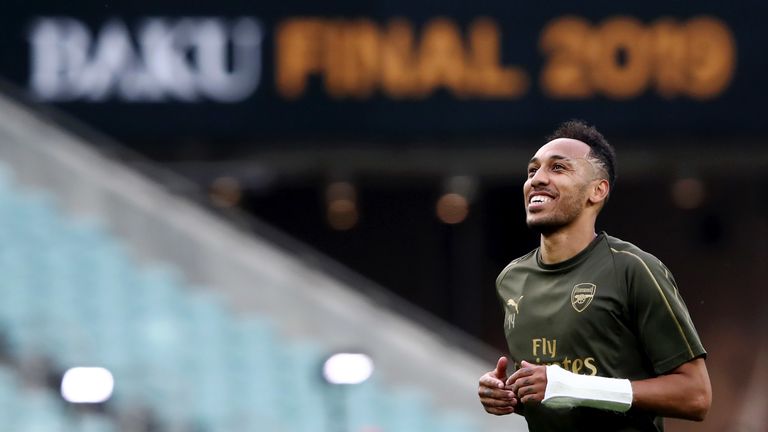 “A club like Arsenal has to be in the Champions League,” said midfielder Granit Xhaka. “We want to give the fans Champions League back. We can take a trophy and go back there.”

As well as the prestige of playing in the Champions League, Arsenal’s summer spending plans will also be impacted by the result in Baku. Champions League football will increase their budget and gives them the potential to attract a higher calibre of player.

What would win mean for Sarri?

Sarri has been a head coach for 29 years. He has managed 19 different clubs. However, major silverware has always eluded him.

He came close to winning his first trophy earlier this season when Chelsea lost on penalties in the Carabao Cup final, but now he gets another shot. And might it be his final shot with the Blues?

Despite a seemingly successful season – at least in terms of end results – Sarri could be leaving Chelsea to join Juventus. Sky sources have indicated Sarri’s agent Fali Ramadani is set to meet Chelsea director Marina Granovskaia to discuss the terms of his exit after the Europa League final.

What better way to sign off than with a trophy, even though Sarri was keen to avoid talk over his future ahead of the match.

“I want to think only of the final. I have a contract then for two years. Now is not the moment. Our feeling is that we want to win. 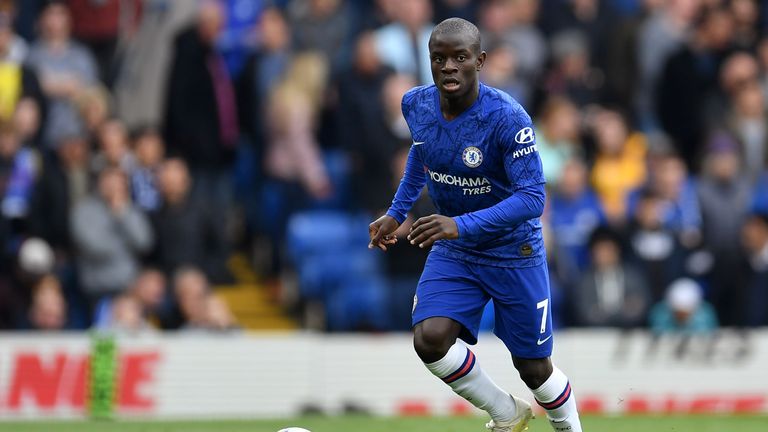 This could also be the “perfect farewell” for Hazard, who is entering the final year of his contract and is wanted by Real Madrid.

Hazard insists nothing has been finalised regarding his future, but he conceded lifting the trophy in Baku would provide a fitting send-off.

“If it is my last game, I hope to bring the trophy. Would it be the perfect farewell? Yes.”

One of the big talking points ahead of the final is whether goalkeeper Petr Cech plays for Arsenal.

The 37-year-old is retiring this summer and is expected to return to Chelsea as a sporting director.

After the news broke, Cech – who has started all eight knockout matches in the Europa League this season, but has been second choice to Bernd Leno in the Premier League – took to Twitter to state he is fully focused on Arsenal’s cause, but whether he should be selected ahead of Leno has been widely debated going into the showdown.

Emery wasn’t conclusive in the build-up when asked about Cech starting.

“I respect him a lot. He is amazing, first as a person and a professional goalkeeper. He deserves trust in him, his career says to us he is a gentleman. He can start or cannot start, I am going to decide. How can we not believe in him?”

Emery will also decide whether Arsenal play with a back four or go with a 3-5-2 and hope the wing-backs can cause Chelsea problems. Henrikh Mkhitaryan will not be involved after he opted against travelling to Baku.

One potentially interesting aspect in the build-up is that Arsenal arrived in Baku on Saturday, whereas Chelsea only touched down on Tuesday. That should mean the Gunners are more accustomed to the climate and the three-hour time difference for a game that kicks off at 11pm local time. 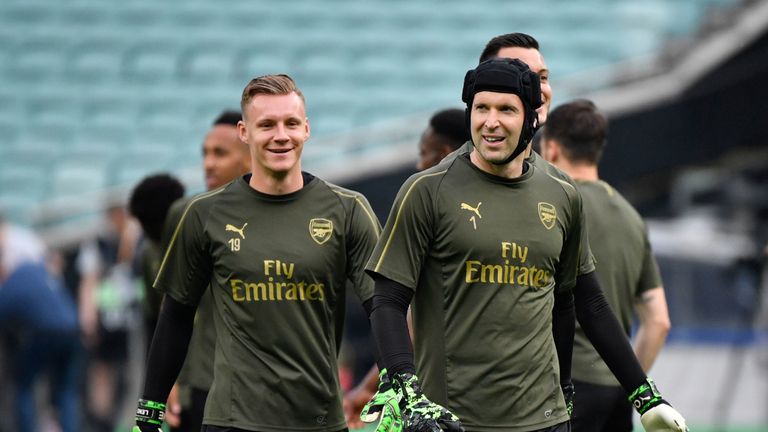 Will Kante be fit to start?

While Emery faces a decision over Cech, Sarri has several injury issues to contend with.

The most notable concern is midfielder N’Golo Kante, who is rated as only “50-50” for the final by Sarri due to a knee injury. Kante has been a key player for Chelsea and if he misses out, then Ross Barkley or Mateo Kovacic might start in his place. 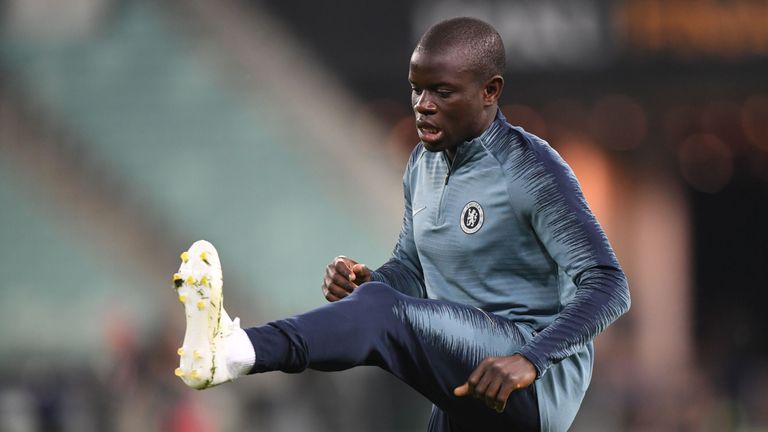 Antonio Rudiger is out due to injury, meaning Andreas Christensen is likely to start alongside David Luiz in the centre of defence, while Ruben Loftus-Cheek and Callum Hudson-Odoi will also miss out.

Sarri then faces a selection dilemma up front.

Olivier Giroud started as the main striker in all of Chelsea’s Europa League knockout games and is the joint-top scorer in the competition, but will he keep his place in the starting XI? Or will Sarri turn to Gonzalo Higuain? Or perhaps even play Hazard as a false nine, as he did in a 2-0 defeat against Arsenal in January and in the Carabao Cup final against Manchester City?

Sticking with former Arsenal striker Giroud seems like the logical choice, but Sarri could be tempted to make a change against familiar opposition. 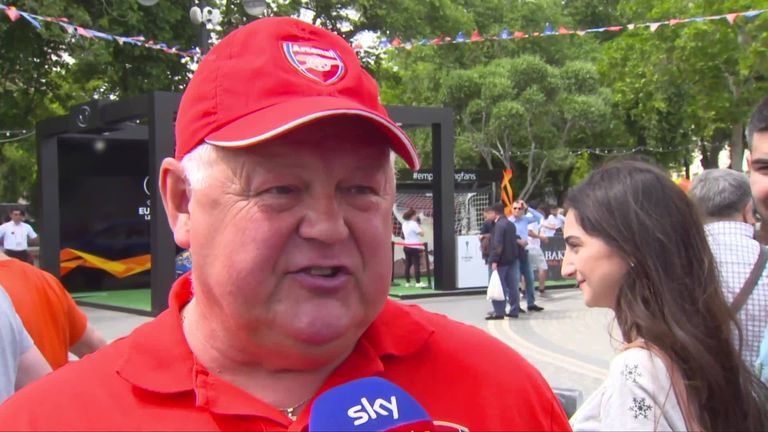 “This game has got drama written all over it.

“I think it’s bigger for Arsenal to get a result here. They’ve been out of the Champions League for two years. The manager has done well. The finances are starting to shrink in terms of buying power. If they were to get Champions League football, it would not make it a dramatic transfer window, but the deals will be cuter.

“The players that cost £20m-£25m will be better than what Arsenal currently have. Chelsea have been here too often. They go from the champions, to being poor, to running close, to being poor again. Chelsea have got the Champions League but they have the transfer embargo and are out of control at the moment, so it’s bigger for Arsenal than it is Chelsea.” 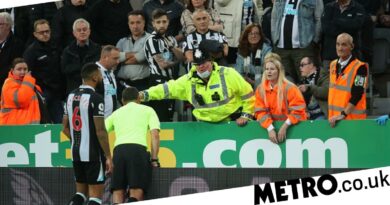