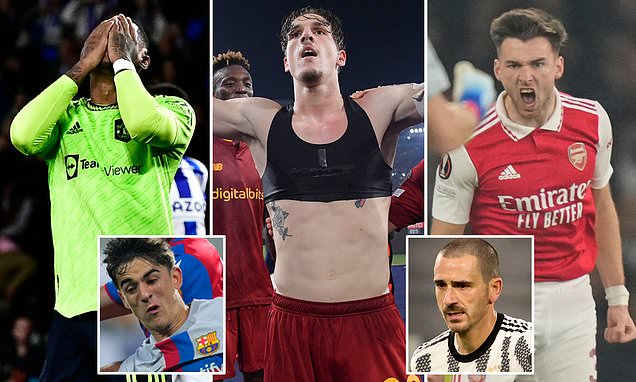 Man United and Roma face a nervy play-off against a Champions League drop-out – including Barcelona and Juventus – to book spot in Europa League last-16… but who else has sailed straight through with Arsenal?

Manchester United may have to lock horns with Barcelona or Juventus as they need to overcome a two-legged play-off to reach the last-16 of the Europa League.

Alejandro Garnacho’s goal, securing a 1-0 win over Real Sociedad, was not enough for United to top their group and as a result they will face one of the eight teams demoted from the Champions League in a dreaded play-off.

There are no such concerns for Premier League leaders Arsenal after they beat FC Zurich on Thursday, sailing straight through to the last-16, but United now face an anxious wait to find out their opponent. 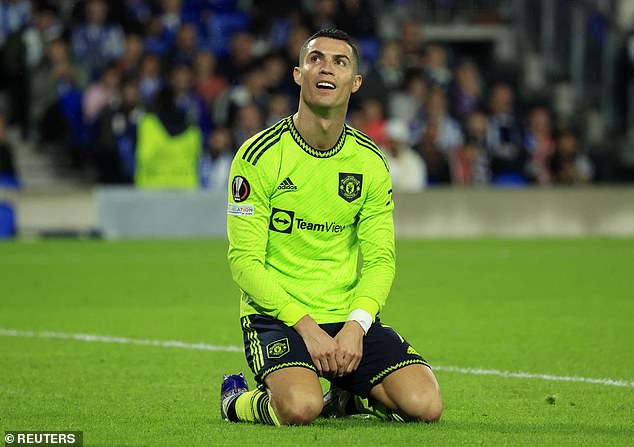 The way the Europa League works now is rather than face off against another runner-up from a different group, those teams who finished second will face a Champions League drop-out to reach the last-16.

Along with Barcelona and Juventus, two of the biggest disappointments in the Champions League this season, Ajax, Bayer Leverkusen, Red Bull Salzburg, Sevilla, Shakhtar Donetsk and Sporting Lisbon are dropping down into the play-off round.

Sporting Lisbon drop down particularly aggrieved after they temporarily held top spot in their group on the final matchday, only to go on to lose to Eintracht Frankfurt, leading to their demotion.

Jose Mourinho’s Roma will be one of the sides the demoted sides will hope to avoid – despite the fact they almost fluffed their lines making it to the play-off round.

Rick gave Ludogorets a shock lead at the Stadio Olimpico, sending the Bulgarian side through as things stood.

But Mourinho’s side rallied and two penalties from Lorenzo Pellegrini, as well as a strike from Nicolo Zaniolo, ensured Roma nabbed second spot behind Group C winners, Real Betis.

Bundesliga leaders Union Berlin, Dutch giants PSV Eindhoven and Rennes, Nantes and Monaco, all of Ligue 1 and France, have wound up in the play-off.

Midtjylland of Denmark are the other group runner-up to enter the play-off stage. 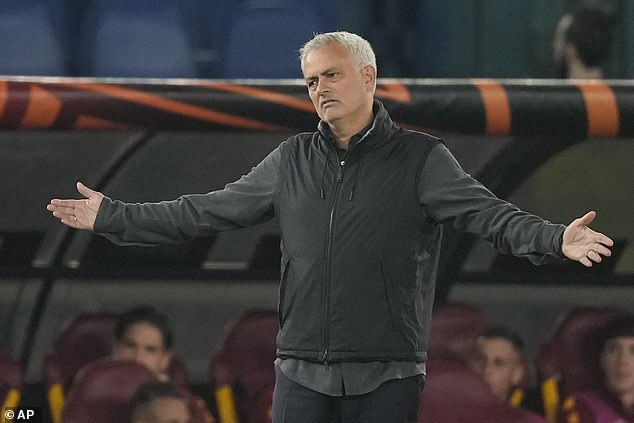 The play-off round was brought in last season – replacing the round of 32.

The draw will take place at 12pm on Monday, November 7 at UEFA’s Nyon headquarters and there are plenty of potential fascinating draws.

As well as heavyweight clashes against Barcelona and Juventus, who would come face-to-face with Ronaldo for the first time since letting him return to United, Sporting Lisbon would no doubt be itching to have Ronaldo back at his first club.

The first legs are slated to played on Thursday, February 16, with the second legs set for a week later on February 23. 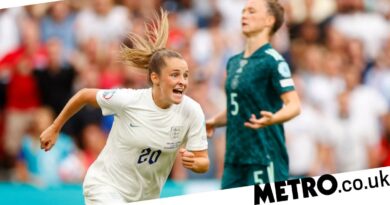 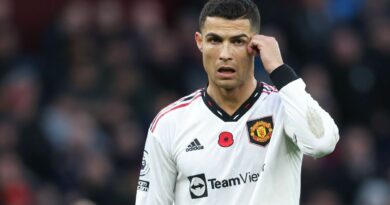 What channel is Denmark vs England on? TV and live stream info for Nations League match