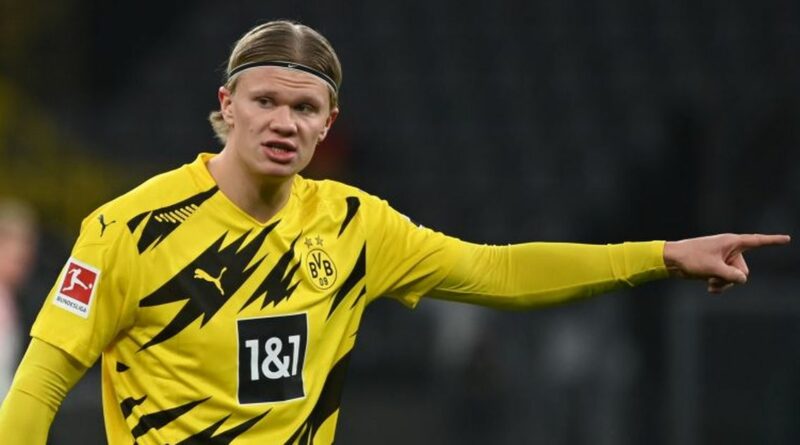 The Bundesliga pair have no shortage of potential suitors, including the likes of Manchester United and Real Madrid, so it may come as some surprise that they both have affordable release clauses inserted into their contracts – at least in super club terms.

And they're not the only ones that could be picked up for a relatively cheap fee.

Daily Star Sport have taken a look at six of Europe's best value release clauses as the January transfer window draws to a close.

Haaland has been a revelation since joining Dortmund from RB Salzburg for £17m in January 2020.

The Norwegian wonderkid is quick, strong, tall and has a canny knack for finding the back of the net as well.

At just 22, he has considerable scope to keep on improving, so it's no surprise that Dortmund have him tied down until June 2024.

Despite only heading to Dortmund last winter, Manchester United and Real Madrid are among those interested. Though they may have to wait until 2022, when his £63m release clause becomes active.

Plenty of teams are in need of a new centre-back, and Dayot Upamecano has been linked to plenty of the European giants.

He signed a new contract with RB Leipzig last summer, though the deal includes a reported release clause of £38m.

That becomes active at the end of the current season, so expect a transfer battle to ensue across the continent.

Granada goalkeeper Rui Silva helped the side to seventh in La Liga last year, and has kept 18 clean sheets in 52 league matches.

Silva will come cheap too with a release clause of £12.7m being active from the end of the season.

The likes of Schalke and Villareal are interested in forward Adolfo Gaich, who joined CSKA Moscow in the summer.

He’s not in the best form in front of goal, but plenty is expected of the 21-year-old in the future.

And for those willing to take a punt, the Argentina Under-23s star will be available for just £11.5m.

Osasuna are struggling in La Liga, though striker Chimy Avila is still impressing.

He has bagged 19 times in 54 appearances for the club and there are a number of Premier League clubs that would love a natural goalscorer.

And the 26-year-old will be available for just £20m this summer, with a transfer battle potentially in the offing.

Roma midfielder Pellegrini has impressed in Serie A this season, scoring three and setting up three more.

Plenty are believed to be interested in the 24-year-old, who has helped Roma push for the title in Italy.

He is a versatile player in the middle of the park and will be available for just £25m come the end of the season.