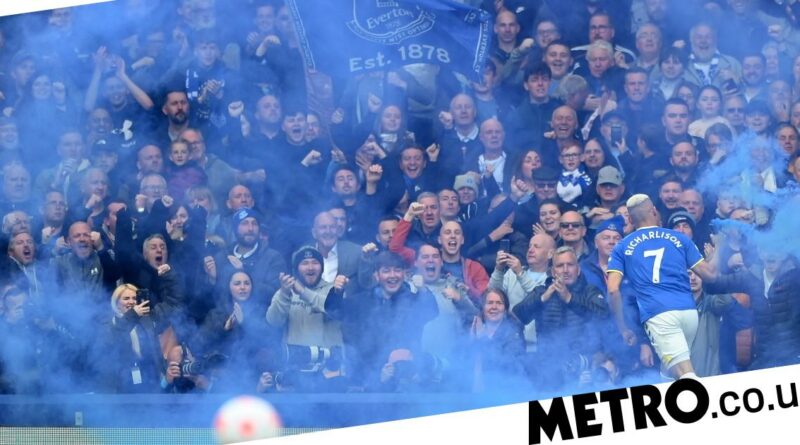 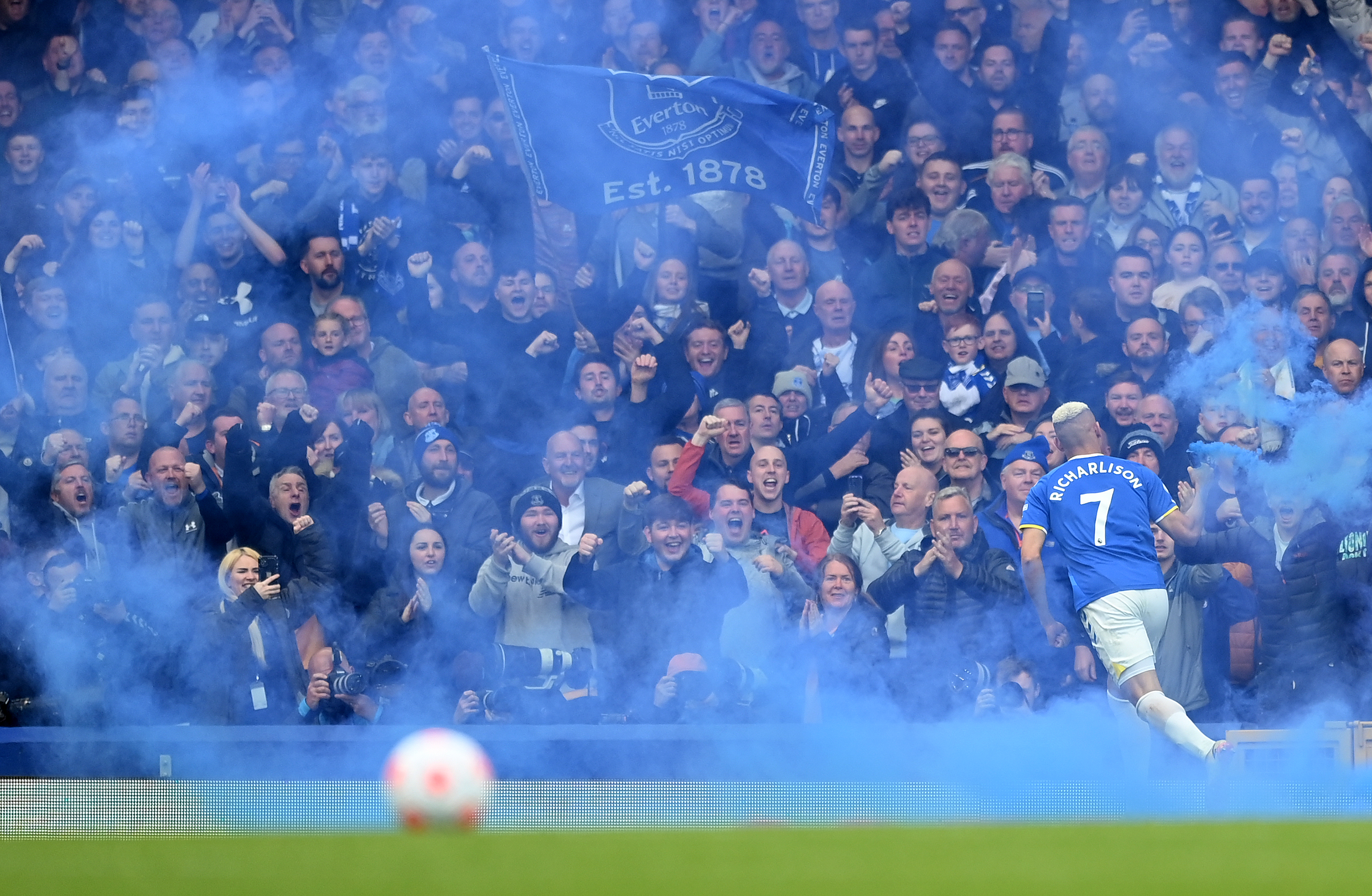 Everton beat Chelsea at Goodison Park on Sunday afternoon to earn a crucial three points in their fight against relegation, and ensured that their destiny is in their own hands with five more matches left to play.

Fans met the arrival of the team bus with a display of banners and blue smoke bombs, and the Blues responded to the show of support with a display which combined graft with guile in the key moment to take victory.

The first-half was a relatively non-descript if badly-tempered affair in which a contest completely lacking goalscoring opportunities was sporadically livened up by skirmishes among both sets of players, with referee Kevin Friend dishing out a glut of bookings to players including both captains.

The Toffees took the lead immediately after half-time when Richarlison was rewarded for pressing high up the pitch with a goal. The Brazilian harried Chelsea skipper Cesar Azpilicueta, who dallied on the ball for too long on the edge of his own penalty area after receiving a simple pass from Thiago Silva, into an error before sliding a precise finish beyond the reach of Édouard Mendy after a quick one-two with Demarai Gray.

Less than two minutes later the home side should have doubled their advantage, but Ukrainian left-back Vitalli Mykolenko spurned an excellent opportunity when he fired over Mendy’s crossbar despite being found unmarked at the far post after an excellent move involving intricate edge-of-the-box play from Gray and Abdoulaye Doucouré.

Chelsea subsequently rallied and were denied an equaliser in agonising circumstances just before the hour mark when Mason Mount’s half volley cannoned back out off the inside of the post, and Everton goalkeeper Jordan Pickford reacted with lightening quick agility to stop Azpilicueta’s follow-up from crossing the line.

From the resulting corner, the ball was headed down at the back post and Pickford well saved again from point blank range as defender Antonio Rudiger tried to fire home a finish.

From there Chelsea manager Thomas Tuchel altered his side’s formation in an attempt to find a goal, but the introductions of Hakim Ziyech and Christian Pulisic failed to inspire his side, while former Everton striker Romelu Lukaku stayed sat on the bench.

A let chance fell to the home side, with Gray blasting over the bar with five minutes remaining after another good pass from Doucouré, before a stoppage-time twist and shot from Mateo Kovacic was smartly stopped by Pickford at his near post.

Chelsea dominated possession but in truth deserved nothing from a match in which they offered precious little creativity or quality, and allowed themselves to be dragged into an attritional slog by their objectively inferior opponents.

Frank Lampard’s side are now two points behind Burnley and Leeds United, in 16th and 17th respectively in the Premier League table, with a game in hand away at Leicester City to come next. For third-placed Chelsea, a home fixture with Wolves is the next test.

Everton could pay the ultimate price for years of mismanagement 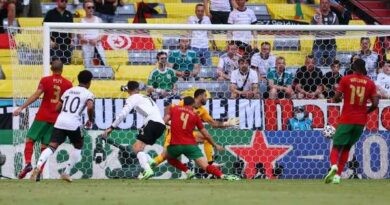 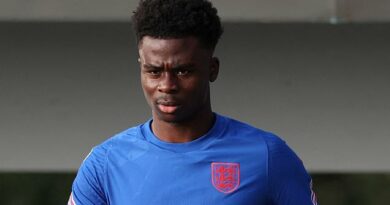 Saka 'could withdraw from England squad after missing training'