Manchester United will look to get their season back on track when they take on Everton this afternoon. Both sides have had very differing starts to the season, but Carlo Ancelotti insists that his opponenets can turn things around.

United currently sit down in 15th after a sluggish start to the season going into today’s clash with Everton.

The Toffees, meanwhile, are flying high just outside the top four after a superb opening seven games.

However, Ancelotti says he is not reading too much into current league table positions, and backed either Ole Gunnar Solskjaer, or a new manager, to get the Red Devils over the line.

DON’T MISS: Mauricio Pochettino to Man Utd: What Pochettino said about job in past 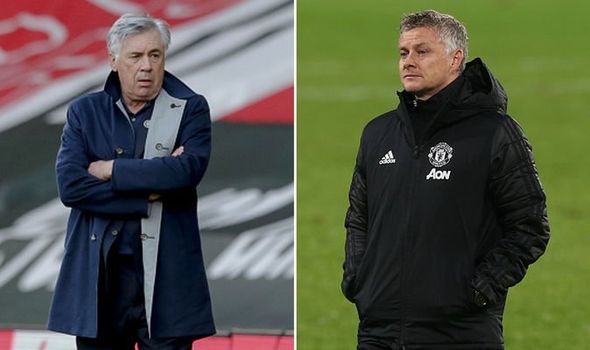 “Honestly, if you finish above United this season it means you finish in the position to play in Europe,” the Italian predicted.

“United is going to finish really high in the table in my opinion.

“It didn’t matter that they didn’t start well. So to finish above them means to be in Europe next season. That will be difficult, really difficult for us.”

Ancelotti is expected to bring Jordan Pickford back into his side for the clash with United. 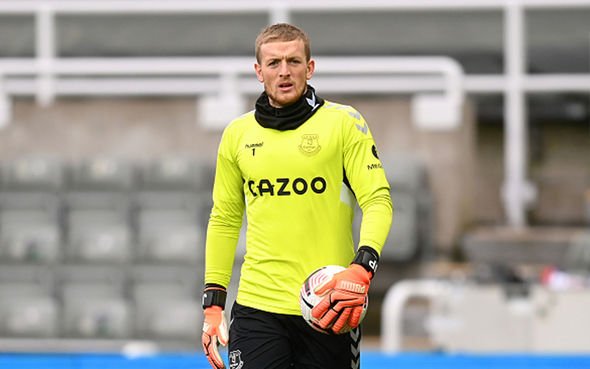 The England stopper missed the trip to Newcastle after his controversial showing against Liverpool and the defeat to Southampton.

But his boss has backed him to return stronger than ever.

Ancelotti said: “I talked to him every day this week – we laugh, we were together – and I have no message for him.

“I think sometimes he did a mistake because he thought too much. He has to use his instinct more because that is really good.

“He did fantastic saves because when he reacts he is really top top.

“When he has to act, sometimes he does mistakes in that situation but he is still a young goalkeeper with a lot of quality and there he can improve.”

Burnley are prepared for emotional day at Leicester