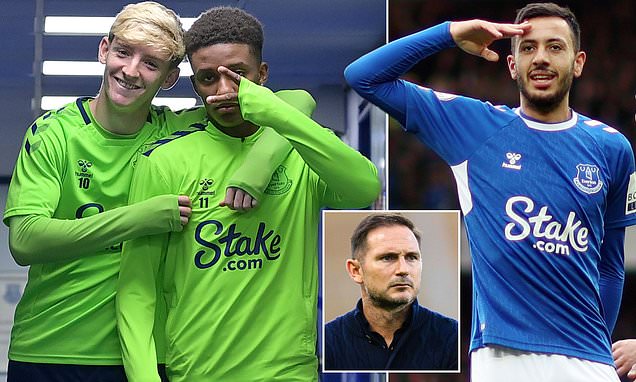 Everton manager Frank Lampard wants more goals from his wide players but is prepared to make allowances at this stage for their relative lack of inexperience.

Anthony Gordon, 21 and Dwight McNeil, 22, have scored three and two respectively in 26 combined appearances, while the 26-year-old Demarai Gray has two in 14 games.

Lampard sees Liverpool’s Mohamed Salah and Chelsea’s Raheem Sterling making huge contributions from the flanks and wants his players to move up the curve but he knows it will be a gradual process. 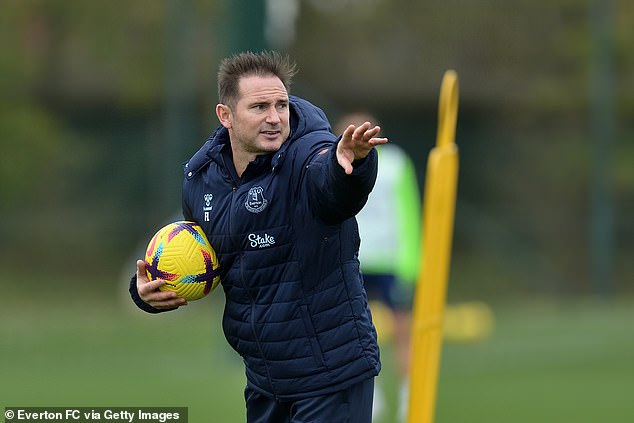 But with Everton having scored just 11 in 13 matches – and found the net more than once in a game just twice this season – it is the area of the pitch which requires attention having built a solid defence.

Asked how he could get more goals into the side, Lampard – ahead of the visit of Leicester – said: ‘Play like we did against Palace (a 3-0 victory which was their biggest since February).

‘We played with an intensity, good energy in our game and an idea that we want to play and I think we look to continue with that, at Goodison particularly.

‘We are developing our game and trying to be more progressive in how we play. 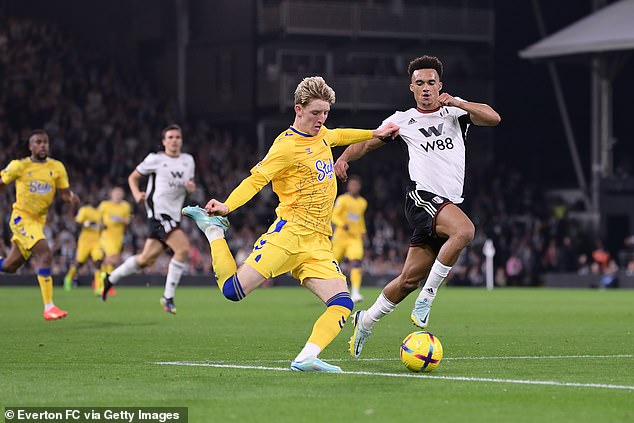 Everton boss is prepared to make allowances for Anthony Gordon, 21 and Dwight McNeil, 22,

‘There will be little blips in the road where maybe we have not been as productive or created enough in certain games in the last month but some of those games have been on the road in tough circumstances.

‘If you look across our front three it is Dominic (Calvert-Lewin), we brought Neal (Maupay) in, but in terms of what goals we get from wingers we need to improve.

‘It’s not been there and it is a development of a winger. It is players plundering 20-plus goals from wide areas, the likes of Mo Salah and Raheem Sterling, and we are not doing that at 21.

‘When you look at our team and the young players we have sometimes it is like, ‘OK, we are struggling forward towards those things’ and maybe as we progress we become more clinical.’

Everton have had back-to-back Premier League clean sheets for the second time this season and it is evident that is where most progress has been made. 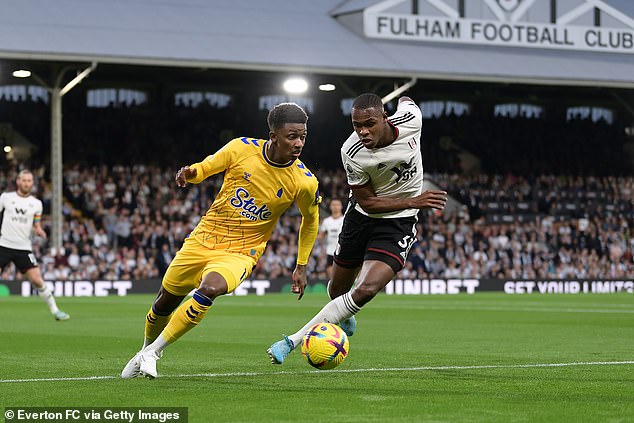 The summer signings of James Tarkowski and Conor Coady have had a major impact on that, as has the form of England goalkeeper Jordan Pickford.

‘Jordan is in the top bracket of goalkeepers in the world, in my opinion. He’s a great professional so it’s just a case of him doing his job really well,’ added Lampard.

‘I think defensively from set pieces, we’ve been very sound in many ways so we need to continue with that.’

Lampard’s defensive resources are set to be bolstered further as Ben Godfrey and Yerry Mina have both returned to training.

Godfrey broke his leg just eight minutes into the opening match of the season, while his fellow centre-back sustained a calf injury in the same game and neither have featured since. 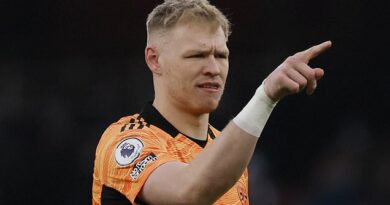 Aaron Ramsdale frustrated with Arsenal's tactics in draw with Burnley