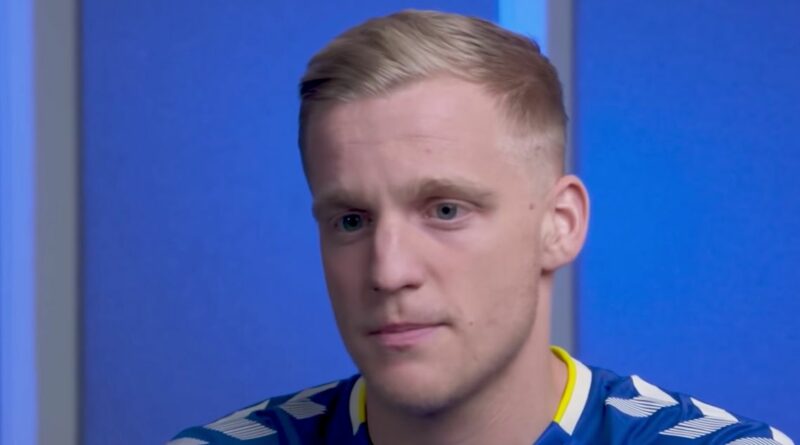 The 22-year-old only arrived in January after being signed by Rafa Benitez from Dynamo Kyiv for £21million. Just six weeks later, his country was invaded by Russia under the orders of president Vladimir Putin.

The Russian invasion has left thousands of Ukrainians dead and forced millions to seek refuge in neighbouring countries such as Poland. His Everton team-mates have shown their support for the defender by wearing t-shirts branded with the wording “No To War’, and draping Ukrainian flag over their shoulders.

But it seems his colleague Van de Beek, on loan from Manchester United the end of the season, has gone the extra mile after offering to provide housing for those left without a home. And Mykolenko admitted the gesture left him stunned, having received a similar offer from a physiotherapist to take refugees into his home.

“Yesterday, a physiotherapist came up and said, 'I have a room, a bed for two people, those who have nowhere to live, we are ready to shelter them’,” Mykolenko told the club's official website. “I am shocked. Honestly, I am shocked.

“Donny van de Beek, a world-class player, approached me and said, 'My father and I want to rent a house for people, whether in the Netherlands or in Poland. We will take them from the border, settle them, and pay for it’. I’m pleasantly shocked. I don’t know how to thank these people.”

Mykolenko, who has been capped 21 times by Ukraine, has watched several of his international colleagues join the resistance in his native land. But the left-back made the brave decision to continue playing and raise awareness of what is happening to his nation, with backing from his manager Frank Lampard.

He and compatriot Oleksandr Zinchenko shared an emotional embrace before Everton and Manchester City met in February at Goodison Park. Both sets of fans gave a rapturous applause to the pair, with Zinchenko fighting back tears at the final whistle after being serenaded by the Man City support.

HAVE YOUR SAY: Will Everton survive relegation from the Premier League this season? Comment below.

Everton’s pledge to help has not stopped with Van de Beek, as the club donated £250,000 to the Disaster Emergency Committee’s Ukraine Humanitarian Appeal. That figure was personally matched by chairman Bill Kenwright and majority shareholder Farhad Moshiri, with Mykolenko voicing his appreciation for their support.

“Everyone came up and asked how my family was, my friends,” he added. “On the second day, the head coach came up and said, ‘If you need a rest…if you need time, take your time.

“I am grateful to the club for its support from all sides. The administrator in charge of the equipment said, 'I know what your situation is, I understand how difficult it is for you. Come to us for dinner, let’s talk’.” 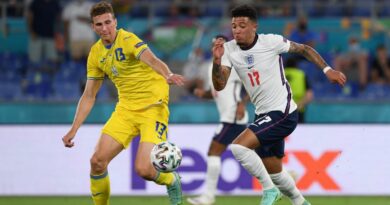