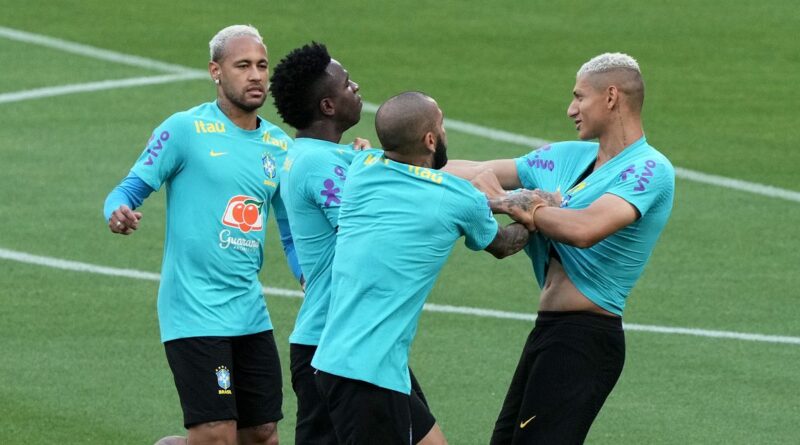 Fiesty Everton star Richarlison and Real Madrid’s Vinicius Jr had to be separated after entangling in a brawl.

At a Brazil training session on Saturday, the two players almost came to blows ahead of their side’s friendly with Japan, which is to be played on Monday. The training ground bust-up saw veteran players Dani Alves and Neymar jump to pull them apart.

The Paris Saint-Germain superstar was pictured dragging Richarlison by the neck in an attempt to bring matters under control. It is not reported just how the incident was started, but it appeared that the Everton attacker got in the face of Champions League winner Vinicius Jr, grabbing his shirt. Players rushed in – but that only appeared to aggravate matters further still.

Eventually, things cooled down as the pair were led off, in what were some truly ugly scenes. Richarlison is one of the most assertive players in the Premier League and the 25-year-old also thoroughly enjoys winding people up.

Following Liverpool’s Champions League heartbreak in Paris, the Everton player mocked their loss to Real Madrid by posting a meme of himself on Twitter.

Do you think that Richarlson will move on from Everton this summer? Let us know in the comments section It started when an account called "Real Talk Manchester City" posted what eventually turned out to be a fake rumour online. They wrote: "So apparently Everton fans set up a fake company called "Coach Innovations Limited" to bring quite a few Liverpool fans to Paris for the Champions League final.

"Obviously the bus driver Richard Arlison (Richarlison) never turned up and now are they set to miss the final."

One of the images added to the post was an edited picture of a grinning Richarlison driving a bus. And the striker must have found the image and story so funny, he posted it to his own account when Liverpool lost the chance of making it a treble.

Later, Real Talk Manchester City admitted the initial post was a hoax: "I’m sorry to say, lads, it appears that we all got fooled It looks like 1) it wasn’t a joke set up by some Everton fans after all and 2) the bus driver isn’t named “Richard Arlison”. 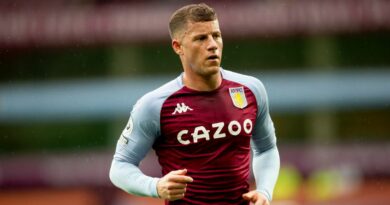