‘I have to show why there was so much hype about me’: Everton star Alex Iwobi admits it is time he lived up to his potential after stop-start season

Everton’s £35million winger Alex Iwobi acknowledges it is time he lived up to the hype he received as a youngster breaking through at Arsenal.

Iwobi celebrated his 24th birthday in lockdown and is keen to show he is entering his peak years as Everton return to action in Sunday’s Merseyside derby against champions-elect Liverpool.

The Nigerian international, nephew of Bolton legend Jay-Jay Okocha, signed for Everton last summer but suffered a stop-start season due to hamstring problems and has not scored since September. 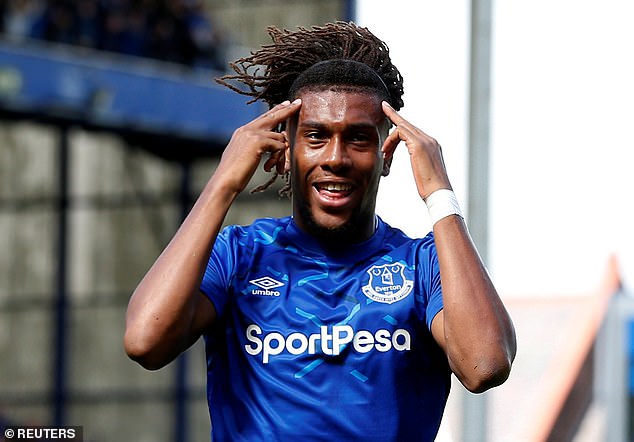 It is a far cry from being an Arsenal regular at 20 when Arsene Wenger predicted Iwobi would become a ‘top-class’ player. His speed and power also saw him represent England at junior level before switching international allegiance.

‘I’m no longer that young prospect, that young talent,’ he says. ‘I have to show why there was so much hype about me. The only way you can do that is in games. I feel I’m at that time in my career when I need to start doing that. I need to up my stats a bit more, improve a bit more.

‘That will come. I’m looking forward to restarting the season so I can prove myself.’ 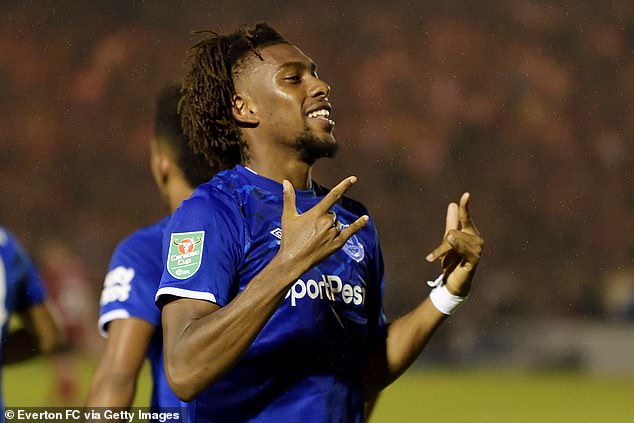 The Blues have not beaten their rivals since 2010 and Iwobi has never been on the winning side against Liverpool in six attempts for Arsenal and Everton.

‘We have to accept it’s not a great record but we are on our own turf, even without fans. We’re going from no games to a derby, everyone will put in the hard graft, that extra bit of helping a team-mate,’ he says.

‘We’re like one big family. You wouldn’t want a family member going into a challenge on their own or fighting a war without being there for each other. I’m sure there would have been no better feeling for Liverpool than winning the title at Goodison. They can’t but we will still treat it the same. We are ready for the war.’ 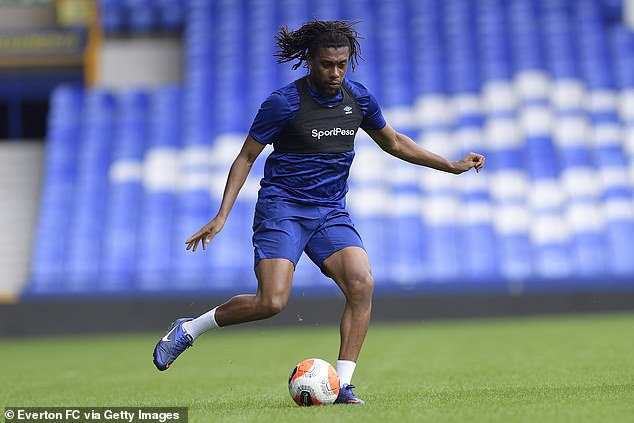 Iwobi still gets regular advice from Uncle Jay-Jay, whom he considers the best African player of all time. ‘He will be a role model for life. Hopefully I can be as great as him but it is a hard legacy to live up to,’ he says.

He has also been fortunate to work with two legendary managers in his relatively short career; Wenger and now Carlo Ancelotti.

‘Both of them want to play football, to get forward the quickest way but also keep the ball,’ says Iwobi, whom Ancelotti plans to use as a tucked-in winger on the left-hand side, making the most of his speed and power.

‘As people, they are really patient. They don’t say a lot but when they do, it’s with a lot of wisdom. All managers are different. Some have a temper and give you the hot treatment, these two are calm and collected.’

Benjamin Mendy acknowledges his error in defeat at Wolves