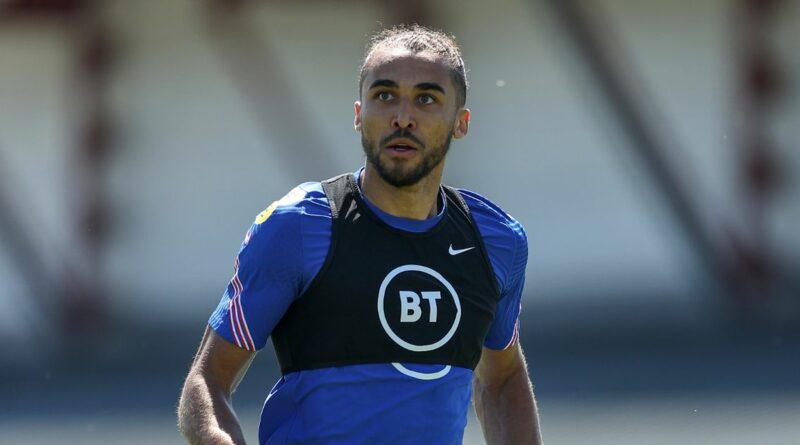 Dominic Calvert-Lewin has taken a giant leap on the international stage in a short time.

Seven months ago the Everton striker was nothing more than a pretender when it came to the England squad.

Now, though, Calvert-Lewin, who quite possibly has the highest and longest jump in football, has made Gareth Southgate’s final 26-man cut for the European Championships.

And with eight senior caps and four goals under his belt, the World Cup Under-20s' winner is quick to tip his hat towards Carlo Ancelotti for his rapid rise up the world ladder.

Yes, the Italian’s 18-month managerial reign at Goodison Park is over after last Tuesday’s sudden exit for Real Madrid.

But Ancelotti’s mark on Calvert-Lewin’s game will be there for all to see over the summer.

The Toffees hitman, 24, said: “When Carlo came in, I was just hitting some good form. For a manager of his stature to put his belief in me like he did was all I needed.

“His temperament and the way he manages was a great fit for me. He kept it simple and calm – and he got some great form out of me.”

The Three Lions star went on: “I’ve always studied the game but was more inclined to look at Inzaghi after the gaffer mentioned the similarities.

How many goals do you think Calvert-Lewin will score at Euro 2020? Let us know in the comments section.

‘’I was too young to remember him putting them in the back of the net but that’s what YouTube is for. I looked at him and ways to improve.”

Asked if that makes him an old-fashioned goal-hanger as opposed to the increasingly- fashionable false number nine, Calvert-Lewin argues he is a bit of both.

“Are you suggesting all I do is put the ball in the net?” he responded with a grin. “If you check the stats, because the stats don’t lie, I cover quite a lot of distance.

“All people said before I scored goals was I ran around too much. Now people are saying I don’t run around enough. You can’t please everybody!

“I don’t pigeon-hole myself as any particular type. The tools I’ve got – and I still need to fine-tune all of them – mean I can do many different things.

“I’m always trying to expand my game and bring in different elements to place myself in the top bracket of centre-forwards.”

With England skipper Harry Kane in the world-class category already, Calvert-Lewin’s input at the Euros is likely to be from the bench.

The ex-Sheffield United scholar, who as a teenager had loan spells at non-league Stalybridge Celtic and and League Two Northampton Town, insists he is ready to deliver.

“In tournament football, every player has a different role,” he explained. “It's about making an impact whether you play the first 85 minutes or the last five.”

The good news is he has experience of doing just that after scoring England’s winner against Venezuela in the 2017 World Cup Under-20 final.

He recalled: “My fondest memories were celebrating with my family straight after. My first thought was to find my family. I'll be looking to replicate that this summer.”

Calvert-Lewin, with 21 goals in all competitions last term, then revealed his parents’ immense pride at his selection on Tuesday – and how his father made a right song and dance about it.

“I was waiting for the announcement and he FaceTimed me and started singing the John Barnes tune. He's rubbish at it but it was funny,” he added.