Arsenal icon Paul Merson has tipped the club’s top-four rivals Manchester United to suffer another costly setback this weekend. Merson has predicted relegation-threatened Everton will triumph over Ralf Rangnick’s uninspiring side when they clash in Saturday’s early kick-off.

Whilst the Toffees are battling the threat of relegation, losing seven of their nine league games under Frank Lampard, United are clinging onto their hopes of a top-four finish. Rangnick has shaped the broken team inherited from Ole Gunnar Solskjaer into a much harder-to-beat unit.

However, the Red Devils often produce toothless attacking performances with a numbing lack of clinical finishing. And their current form has given Merson a feeling that Lampard’s outfit will sensationally better them to kick-start the weekend’s action.

He told Spotskeeda: “Everton suffered a damaging defeat against Burnley and could be in the bottom three by Saturday evening, but something tells me they’re going to beat Ralf Rangnick’s men. This is a cup final for Frank Lampard’s side, and they will have to play consistently across 90 minutes to get a result, which has been a major problem for them in recent weeks.

“Manchester United are just all over the place at the moment. They weren’t good enough against Leicester City last weekend. There’s a lot of talk that they’re better off without Cristiano Ronaldo, but I’m afraid I have to disagree with that idea.

“He’s not going to win them the Premier League – I said this when he joined the club – but they are certainly a better team with him. I have a feeling they might look to let him go this summer – we’ll have to wait and see how that situation develops under their new manager.”

Reports indicate Cristiano Ronaldo hasn’t taken part in on-field training with the United squad ahead of Saturday’s trip to Goodison. With Edinson Cavani also sidelined and Rangnick’s faith in Marcus Rashford non-existent, the visitors could face the same issues they experienced in the tepid 1-1 draw against Leicester City.

Despite his confidence in Everton sealing a monumental result against United, Merson believes they would be destined for relegation with defeat. He continued: “Everton’s next few games are absolutely atrocious, and I think they’ll probably get relegated if they lose this one.

“Burnley’s run-in looks a lot simpler on paper. After this game, they [Everton] have Leicester twice, Liverpool, Chelsea and Arsenal to play until the end of the campaign along with other teams. You can call me mad, but I can see the Toffees getting all three points here.” 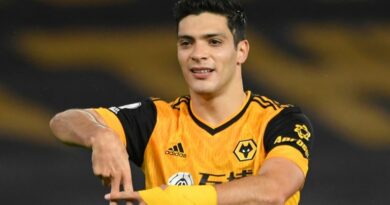 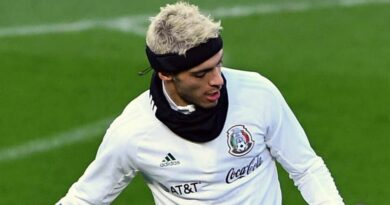 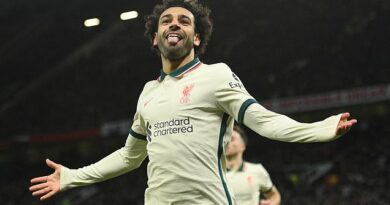