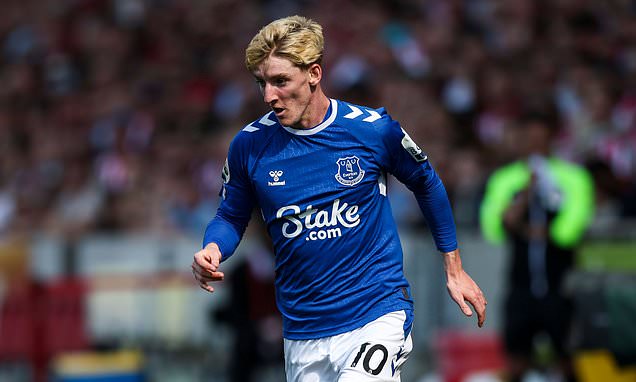 Everton had conceded a late equaliser but as the full time whistle went at Brentford to mark yet another league game without a win for Frank Lampard’s side, still they sang for Anthony Gordon.

Just seconds earlier, Gordon had been booked for taking out Shandon Baptiste to halt a Brentford counter and as the travelling support chanted his name to the tune of Seven Nation Army, the 21-year-old made his way to the Everton fans to give up his shirt before waving goodbye.

Whether or not that is a permanent farewell for the winger linked with a £60million move to Chelsea will be decided this week. 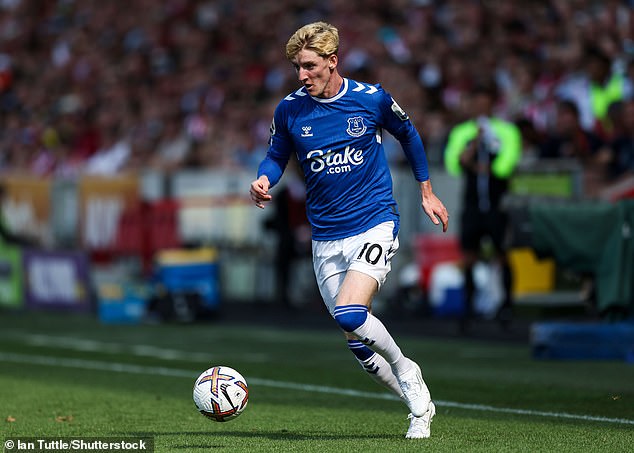 Anthony Gordon scored for Everton in their 1-1 draw at Brentford, to the joy of travelling fans

For all the talk about Gordon’s goalscoring record in comparison with his price tag, what those numbers don’t reveal is the work-rate and energy that his attacking spark brings to the team.

Those traits caught Thomas Tuchel’s eye when Everton beat Chelsea 1-0 in May. And at Brentford, Gordon showed his quality with a superb goal.

Conor Coady had the ball in his own half and looked up to see the winger already making his run through the Brentford defence. 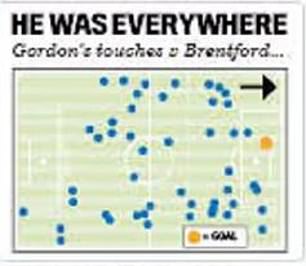 Coady’s ball over the top landed in the path of Gordon. With his first touch on his left foot, he took the ball away from the recovering Zanka and with his next, he finished neatly past David Raya before pointing his fingers to his ears in celebration.

‘My advice to him is to cut out the noise and prepare and train and play like he did today,’ said Lampard. ‘He’s our player so I don’t come away from today thinking, “Oh dear, that’s made someone keen to pay more millions for him”. ‘I come away thinking, “He’s an Everton player and I want him to stay”. Simple.’

Gordon’s defensive work was constant and his strike was the one moment of class that separated the sides until Vitaly Janelt’s 84th-minute goal.

But it already looks like another uphill struggle for Everton. They were outplayed by Thomas Frank’s side, who hit the woodwork three times and missed several chances. But Lampard still classed the performance as a positive one.

‘Have we got as many points as we want and we deserve? I don’t think so. But is this a good, hard-earned point? Yes,’ he said. 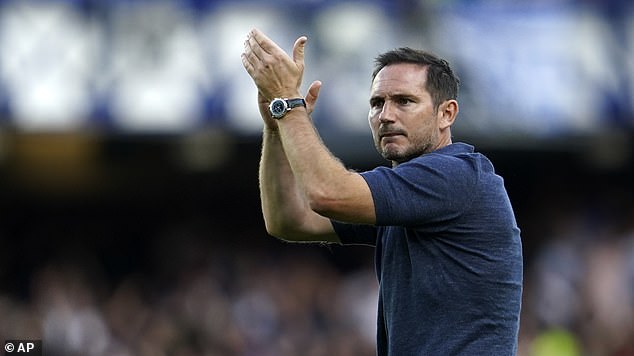 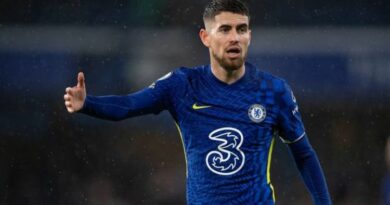