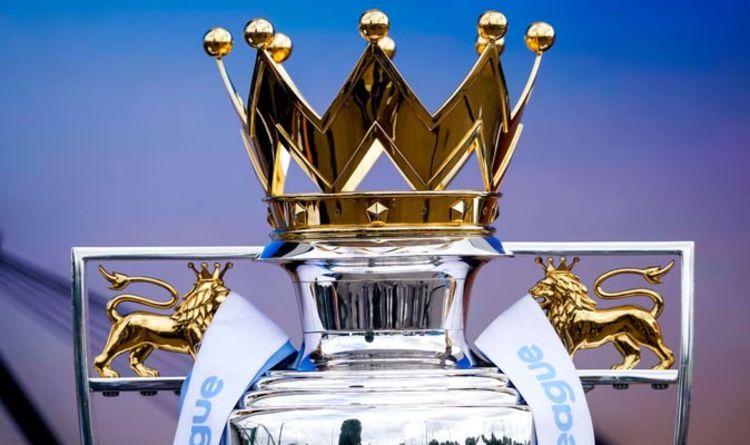 The Premier League has thrown up battles between teams aiming for the title and those expected to be in the relegation dogfight already this season as teams compete in the toughest league in the world. There have been surprise packages – both bad and good – and there will continue to be when managerial changes, winter signings and big-money takeovers are rife. Express Sport takes a look at how the table should pan out by the end of the season.

They have started the season superbly, and if Thomas Tuchel’s men continue to exude their excellence a league title could come back to Stamford Bridge for the first time since 2017.

The reigning Premier League champions will undeniably battle to the bitter end with Chelsea in search of their sixth Premier League title – but an already evident lack of striking options may just see them fall short.

Liverpool will look to bounce back from last season’s horror campaign with a second Premier League title in three seasons, yet their lack of depth in comparison to the star-studded Chelsea and City squads might hamper their chances of beating the blue duo.

United’s additions have been brilliant throughout the window, but their lack of a defensive midfielder will be their downfall. Cristiano Ronaldo is a superb signing, but there is only so much he can do the help the side out, and there is the small matter of Ole Gunnar Solskjaer’s future…

Everton have been one of the surprise packages so far this season having only spent £1.7million. The Blues started off last season in similar fashion, but they dropped off the pace due to injuries and a lack of temperament. But with new boss Rafa Benitez bringing a tenacity and identity to Goodison Park, there is no reason to believe they won’t continue the pace.

Nobody would have thought Arsenal could finish in the top six after their horrendous start to the season in which they lost their opening three games. But having gained 10 points from 12 since, the Gunners have shot up the table and their experience should see them finish ahead of the other contenders.

Villa were expected to flourish this season after boosting the squad with their £100million sale of Jack Grealish to Man City. They have shown signs of being able to compete in their wins over Man United and Everton, but other losses mean they might need more time before they are competing to play in the Europa League.

West Ham have been one of the success stories of the last two Premier League seasons. A sixth-placed finish last season gave the Hammers a foundation to build upon, and they have continued in that manner this season. A lack of striking options may see them falter, but a top-half finish is still a strong showing.

Graham Potter’s men have played some excellent football this season, sitting sixth in the table. An easy to watch side, they have surprised many with their displays but the more experienced sides may just filter through towards the end of the season. There is no reason to suggest they won’t build upon it next season, though.

On the contrary to Arsenal, it would have been hard to see Tottenham finishing this low down after winning their first three. But with an uninspired Harry Kane and poor tactical performances from new boss Nuno, Tottenham will be lucky to finish in the top half this season unless they buck up their ideas in January.

Another side you wouldn’t expect to have done so poorly, Leicester have surprised many with their poor performances. But the loss of Wesley Fofana to injury has thrown a spanner in the works as Jannik Vestergaard continues to disappoint – perhaps their inability to qualify for the Champions League has brought about demotivation.

The Bees’ debut Premier League season is akin to that of Sheffield United’s two seasons ago – surprisingly good football which has brought a breath of fresh air to the Premier League. They will likely fade away from the top seven, but even staying up would have been a success at the start of the season.

Leeds were the side who held Brentford’s title last season and there were concerns of second season syndrome at Elland Road. But Marcelo Bielsa has guided his side to their first win and things will improve in West Yorkshire.

There was an element of uncertainty at Selhurst Park following Patrick Vieira’s appointment as manager, but he has impressed despite only one win. They will roam around the upper-bottom half of the table but their astute transfer window means things should improve after his first year.

Nuno’s exit and Raul Jimenez’s return also showed uncertainty at Molineux, especially after a slow start. But three wins from four has shown there is still life in Wolves’ season yet. It will take time under Bruno Lage, however.

A week ago, Newcastle would likely have dropped into the relegation zone, especially after failing to win any of their games so far. Then the takeover happened – and the Magpies’ will spend large in January as they look to build a dynasty in English football. James Tarkowski and Jesse Lingard have already been linked which will be more than enough to drag them over the line.

It will likely be a toss-up between Southampton and Burnley for the final relegation spot, but Southampton’s youth and ability to pick up unexpected points will drag them over the line, even with Danny Ings’ departure.

Burnley always seem to stay up every season on a small budget, but their stagnation and inability to replenish their ageing squad over the past couple of seasons seems to be catching up with them. It will obviously teeter on results picked up, but Sean Dyche’s men have conceded from winning positions recently and that will be their downfall.

The Hornets have had a good start, but their chopping and changing of managers always means that there is an imbalance in Hertfordshire. Claudio Ranieri is an astute appointment but there is a nagging feeling that he will be just the next manager in a long line of managers.

This was always obvious, but Norwich appear half-relegated already. The Canaries have strengthened but their loss at home to Watford had alarm bells ringing, and their draw at Burnley only stopped a run of 16 straight defeats. The Championship will inevitably beckon at Carrow Road. 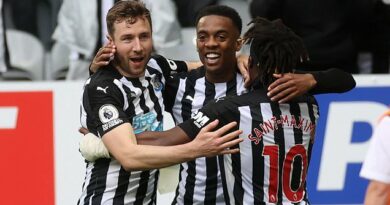