Solskjaer’s side fell behind early to an Andros Townsend goal before Wilfried Zaha doubled the lead for the visitors. Donny Van de Beek came off the bench to score on his debut, but a second Zaha strike finished the scoring.

There were question marks over Solskjaer’s team selection, with Dan James starting ahead of Mason Greenwood and Timothy Fosu-Mensah playing at right-back instead of Aaron Wan-Bissaka.

However, it was Van de Beek’s omission from the starting line-up which Evra feels was a mistake and Solskjaer should have been more willing to take a risk on the new arrival.

The match was the Eagles’ second of the Premier League season, while it was United’s first, which was one reason for the difference in intensity, but Evra feels that is nowhere near a good enough excuse for his former team.

‘Crystal Palace have an advantage, they’ve played more games, but it’s not an excuse for a big club like Man Utd,’ Evra told Sky Sports.

‘That won’t work for the fans, especially with what’s happening with the transfer window and negativity around the club.

‘The United fans are really down today and really worried about what’s coming next.’

Evra recalled his own Manchester United debut, which saw him substituted at half-time against Manchester City in a 3-1 defeat.

‘I remember when I joined United, I trained for three days and played the derby game against Manchester City, but it was a disaster. But actually [Sir Alex] Ferguson didn’t get the blame to start me.

‘I feel like Ole is sometimes protecting his players too much. He thinks, “Van de Beek just arrive so I know everyone is excited.” Play him!

‘If he plays bad, at least people will criticise Van de Beek and not Ole, but now they’ll ask why he didn’t start him.

‘Sometimes you shouldn’t protect your players.’

Solskjaer explained the decision to leave the Dutchman on the bench before the match, in which he fielded Bruno Fernandes, Paul Pogba and Scott McTominay in midfield.

‘Paul [Pogba] has been training really well since he came back and Donny, it’s his first game. Of course we want him to play as much as he can, but he’s getting into the groove and that’s the decision today,’ he said. 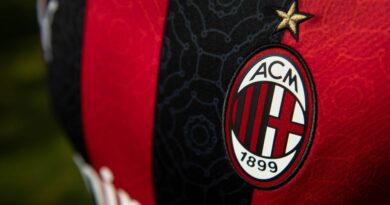