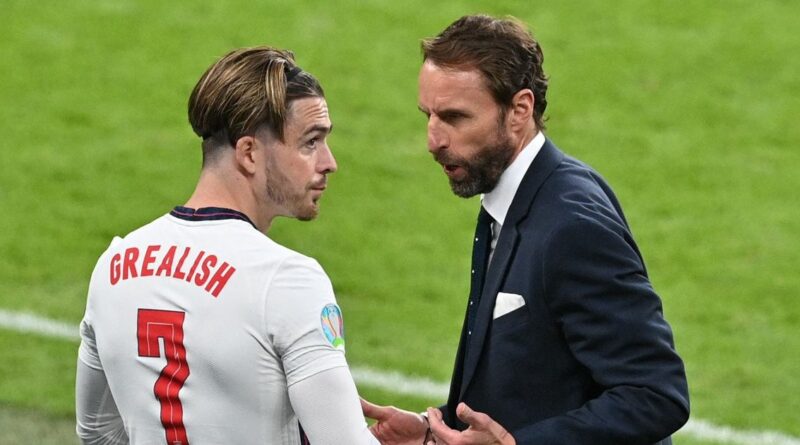 Southgate guided England to victory in the Euro 2020 semi-finals at Wembley, setting up an all-important showdown with Italy in the final on Sunday.

The Three Lions had to come from behind to beat Denmark, nevertheless, after Mikkel Damsgaard silenced Wembley by firing home a sensational free-kick to open the scoring on the half-hour mark.

However, nine minutes later Simon Kjaer's own goal brought them level, and after another 50 minutes of gruelling action the game went to extra-time.

England then scored the final which secured their first ever European Championship final towards the end of the first half, with referee Danny Makkelie pointing to the spot when Raheem Sterling went down inside the box.

Captain Harry Kane stepped up and saw his first effort saved by Kasper Schmeichel, but he swept home the rebound to etch his name into English folklore.

Do you think England will beat Italy in the Euro 2020 final on Sunday? Let us know in the comments section below.

During the quick extra-time interval, Southgate baffled fans by using his fifth and final change to take Grealish off – despite only bringing him on as a substitute in the second half of normal time.

But Allardyce, who Southgate replaced in the England hot-seat back in 2016, insists his decision to double-substitute the Aston Villa ace and bring Kieran Trippier on was simply to shore up the defence and get overt the line.

"He wanted to see that game out, and get them defensively better than they already were, and he made that sacrifice," the 66-year-old said on ITV's Good Morning Britain.

"Steve Holland and all his staff make a massive contribution to that, it’s not a decision that’s taken lightly.

Allardyce added: "We all felt before we went into the tournament the squad is outstanding and it’s proving to be the case. The spirit is everything, it’s brilliant. He’s used that squad to its full potential. They have a fantastic defensive record.

"They were the better side last night. A little bit of luck with the penalty, and we’re in the final. It was a great night for everyone in England, and the whole country is celebrating and looking forward to the final."