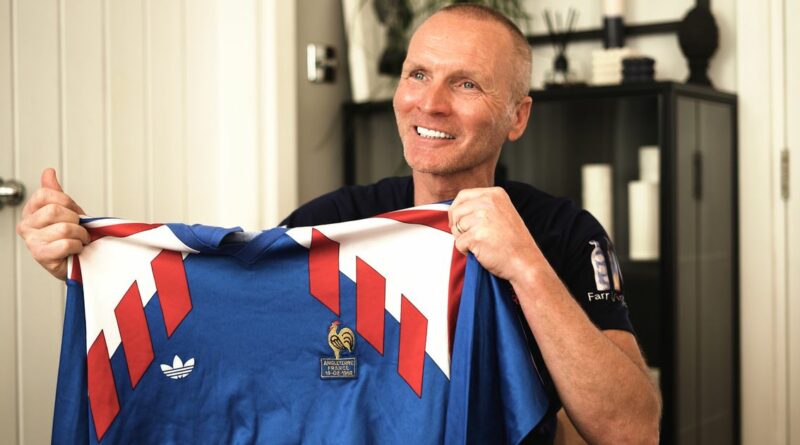 "My particular illness at the time was more or less like a life sentence. There wasn’t a cure."

It is often forgotten that footballers are only human too. Be it the abuse they get on social media in the modern game, the vast money that surrounds the elite pros, and the celebrity status it entails through constant attention of the media and supporters.

It can seem a glamorous lifestyle, but many footballers encounter the same torments as ordinary fans of the game. Problems at home, financial woes, and illnesses.

Geoff Thomas had only hung up his boots a year before he was diagnosed with chronic myeloid leukaemia in 2003. And the outlook did not look promising for the Crystal Palace legend.

A little over a decade before, Thomas' biggest concern was just how he'd cope up against some of the world's best players as England strode out at Wembley to face France.

Eric Cantona and Didier Deschamps lined up for the French on February 19, 1992 – and it turned out to be midfielder Thomas' final game for the Three Lions.

Missing out on a place in Graham Taylor's squad for Euro 1992 that summer was heartbreaking, but he at least has the memories of facing some true icons of the game.

He snapped up Deschamps' match-issued shirt after the game, and 30 years on, the ex-England ace has opted to put his beloved piece of football memorabilia up for auction to raise money for the charity Cure Leukaemia.

“We’ve been trying to get football involved in the work we do, fighting leukaemia," Thomas exclusively told Daily Star Sport. "It was a friend of mine, Neil Ashton, who came up with this idea and this company called matchwornkits.com. And we’ve reached out to various clubs if we could start the support, and a number have, and for my part I thought ‘what can I donate’?

"I was thinking about what could make the most impact and Didier’s shirt was the one. He was a fantastic player and now he’s the (France) manager. Probably the most high-profile I’ve got in my collection."

Thomas laughed at the thought of having any regret over not opting for Manchester United legend Cantona's instead. “I think everybody was scrambling for Eric’s shirt back then," he added. "But no I was happy to have Didier’s!”

England won the match 2-0, with debutant Alan Shearer and none other than Gary Lineker finding the net. But despite the victory, it wasn't the dream day for Thomas. He always gets trolled over his contribution to the occasion.

“If anybody mentions my career as an England player, they bring up this game – my weak effort that hit the corner flag," he recalls. "I’ve just watched a quiz show on BBC2 and David Baddiel was on there. He had a football show back then with Frank Skinner and they ridiculed me for weeks and months after that effort! So it’s something I’m probably remembered for from that game. So that’s what I remember to be honest!

"But a big part of it was Alan Shearer’s first game in an England shirt, and he scored and we won. But when people talk about that game to me, they don’t talk about that… They talk about my woeful chip!”

England flopped at Euro 92 that summer, picking up two draws and a defeat finishing bottom of their group following a defeat in the last game to Sweden, and they only managed one goal at the forgetful tournament.

Thomas watched on from home and said: “Yeah, I look back and think even if I’d have hit the crossbar or missed a goal or something like that, maybe I would have had a chance. I played nine games and never lost in an England shirt so the regret is that I never had that opportunity. You want to have a really good excuse for not playing in the next game. I did mess up.

"So Graham Taylor probably thought it’s a big game and I was one-on-one and it was a crucial part of the game, and I didn’t do it. But I played a number of times after that in club football and every time I had a one-on-one with a goalkeeper I scored every time. I learned my lesson. I never went for a chip, I always either went round him or passed it in the goal – should have tried it on the night!”

Thomas is grateful to be able to look back on those days, though, having faced the prospect of passing before his time many years ago.

"The only chance of beating it was to have a stem cell transplant, and then they found out only 20 per cent of the population have the opportunity to find a good enough match," he revealed. "So I look at that time as being very fortunate. I had a good match, I had a terrific professor, and just by chance where I was living at the time, I fell in the area where it was being led by a professor, Charlie Craddock, who is a leading light in the battle against blood cancer.

"There’s so many things to look back on where I was lucky. Obviously you don’t want anybody to go through what I went through, but people do, and you have to accept it. When I look back at it, things were aligned in a way that gave me the best opportunity of beating it.”

David Brooks is just one of the names in recent years to have experienced similar health battles, and fortunately the Bournemouth winger has come out better on the other side, confirming recently he is now cancer-free and looking forward to returning to match action next season.

Thomas says he is always on hand to offer support to others as he: “Yeah, I spoke to Stan Petrov when he was diagnosed as well. People know that I’m there at the end of a phone. People who are going through something like this, you’re just trying to grab for any positives. To be honest, I am a positive.

"When I was looking, there wasn’t many survivors of leukaemia when I was diagnosed back in 2003. Now there are, which is fantastic. You see Karl Ikemie as well. There’s still an awful lot more to be done. But when somebody else, especially in the world of sport, is diagnosed, obviously it does spark memories of when I was diagnosed, so I know what they’re going through.”

For all the problems in sport and society right now, football does have a habit of bringing people together when the chips are down.

The Didier Deschamps match-issued shirt is available and up for auction here on the Match Worn Shirts website. Geoff has donated it as a Cure Leukaemia fundraiser. Cure Leukaemia was founded in 2003 and helps to bring pioneering drug and transplant treatments to blood cancer patients across the United Kingdom. More shirts from the likes of Premier League clubs Burnley and West Ham are also available on the site. 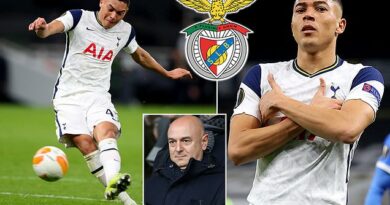 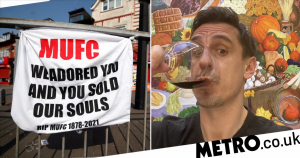