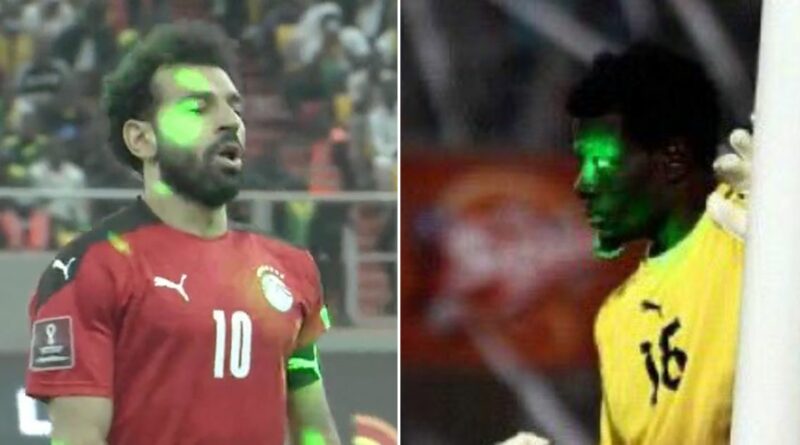 Ex-Ghana goalkeeper Fatau Dauda has said that "karma exists" after Egypt players including Mohamed Salah were targeted with laser pointers before crashing out of World Cup qualifying.

The 36-year-old stopper, who made 26 appearances for his country between 2008 and 2015, took to social media to share a snap of himself taking on Egypt in Cairo back in 2013.

The photo showed himself in goal with a green laser blasting into his eyes from the stands, and he has suggested that an Egypt fan was to blame – and that their recent defeat against Senegal was justice for the past incident.

He said to his 12,000 followers: "Wossop Egypt, heard you are complaining about laser…..? Karma exists."

Having said on a previous upload of the same image: "Laser on the eye…. But stayed focussed. World Cup playoffs. Egypt vs Ghana 2013 in Cairo."

With a fan saying in response: "Now these same people are accusing Senegal of this same thing?"

Should the fixture be replayed? Give us your thoughts in the comments section

With Salah missing from the spot as Senegal repeated the penalty heroics that saw them win the Africa Cup of Nations against the same opponent earlier this year, FIFA could take action.

After Egypt filed a complaint about the treatment of their players, who were also targeted by projectiles as they left the pitch, football's governing body have launched an investigation.

An Egyptian FA statement said: "The national team have been exposed to racism with offensive signs in the stands against the Egyptian players in general, and Mohamed Salah in particular."

With FIFA saying: "FIFA is currently in the process of analysing the official match reports of the FIFA World Cup qualifier match between Senegal and Egypt.

"The relevant information included in the match reports will be evaluated by the competent disciplinary bodies before deciding on the next steps to be taken."

As it stands, Sadio Mane and Senegal have booked their place at the final tournament which will take place across November and December later this year. 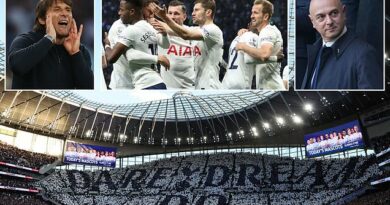 IAN LADYMAN: Daniel Levy's night to savour… but can he keep Conte?

Burnley ‘could lose £50m’ if Premier League season does not resume 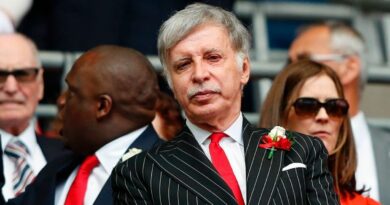