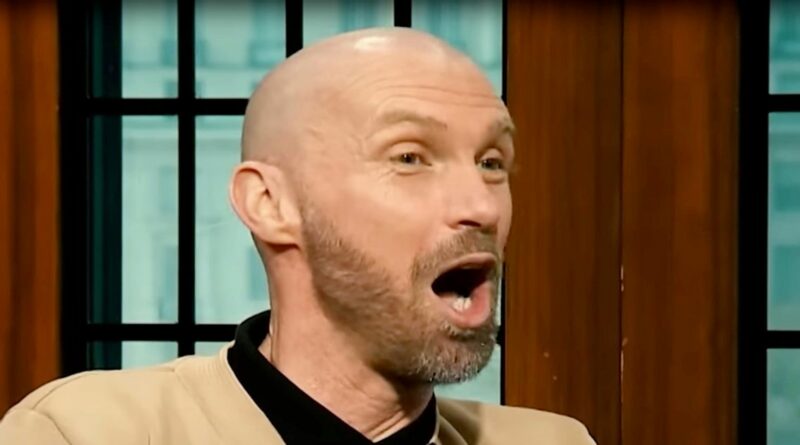 Former Manchester United midfielder Luke Chadwick asked his wife Hayley Chadwick to pretend she had injured her wrist, after a Big Brother binge made him late for training.

Whether it's oversleeping, poor time management or getting stuck in bumper to bumper traffic, every footballer is familiar with the that stomach dropping feeling when you realise you're late to training. Wages are docked, names are struck off the team sheet, and, in former Arsenal captain Pierre-Emerick Aubameyang's case, some players can even be shown the door.

If these thoughts were not daunting enough, Chadwick would have also had to explain himself to a furious Sir Alex Ferguson. Fortunately, Chadwick's quick thinking and creativity extended further than the pitch, as he quickly acquired the services of his mum and his wife to put together the perfect smokescreen.

"There was one instance where I had it [Big Brother] on, and it was all kicking off on the live feed," Chadwick said to the 'Pub Talk' podcast. "I'm just watching it, they're staying up all night, they're chatting, I'm involved in all the conversations watching it and I've obviously fell asleep on the sofa watching it.

"My missus came back from their airport, woke me up and said 'what are you doing?' and I said 'what are you on about?' and it's flipping 20 past 10 and training was to start in 10 minutes. I absolutely s*** myself, thinking 'what am I going to do now?' – that was the point when it really hit home, that I need to get out of this rut.

"I phoned my mum up and said 'you're going to have to phone up Carrington and say that my missus has had an accident and I've had to take her to the hospital'." However, Chadwick's sigh of relief and self-back patting was brought to a swift end, after a concerned Ferguson beelined towards the young midfielder.

What other brilliant footballing excuses can you think of? Let us know in the comment section below.

Unsurprisingly, this required even more on the spot decision making, except Ferguson was standing right in front of him. "The next day, I thought 'nothing will be said', but I've gone in there, and the first person I see is the manager and he's gone, like really concerned, 'how's your missus?'," Chadwick added.

"My face dropped and I've just gone 'Nah she's all right, she fell on her wrist. It's not broken, she'll be all right'. I wasn’t driving at the time so my missus came to every game and was in the players' lounge.

"So for the next three or four weeks, I've made her wear a bit of tubing grip on her wrist." Considering the fact Chadwick was neither fined or banished to the reserves, it's safe to say his sophisticated ploy worked perfectly. Now he just has to hope the legendary Scotsman doesn't give him a call anytime soon.