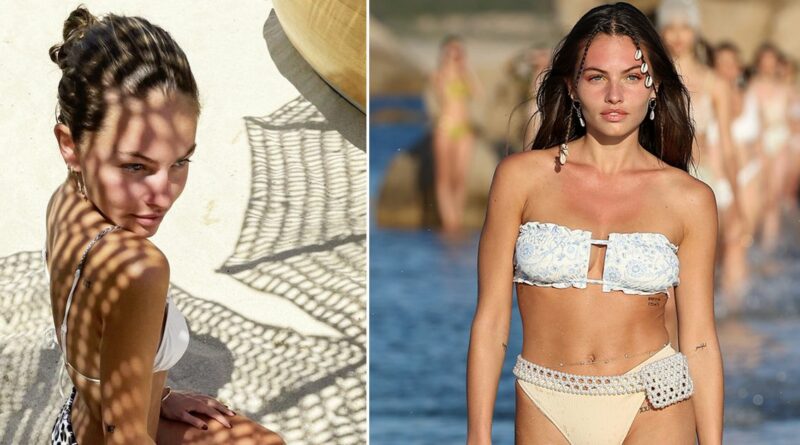 An ex-Premier League star’s daughter dubbed the 'most beautiful girl in the world' has wowed fans in a stunning new bikini shoot.

Ravishing 21-year-old Thylane Blondeau is the model daughter of former Sheffield Wednesday and Watford defender Patrick Blondeau. Patrick failed to leave a mark during his spell in the Premier League, but daughter Thylane’s jaw-dropping beauty has seen her model for some of the biggest brands since being named ‘the world’s most beautiful girl’ aged just six.

And the brunette beauty has once again been capturing people’s attention by uploading several sizzling snaps of her wearing a variety of bikinis on Instagram.

Thylane took to the social media site on Thursday to share her new modelling photos with her 5.5 million followers. She wore three different bikinis from her collaboration with French lingerie brand Etam.

The first was a beach-inspired multi-coloured two piece which showed off her striking elegance. The other two on show were zebra-patterned and ocean blue.

Do you remember Patrick Blondeau? Let us know in the comments section.

She captioned the post: "ETAM X THYLANE IS OUT. Thank you everyone for the support and the love!!

“Thank you to my @etam family hope you guys gonna like the collection! Can't wait to see you in it.”

It continues her long run of being the face of brands such as Dolce & Gabbana and L’Oreal over the years. Her first modelling stint came aged four on the runway with Jean Paul Gaultier, but she rose to prominence in 2007 after topping TC Candler's coveted annual 100 Most Beautiful Faces list.

She is now a budding influencer who sends fans wild with artsy modelling photos, along with trying her hand at fashion design.

Football: Uefa confirms Euro 2020 postponed for a year because of coronavirus crisis 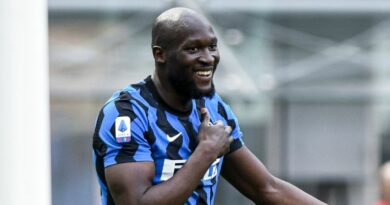