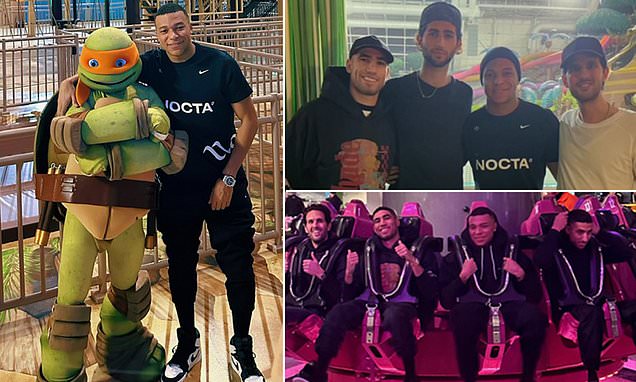 EXCLUSIVE: Kylian Mbappe and his PSG teammate Achraf Hakimi pay a visit to American Dream mall in New Jersey during trip to the USA… and France superstar is pictured alongside a Teenage Mutant Ninja Turtle!

Soccer superstars Kylian Mbappe and Achraf Hakimi continued their New York break away from Paris Saint-Germain as they enjoyed the delights that the American Dream has to offer.

The pair had jetted off to New York earlier this week after being given time off from the Ligue 1 club following their lengthy World Cup stints.

Having earlier been spotted courtside at the Brooklyn Nets’ win over the San Antonio Spurs Monday, the duo headed to a different type of local attraction Thursday. 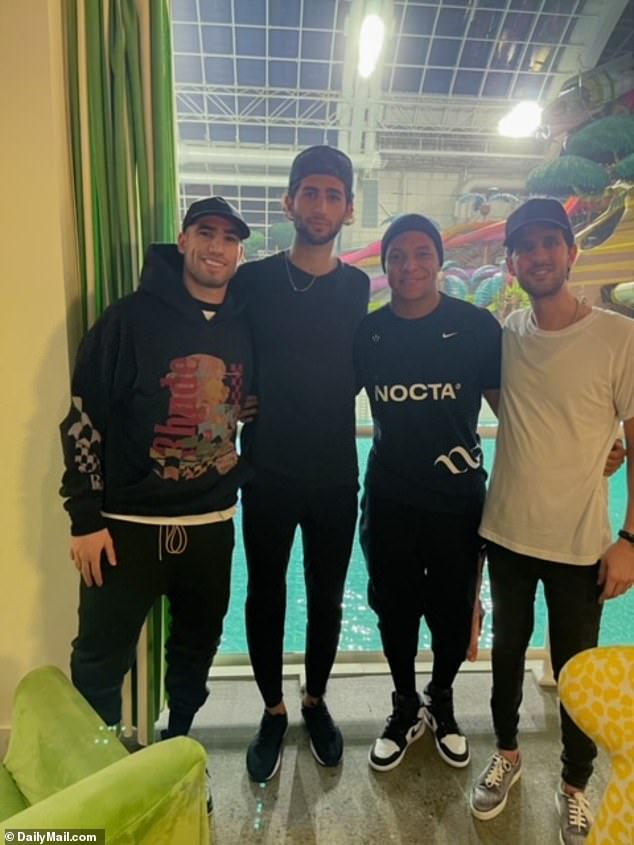 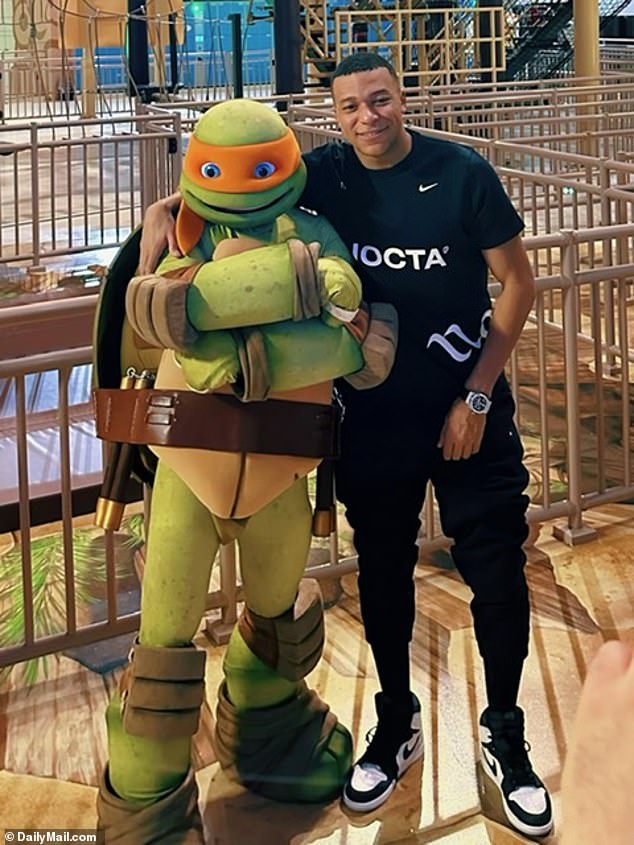 The French player jokingly posed next to a Teenage Mutant Ninja Turtle, Michelangelo

DailyMail.com can exclusively reveal that Mbappe and Hakimi entertained themselves at the American Dream Mall, a retail and entertainment complex located in New Jersey, just a heartbeat away from New York City.

They were hosted and given the white glove service by the owners, Allen Ghermezian and David Ghermezian. The owners have previously hosted huge stars such as Kim Kardashian, Mr Beast, Cardi B and Off Set, to name but a few.

Mbappe was captured posing next to a Teenage Mutant Ninja Turtle, which the French star has jokingly been compared to by soccer fans in the past. 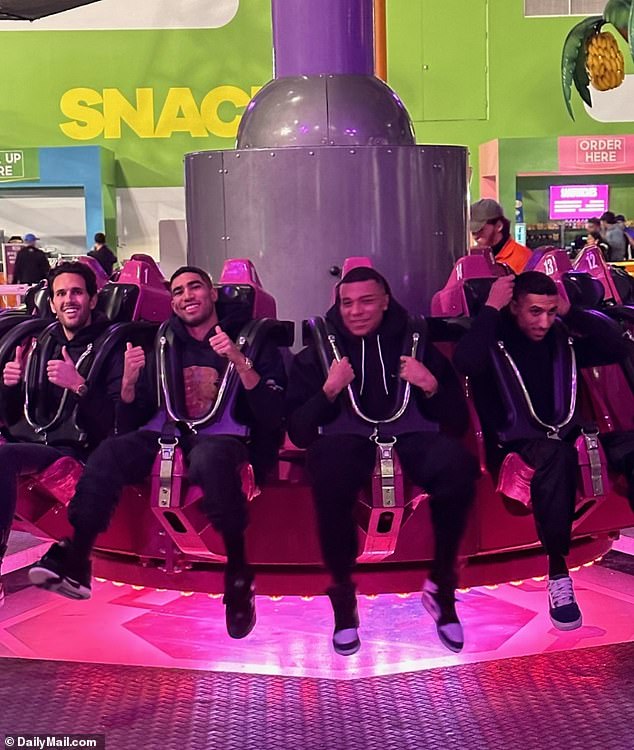 They were first escorted in VIP Pink Golf carts to the Western Hemisphere’s largest indoor amusement park, Nickelodeon Universe, where they reportedly had a blast.

At the amusement park, the pair both posed with their thumbs up before taking a rollercoaster ride with the owners.

From there, the group went to The Escape Game – New Jersey’s No 1 escape room, took a pit stop at Oreo Cafe inside IT’SUGAR, while finally rounding off their day trip at the largest indoor waterpark in North America, Dreamworks waterpark, which they had privately booked out for themselves.

The pair both made the latter stages of the World Cup with France going all the way to the final, while Morocco went out in the semifinals to Mbappe and Co. and eventually finished fourth. 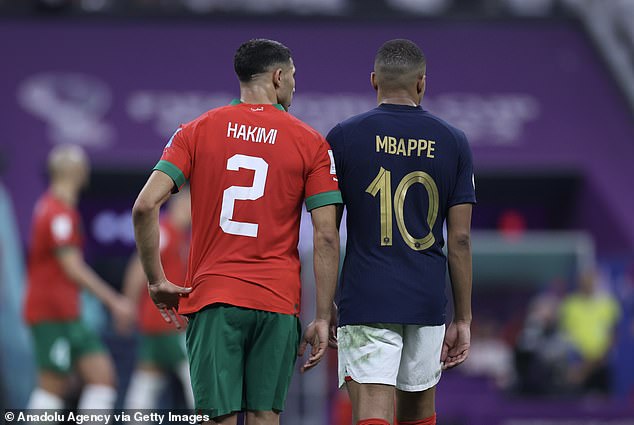 Mbappe made it to the World Cup final with France, while Hakimi’s Morocco finished fourth 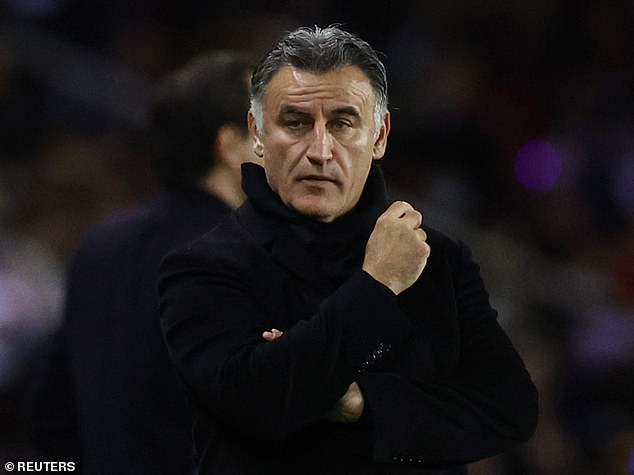 They quickly returned from international duty to feature in both of PSG’s opening two games after the tournament, but the French champions slipped to a 3-1 defeat against Lens on Sunday.

Both players started the shock defeat to Lens, playing the full 90 minutes, and were also involved in the previous match against Strasbourg.

Head coach Christophe Galtier claimed they need time to ‘recover’ having been rushed back into club action from the World Cup.

After jetting to the Big Apple, the teammates enjoyed sitting in the stands rather than being part of the action for once as they sat courtside to witness the Nets beat the San Antonio Spurs 139-103 on Monday night.

Kevin Durant was the star of the show as he scored 25 points, and the PSG duo posed for pictures with him on court, with Hakimi holding up a Nets jersey. 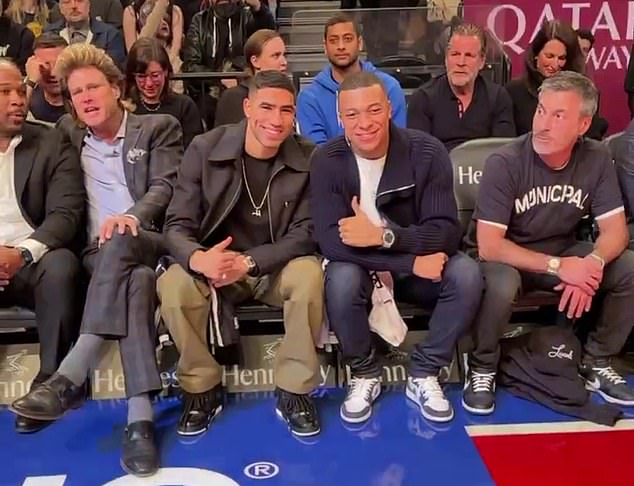 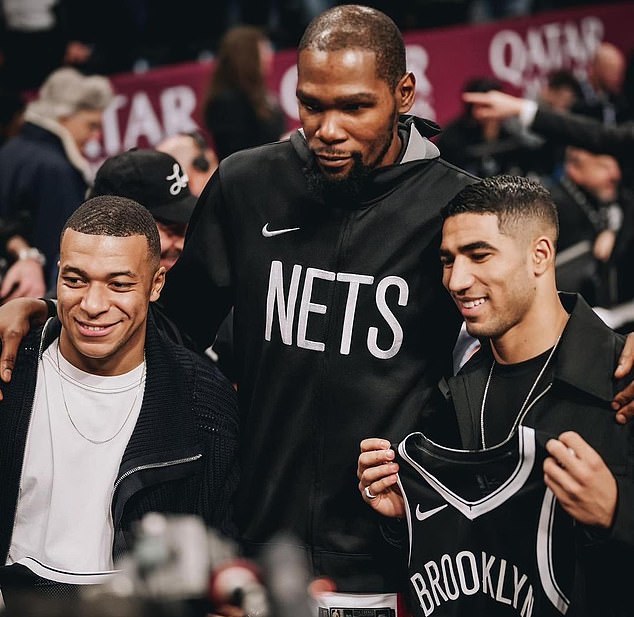 Mbappe posted the picture of the three men on his Instagram alongside the caption ‘Special night’.

Mbappe and Hakimi then caught up with the home team again after the match, with the former offering his congratulations as he greeted the players in the changing room.

‘Great game, guys. Congratulations. It was really fun to watch. Good luck for the season,’ Mbappe said as he made his way around the dressing room.

Bournemouth 0-0 Crystal Palace (11-10 on pens): Hosts through to Carabao Cup third round after mammoth shootout 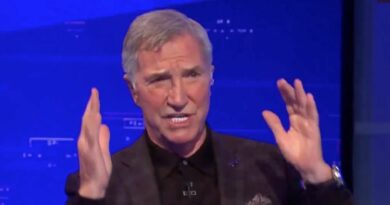