If you only pay attention to the Premier League you could be forgiven for thinking that Pep Guardiola has comprehensively trounced Jose Mourinho in the style wars. It’s a theory that will get plenty of air time in the run up to Sunday’s derby.

It has become a cliche to say that Guardiola’s tactics spring from the digital age whereas Mourinho looks very much an analogue-era coach. And there is a glimmer of truth is those broad statements. It’s hard not to see 2008, when Guardiola takes over at Barcelona, as a watershed in football, when passing again became predominant, technique trumped physique and pressing high up the pitch became de rigueur.

It’s unsatisfactory in that plenty of coaches, notably Marcelo Bielsa and Juan Manuel Lillo, predate Guardiola’s revolution, as did Ralf Rangnick and Jurgen Klopp in terms of the pressing element of the game. But it does mark a point at which those ideas became much more fashionable and influential and ultimately successful, with Guardiola’s two Champions League wins in his first three seasons at Barcelona signalling what seemed like a vindication for the Johan Cruyff school. 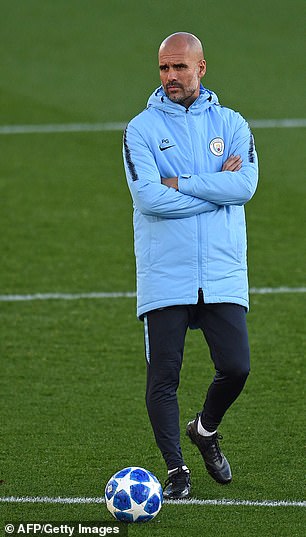 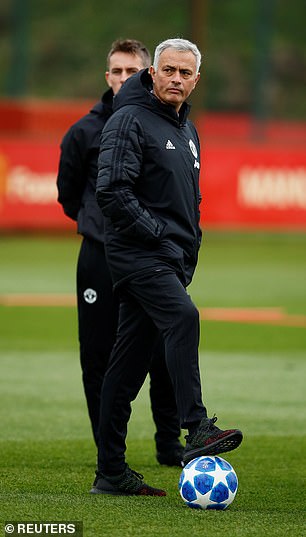 In England, the astounding football of Manchester City last season and the manner in which Guardiola has imposed himself on the Premier League feeds the theory. It’s hard not to recall the words of Cruyff’s son, Jordi, back in 2016 when Guardiola started out at City. ‘It’s not that coaches [we were talking about Pep] have to adapt to English football,’ he said. ‘It’s that English football has to adapt to the different, the new things of football.’

The duel between Guardiola and Mourinho is undoubtedly compelling on both a human and tactical level. Jonathan Wilson’s new book, ‘The Barcelona Legacy: Guardiola, Mourinho and the Fight For Football’s Soul’ is the place to start to examine this in full.

But if the Guardiola revolution has really triumphed, you might be forgiven for asking why is it not proving dominant in the Champions League? There was a period when Guardiola looked to have established the blueprint for global football wins, his two Champions League triumphs prefacing Spain’s global titles in 2008 (Euro) 2010 (World Cup) and 2012 (Euros).

Since then though, obviously, Guardiola hasn’t won the Champions League, falling at the semi-final stage in his three seasons with Bayern Munich and then in the last 16 and quarter-finals with Manchester City. 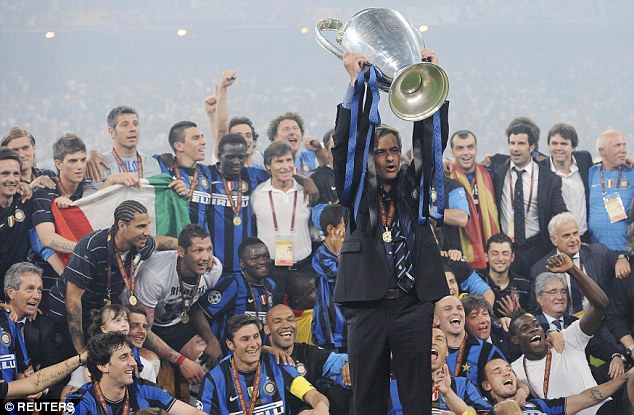 You could conceivably argue that the second half of the proposition has been fulfilled in that Jose Mourinho is far from the Champions League guru he once was. From 2004–14 he oversaw 10 full campaigns, won the trophy twice and reached the semi eight times. Since then, he has fallen in the last 16 with Chelsea in 2015 and United last season.

Yet he can hardly be blamed for missing out in 2016-17, when taking over at United, when he won the Europa League, the tournament for which United had qualified that season. This could easily be a blip. It is certainly isn’t yet statistically signficant, given that he has only completed two full campaigns since 2014. Even if it was, you could argue that it isn’t Mourinho’s style that has fallen out of fashion, but the man himself and that he isn’t the charismatic, motivational coach he was once was.

Analysing coaching styles among the Champions League teams in the past five years is tricky as, on one level, all you can say is that Zinedine Zidane (and to a latter extent Carlo Ancelotti) and Real Madrid rule supreme; four wins in five years tells at least one side of the story.

Yet as far as Zidane and Real Madrid had a defined style, it certainly wasn’t one modelled on Guardiola’s brand of football. At key moments they’ve conceded possession and counter-attacked. So Carlo Ancelotti knocked out Guardiola’s Bayern in 2014 with 31 per cent possession in the second leg, which they won 4-0; Zidane did the same against Jupp Heynckes’ Bayern last season, winning 4-3 on aggregate with 40 per cent possession over two legs. 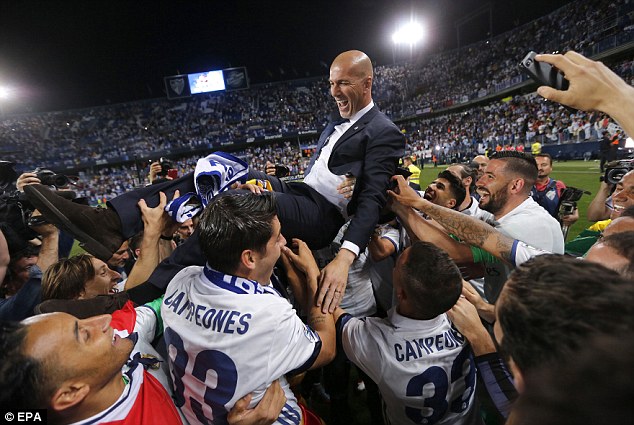 Obviously with the best players and biggest budget, Real Madrid more often than not will dominate possession. But it’s not an ideological obsession with Zidane and he seems more of a pragmatist. And his ilk are far more successful at present than Guardiola (or those that play like him).

The most-successful coaches in the Champions League over the past five years (apart from Zidane) in terms of semi-final appearances would be Max Allegri (three), Diego Simeone (three), Guardiola (three) with Heynckes and Ancelotti on two appearances. (Luis Enrique, as a winner in supreme style with Barca in 2015, deserves a mention; but even that wasn’t quite pure Guardiola/Cruyff football).

Allegri played Zidane in the semis last season and was happy to settle for 44 per cent possession at home and 38 per cent away from home. Simeone is surely the heir to Mourinho, an arch pragmatist with the same swagger and similar touch of alchemy that the United manager had in his prime. If pragmatic football (or even traditional English football virtues) needed a standard bearer, then it would be Simeone, the leading exponent of sitting deep (in the latter stages of the Champions League), using a big centre forward and a modern twist on 4-4-2.

Heynckes could also be said to be a pragmatist in that he has absorbed styles from all over the world, but his reboot at Bayern in 2013, when he won the tournament, owed more to Klopp and Rangnick than Guardiola. The intensive pressing and high line always seemed more a response to Borussia Dortmund’s threat rather than an attempt to ape Guardiola. 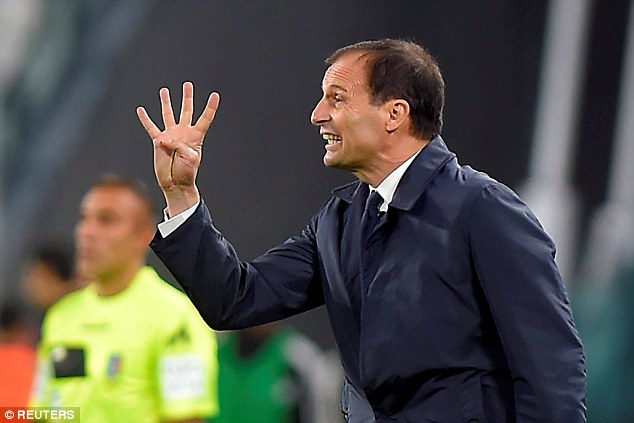 When you analyse it, though Guardiola has had enormous influence and huge success in Germany and England, his ideas haven’t yet overwhelmed Europe since he left Barca. There are perhaps some reasons why this style of football falls short at the highest level and under extreme pressure outside the Barcelona model and without Lionel Messi and they were debated here last season.

A personal view is that Guardiola will put that right this season: I would still have Manchester City down as my favourites. But there is a danger, especially with the Manchester derby looming, to see football through an Anglo-centric prism, as though one style was now dominant and another on the wane. It simply doesn’t look that way from a European perspective.

No-one can deny the monumental reach and influence of Guardiola and his mentor Cruyff. But there is more work to do. A victory in Madrid this June would be something, a demonstration that his principals can succeed at overwhelming the best Europe has to offer outside of the Barcelona model. But the fight for football’s soul? That’s far from resolved. 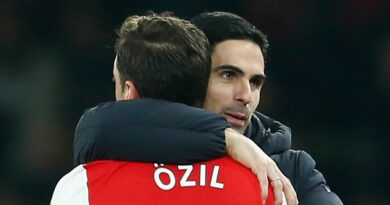 Coronavirus: Watford's Deeney says his family were abused over his stance on Premier League restart 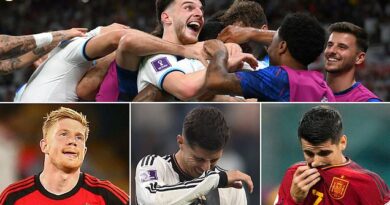 IAN LADYMAN: England have dodged the chaos… now they can cash in