Liverpool take on Arsenal in the Carabao Cup on Wednesday night – but who will Jurgen Klopp decide to start the game?

The Reds are flying high at the top of the Premier League right now after dropping only two points from their opening 10 league games.

As a result, Klopp is expected to ring the changes for the visit of the Gunners to Anfield.

This was the case for the third-round win over MK Dons, where the German called upon a combination of academy starlets and senior squad members not regulars in the first team.

Caoimhin Kelleher is guaranteed to start in goal, while Neco Williams and Sepp van den Berg are in line to benefit from the absence of Ki-Jana Hoever and Joel Matip due to international duty and injury respectively to make their first-team debuts.

Elsewhere, there will be further opportunities for Naby Keita and Alex Oxlade-Chamberlain to build on their impressive showings at Genk in the Champions League last week.

Joe Gomez should also play in defence, possibly alongside James Milner, who will add some experience to the team.

Adam Lallana could also be handed a start in midfield, while Divock Origi and Rhian Brewster may come back in.

Brewster made his Reds debut in the 2-0 win at MK Dons and will be hoping to bag his first goal for the club.

Curtis Jones impressed in the last round and will surely be handed another start by club.

Arsenal look likely play their young players and fans could be in for an entertaining night at Anfield.

Unai Emery will still be smarting after the Gunners sacrificed a 2-0 lead to draw at home to Crystal Palace on Sunday.

It is safe to say that Granit Xhaka will not feature for the side after his angry confrontation with his home fans after being substituted in that game.

Fans and pundits alike are calling for the Swiss international to be stripped of the club captaincy after the outburst. 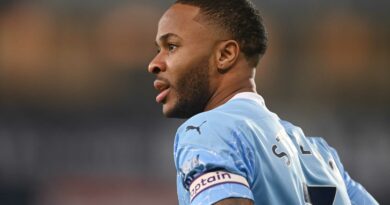